They are the players celebrated by their own but rival fans love to hate.

In the era of gegenpressing and double pivots, it is easy to forget that matches can still be won with the shameless use of a hardman. The on-pitch enforcer who defends his team-mates by any means necessary, and makes opponents think twice about trying anything.

The Premier League era has been littered with a host of hardmen, ranging from those who'd persistently offend to cult heroes who once saw the red mist descend in a moment of madness. But for several of these tough tacklers, it was an on-field persona which lifted as soon as they stepped off the pitch.

READ NEXT: 7 blockbuster transfers that never got over the line as Man Utd wait on Frenkie de Jong

So without further ado, here is a look at seven notorious hardmen who are actually nice – as long as you weren't playing against them. 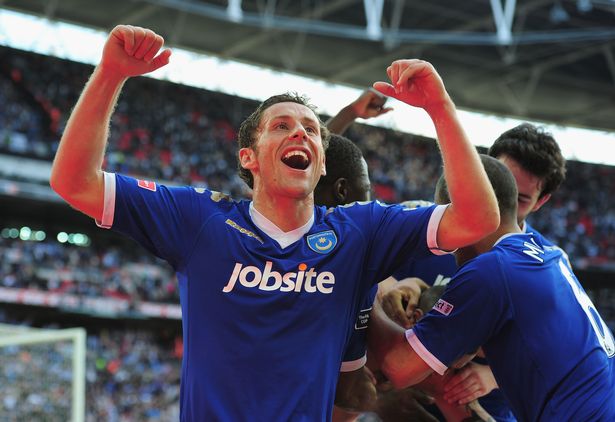 The former Leeds United, Manchester City and Tottenham midfielder enjoyed a senior career spanning more than 20 years. Brown enjoyed a nomadic stint in the game, and spent eight consecutive seasons in the Premier League before finishing his career at Port Vale.

The Sheffield United hero is now forging a career as mild-mannered pundit, but the 45-year-old was once accused by Sir Alex Ferguson of threatening Ryan Giggs' career with a disgusting challenge. Brown appeared to stamp on the winger's leg during a 5-1 defeat for Fulham at Old Trafford in 2007, but somehow escaped with just a yellow card.

The former Chelsea maverick's status as a football hardman was recently brought into question by Micah Richards and Alan Shearer on a BBC podcast. However, it is fair to say the Brazil international had his fair share of scrapes with opponents and referees.

Former international team-mate Thiago Silva insists this persona on the pitch was all just an act from the 33-year-old who is currently a free agent. The current Blues defender once told French outlet Le Parisien: “He is a very good boy off the pitch. He makes you laugh. But, on the pitch, it is difficult. "

It feels harsh to judge a Premier League and Eredivise winner by a single moment. But when that moment happens to be a kung-fu kick to the stomach in a World Cup final, it is safe to say it is impossible to ignore.

De Jong somehow was not dismissed for the martial-arts manoeuvre on Xabi Alonso during the Netherlands' defeat to Spain. However, the former Manchester City midfielder is making a name for himself as a pundit with beIN Sports due to his calm and astute observations.

The former Wales striker played in the Premier League for five different teams, but it was during his time at West Ham when he was involved in an infamous training ground bust-up with Eyal Berkovic. A poor challenge led the Israel international to throw a punch at Hartson, only for the forward to turn around and promptly boot the playmaker in the face.

Hartson suffered no nonsense on the pitch, but is now known for his charity work with the foundation in his name following his battle with testicular striker. The 47-year-old overcame the disease after a stage-four diagnosis, and combines his media work with events to raise awareness.

The veteran defender famous for his no-nonsense approach at Real Madrid is remarkably still going strong in the sport at the age of 39. Pepe made 33 appearances for Porto last season, and has one year left on his deal.

The centre-back's misdemeanours during his time with Real include a stamp on Lionel Messi's hand, a red card for head-butting Thomas Muller, and a 10-match ban for kicking Getafe’s Javier Casquero twice before striking his teammate Juan Albin in the face. However, former Maritimo manager Nelo Vingada insists Pepe is the 'sweetest guy in the world' who adopts a 'unique identity' on the pitch.

The Newcastle United legend remains the all-time leading goalscorer in the Premier League, although this record looks under threat from Harry Kane. Shearer famously shunned an offer from Manchester United to return to his beloved Toon and break Jackie Milburn's black-and-white record.

The former England striker is now a regular pundit for the BBC, Amazon Prime and the Premier League's international broadcasters, and has also setup a foundation in his own name to provide support to those living with complex disabilities. But on the pitch, it was not just goals Shearer was remembered for, having memorably squared up to Roy Keane at St James' Park and once avoiding a red card for booting Neil Lennon in the face.

The current Crystal Palace manager has made a positive start to management in the Premier League, guiding the Eagles to a 12th-placed finish and an FA Cup semi-final in his first season. Vieira is widely accepted to be one of the division's all-time great midfielders following his nine-year stint with Arsenal.

The World Cup winner combined aggression with precision in possession, but this combative edge led to several high-profile clashes with Manchester United's own hardman Keane. Vieira was sent off 10 times in his Gunners career, and was a force to be reckoned with during Arsene Wenger's glory years.