Vincent Aboubakar refused to speak to journalists waiting in the mixed zone following his controversial comments about Mohamed Salah.

The Al Nassr striker was on the losing side of the second Africa Cup of Nations semi-final as Cameroon were defeated 3-1 on penalties by Egypt.

Aboubakar played the full game and was the only Cameroon player to score from their four penalties in the shootout as the hosts’ chances of winning a sixth tournament slipped away. 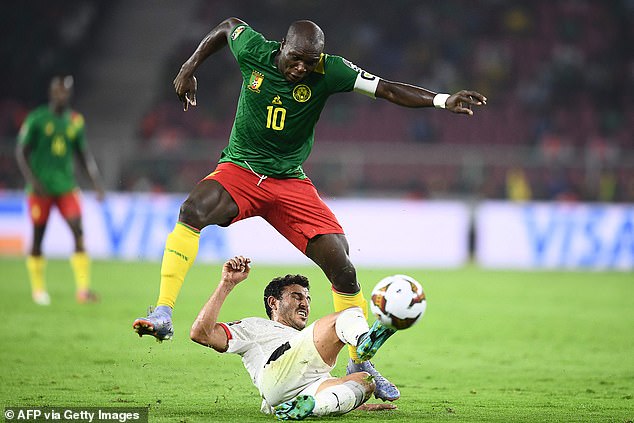 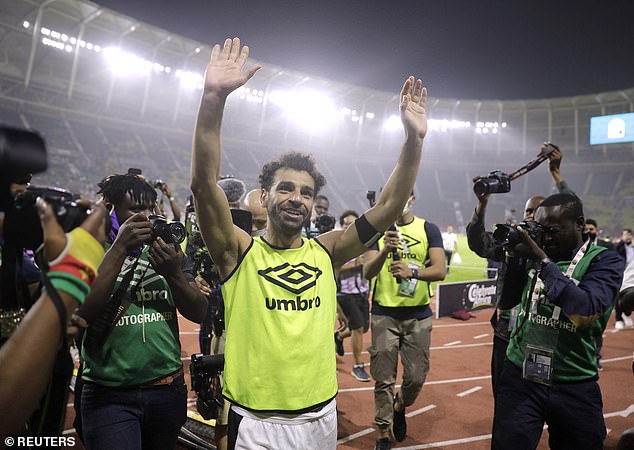 And the 30-year-old former Porto forward was in no mood to talk to reporters waiting after the game in the mixed zone, glumly walking past them and dragging his suitcase alongside him.

It comes after he fired shots at Liverpool star Salah before Thursday’s semi-final, claiming the former ‘doesn’t impress’ him and accusing the winger of not producing much during games.

In an interview with Then24, Aboubakar said: ‘He doesn’t impress me much. I say it clearly because I’m an honest person and I have my way of seeing things.

‘If he impressed me, I would say so. But he doesn’t impress me much. 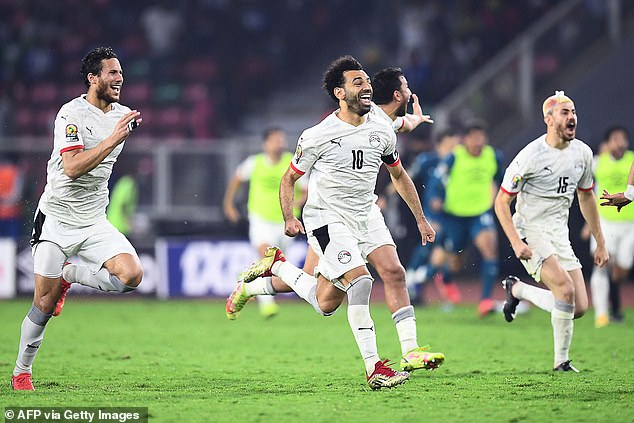 ‘He’s a good player, he scores a lot but he doesn’t produce a lot of stuff in the game.

‘Of course, he’s doing good stuff in the Premier League because he’s been in a team that’s been there for years. He’s a good player but not at the level of some like (Kylian) Mbappe.’

Aboubakar had been in electric form for Cameroon at AFCON prior to the showdown against Egypt, with no player having scored more than his six goals in the current competition.

Salah however was in inspired form for his country in the quarter-final against Morocco, scoring a second-half equaliser after Sofiane Boufal’s opener before producing a great assist for Trezeguet to score the winner in extra-time. 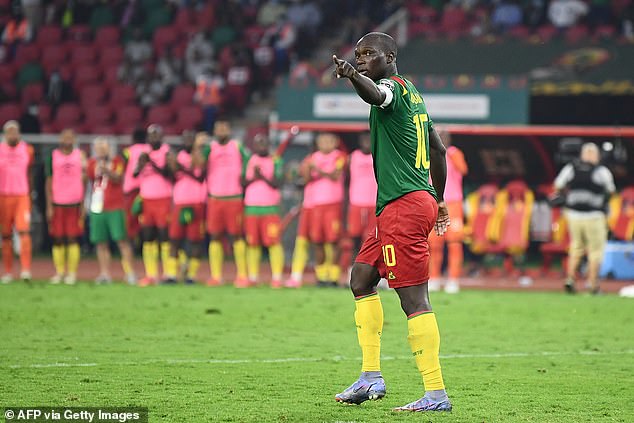 The Egyptian will now face Liverpool team-mate Sadio Mane in Sunday’s final, with Senegal hoping for their maiden AFCON title.

Despite the Cameroon striker’s comments, Salah is also the topscorer in the Premier League with 16 goals in 20 appearances.

He is also second in assists on nine – only behind team-mate Trent Alexander Arnold.