Sergio Aguero will officially become a Barcelona player on Monday evening after agreeing terms to join the Spanish giants.

Aguero is a free agent after playing his final game for Manchester City on Saturday night as they lost the Champions League final to Chelsea 1-0.

The 32-year-old has agreed a two-year deal with Barca and will put pen-to-paper on that deal at 5pm on Monday. 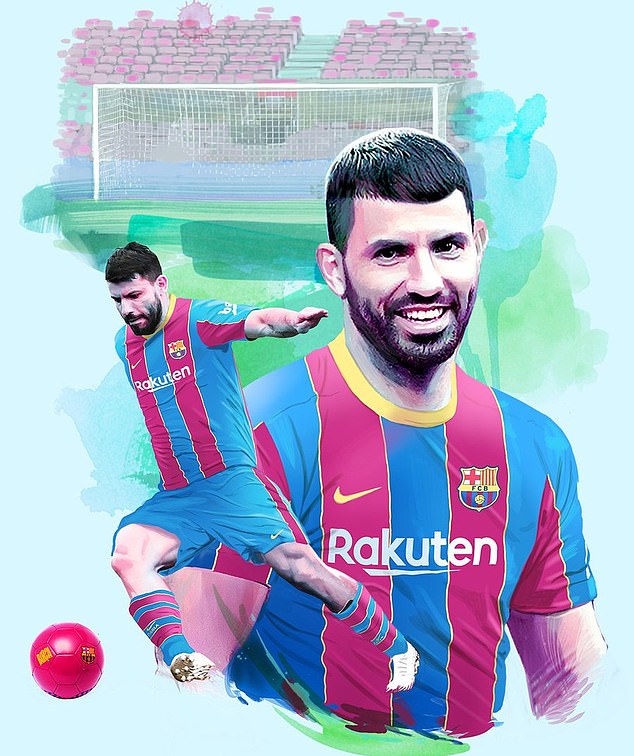 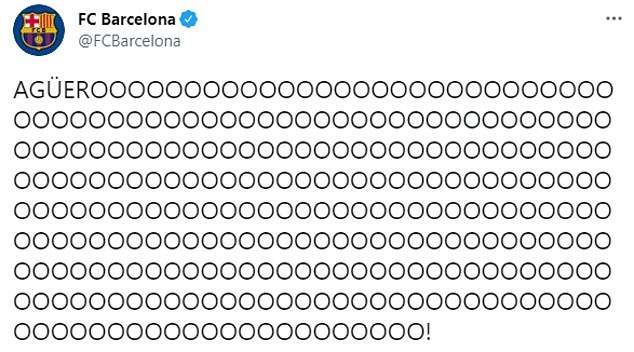 After signing his contract, Aguero will then be officially presented as a Barca player at 6pm.

‘FC Barcelona and Sergio ‘Kun’ Aguero have reached an agreement for the player to join the Club from 1 July when his contract with Manchester City expires,’ Barca announced in a statement on their website.

‘The player will sign a contract until the end of the 2022-23 season and his buy out clause is set at 100 million euros.

‘Kun’ Aguero’s presentation will take place on Monday with the following agenda (all times CEST):

‘At 6.00pm: Signing of the contract in the President Sunol suite in a private event.

His move sees him reunited with his Argentina team-mate Lionel Messi at Barca and the pair could form a tantalising attacking quartet with Antoine Griezmann and Ousmane Dembele.

City announced on March 29 that Aguero’s contract would not be renewed and that his 10-year stint at the club would end this summer.

Aguero joined City from Atletico Madrid in 2011 and went on to score 260 goals for the club, none more important than the stoppage-time strike which sealed the 2012 Premier League title.

In all, he won five Premier League titles, one FA Cup and six League Cups with City.

Aguero, who turns 33 on Wednesday, began his professional career with Argentinian club Independiente before joining Atletico in 2006, where he won the Europa League in 2010.