‘How can they say they said it but they can’t deem it as racist? They let me down’: Adebayo Akinfenwa claims FA could have stamped racial terminology out of the game had they punished Fleetwood Town staff member who called him a ‘fat water buffalo’

Adebayo Akinfenwa insists he was let down by the FA after he was called a fat water buffalo by a member of the Fleetwood Town staff.

The Wycombe striker was incensed after ‘repeatedly’ being called it during last season’s League One play-off semi-final between the two sides, saying he felt ‘dehumanised’ by what he felt was a racist term.

The FA decided that the term was not a racial slur and therefore the Fleetwood staff member was cleared – a verdict that last month left Akinfenwa ‘disappointed – and now the forward claims it is incomprehensible given that they admitted it was said. 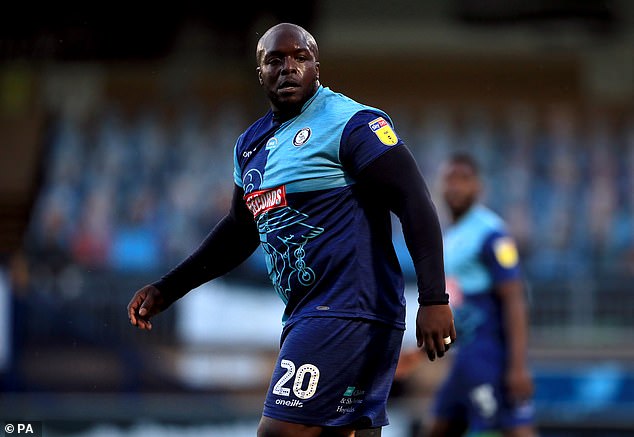 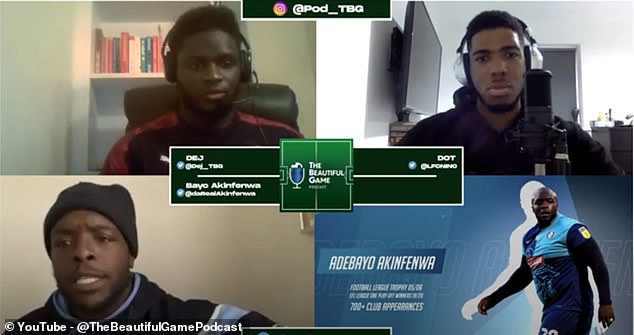 ‘I was not actually surprised, but I was. I didn’t expect anything different but then it came out and you think ‘rah, this is what they came with,’ Akinfenwa told The Beautiful Game Podcast.

‘That’s the bad thing, how can they say, you know what, they said it but they can’t deem it as racist, or they are unsure and they can’t prove it as racist? I never heard the comment, it was told to me 24 hours later by white members of my team, who deemed it as racist.’

Akinfenwa added that by not following their own example of introducing a complete ban on betting on football for all players and managers in 2014, the FA passed up the chance to stamp racial terminology out of the game for good while also fearing there could be similar repeat incidents. 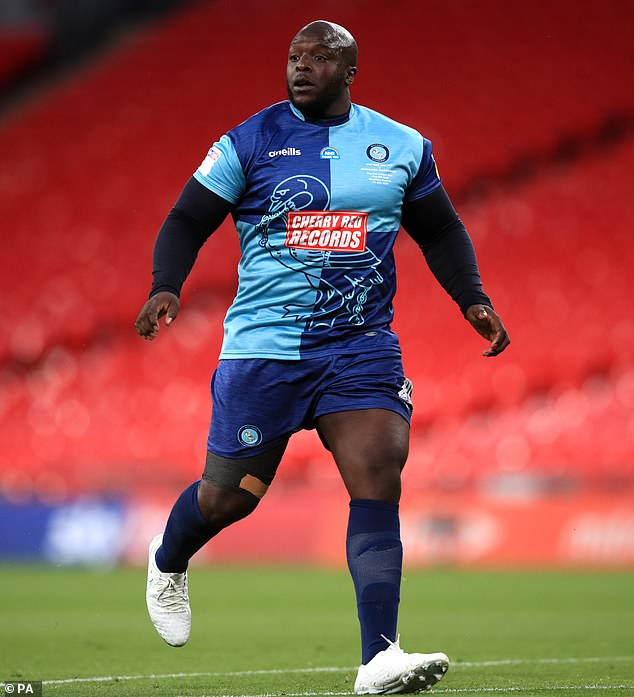 The FA decided that the term was not a racial slur, a verdict which disappointed Akinfenwa

‘They had the opportunity right now to stamp out anything racial or racial terminology and say no grey areas. But they didn’t, they said ‘yes we know it was said, but we can’t prove it was, but we cant prove it wasn’t’.

‘If we are going to do something and change the game and change society they could have done something there but they chose not to. For all of you that say you want a more inclusive game, you really don’t because you had a chance to make a stand and you chose not to.’ 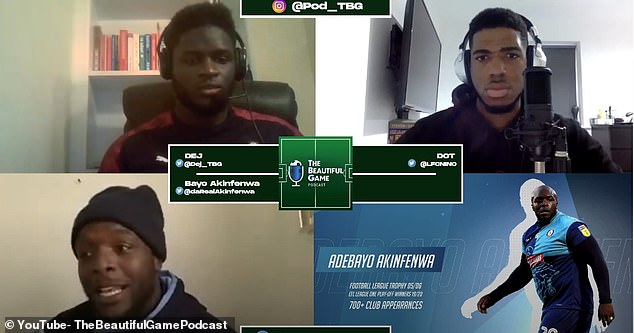 Akinfenwa’s comments come after he made his own statement on Instagram following the FA’s ruling on the incident last month, where he admitted his disappointment but added he was not surprised.

‘I just received the outcome from the FA on my complaint. Am I disappointed? Yes. Am I surprised? No.

‘See, they basically confirmed that a comment was said, but said that it could be deemed racist or not racist so they aired on the caution of it not being racist. I was told about this comment 24 hours after the comment was said and I got told by white members of my football club. And they waited 24 hours to tell me because they know how I would have reacted if they told me on that day.

‘See, the FA had an opportunity to stamp this out and say that there is no grey areas, wrong is wrong and so it never happens again we are going to follow through. They chose not to.’

Tags: Akinfenwa, claims, could, fa, have
You may also like
Latest Posts