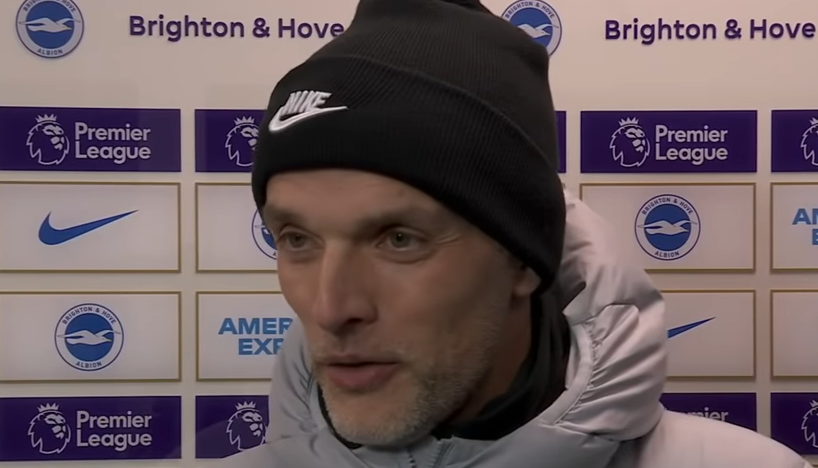 The Champions League holders boast one of the strongest squads in the Premier League and looked on course to challenge for the title when they led the table in early December, following a fine start to the season.

Injuries and a Covid outbreak limited Tuchel’s options during the festive period but Shearer believes the German still had enough at his disposal to be able to comfortably navigate a hectic schedule.

Instead, the former England captain believes the negative messages Tuchel has been sending out has impacted adversely on a group of players who looked out of sorts at Brighton last night during a disappointing 1-1 draw.

Chelsea have now gone four games without a Premier League victory and trail leaders Manchester City by an insurmountable 12 points, having played a game more.

Responding to Tuchel’s claim that his players, who have been granted two days off, are shot to pieces, Shearer said: ‘I don’t accept it. I’m not having that. I get that it has been a tough time for every football club in the world.

‘They’ve all had very difficult circumstances. But he’s got a bench that’s worth £220million.

Kovacic, Havertz, Pulisic, Werner. He left Mount out on Saturday, brought him back in tonight.

‘I know they’ve played more games than anyone else but if you keep telling player they’re tired and they can’t play the amount of games they are eventually going to believe you.

‘That’s all that we are hearing nowadays. You can’t have sympathy for a football club like Chelsea when he’s effectively saying he hasn’t got enough players.

‘What about the likes of Burnley, Norwich, Brighton and Newcastle? It doesn’t wash sometimes.’