Liverpool lost 3-0 to Watford at Vicarage Road on Saturday and Alan Shearer singled out Dejan Lovren in particular after the game for making mistakes at the back. Reds boss Jurgen Klopp brought Lovren into his starting XI after Joe Gomez was ruled out because of a fitness issue.

The Reds’ vulnerability at the back was then exploited by Watford’s attacking pair of Ismaila Sarr and club captain Troy Deeney.

Sarr grabbed himself a brace in the game and Deeney added the Hornet’s third to secure a victory that lifted Watford out of the relegation zone.

Shearer thinks all four of Liverpool’s defenders were “battered” throughout the game but singled out Lovern in particular for making the mistake of trying to be too physical with Deeney.

“They battered the back four,” Shearer said on BBC Match of the Day. 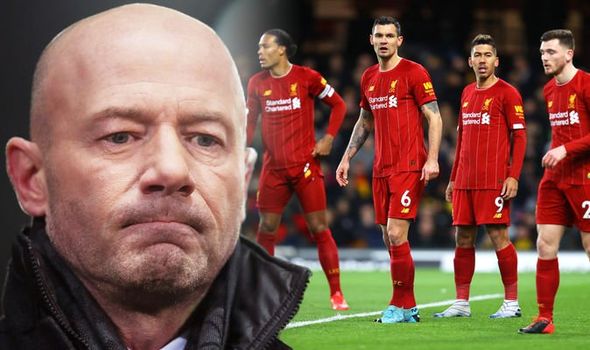 “Everything that came up to Deeney, he had a fight with Lovern and you can’t do that.

“Too many times that happened, Sarr getting the ball and turning.

“If they didn’t win the first ball they won the second one.”

The first goal came in the 54th minute when Sarr stabbed home a cross from team-mate Abdoulaye Doucoure.

The second came just six minutes later, when a back heel from Will Hughes allowed Deeney to send Sarr behind Liverpool’s backline and through onto goal, where the 22-year-old cooly chipped Liverpool’s goalkeeper Alisson Becker.

The third came from a long ball from Watford keeper Ben Foster, which Lovern had the chance to clear but was muscled off the ball.

“Get up Lovern, you have been pushed around all afternoon from Troy Deeney,” Shearer said when analysing the goal.

Sarr then picked up the ball and laid it off to Deeney who curled the ball into the back of the net from the edge of the box. 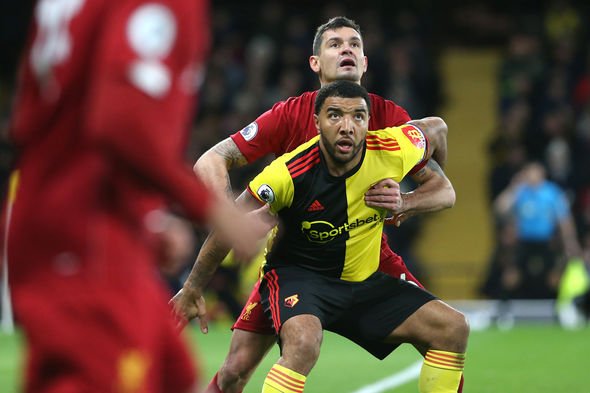 Shearer had high praise for both Sarr and Deeney for how they tormented the Liverpool defence on Saturday.

“They were too hot to handle for the Liverpool back four,” he added.

“But Nigel Person is not complaining, his tactics were absolutely spot-on and it worked perfectly for him and his team today.”

The loss for Liverpool was not only their first in the Premier League this season but it also ended the Reds’ chances of beating the record for the longest winning run in the competition.

Liverpool came into the clash having won their last 18 Premier League games and another win against Watford would have seen them set a new record.

However, the Reds still have a 22-point lead at the top of the league over second-placed Manchester City, and Jurgen Klopp’s men will now focus on their fifth round FA Cup tie against Chelsea on Tuesday.