Alexandre Lacazette believes he will be allowed to leave Arsenal this summer if they do not qualify for the Champions League. Arsenal signed Lacazette from Lyon in July 2017 for a then-club-record £46.5million fee, but the Frenchman has only experienced Europa League football with the club.

The 28-year-old will have just two years left to run on his contract at the end of the season and has now come to a stage where he will be allowed to leave if Arsenal do not make it into Europe’s premier competition for the fourth successive season.

The Times report that Lacazette has an understanding with Arsenal chiefs that they will sanction his departure should a club come in with the right offer.

He was linked with a move to Atletico Madrid in January and there would not be a shortage of clubs looking to sign the poacher.

Lacazette responded to reports about his future during a press conference ahead of Arsenal’s Europa League last 32 second leg against Olympiakos.

JUST IN: Maria Sharapova announces shock retirement from tennis at 32 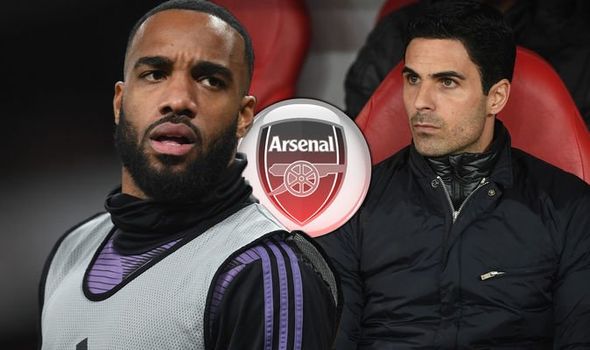 “I didn’t know about this (the contract reports),” he said.

“I have a contract with the club so there is no point for me to leave.”

Lacazette almost experienced his first taste of Champions League football at Emirates Stadium this season only for the Gunners to lose last season’s Europa League final 4-1 against Chelsea.

Winning the continent’s second-string competition looks like the most likely route to the Champions League again this campaign, with Mikel Arteta’s side seven points adrift of fourth-placed Chelsea.

Manchester City’s two-year ban from UEFA competitions could open up another Champions League spot in the Premier League but that punishment is under review by the Court of Arbitration for Sport.

Lacazette has scored 44 goals in 112 appearances for Arsenal and has largely been played as a central striker, pushing strike partner Pierre-Emerick Aubameyang to left-wing, much to some fans’ frustrations.

Demons were visibly exorcised when Lacazette broke a duck of nine games without a goal against Newcastle earlier this month and the frontman opened up on the difficulties he has been having.

“I really enjoyed my goal against Newcastle, because it was a long time that I didn’t score,” he said. 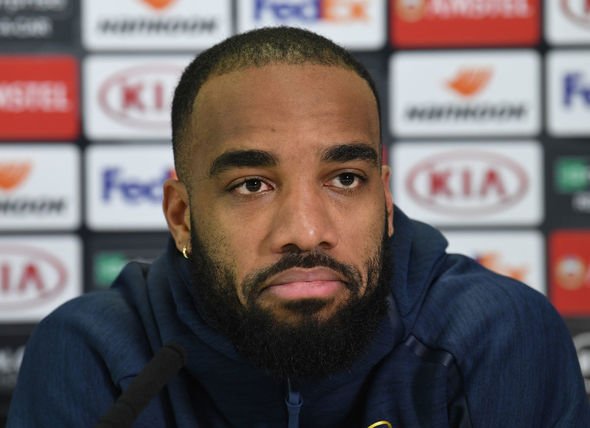 “And obviously, the way my teammates celebrated with me showed the mentality that we have now in the group. So it’s only positive things about this group.

“There is a pressure but it’s more about me because I want to score and I want to help my team. It was not the pressure of my transfer [fee].

“The coach, my team-mates [helped me through it]. Obviously I’m a striker but I’m not only here to score goals.

“I have to help the team to defend, to build up the game. For me it’s not the best thing when I’m not scoring, but they helped me through this.”