Arsenal striker Alexandre Lacazette will “100 per cent” change clubs this summer, reckons Liverpool legend Steve Nicol. Lacazette has struggled in front of goal this season, netting just nine times in 26 games in all competitions. He was a regular in head coach Mikel Arteta’s first few weeks in charge but has lost his starting spot in the last three Premier League games to academy graduate Eddie Nketiah.

Lacazette did score the vital winning goal off the bench in the 1-0 win over West Ham on Sunday.

But he has been linked with a move to La Liga side Atletico Madrid, a move Nicol believes would suit both parties.

Atletico were keen on signing Lacazette before he joined Arsenal in the summer of 2017.

“100 per cent, there’s no question, he will not be at Arsenal [next season],” Nicol told ESPN FC.

JUST IN: Coronavirus in sport LIVE: Champions League and Europa League meeting, F1 to be axed? 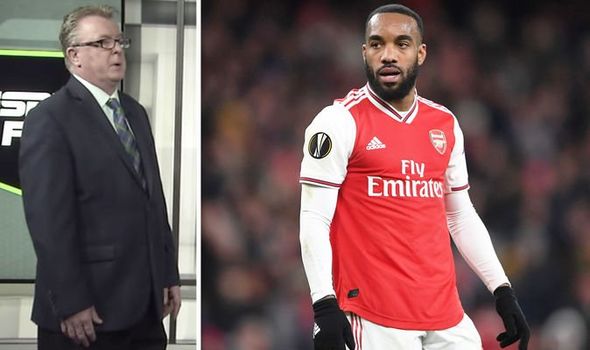 “He can’t get a game in any cup competition or the Premier League competition for Arsenal. That’s pretty clear Arteta doesn’t fancy him.

“And Atletico Madrid again, they’re struggling for goals from their front players as well.

“I think it’s the perfect move for both.”

Arteta explained his decision to leave Lacazette out against West Ham after the match at the Emirates.

The Spaniard said: “I have two strikers at the moment that are making life difficult for me but at the same time it’s very good.

“I decided to play Eddie today for the type of defenders they had and the game plan we had but knowing that we needed Lacazette in the final moments. He was ready to do that.

“I saw it straight away the moment I was talking with him, giving him instructions on the touchline, he was alert, focused and I could see in his face he was really determined to come out there and score the goal like he did.” 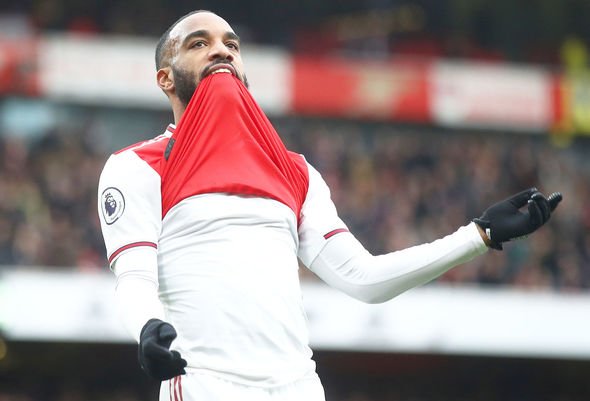 Arteta has also praised Lacazette for his continued commitment in training following his omission from the starting XI.

“The way he’s trying, the way he played even when he wasn’t scoring. He’s always at his best, training, his attitude is top.

“The same with the others so they all have a chance.”