Marcos Alonso and Diego Costa began the mind games early as Atletico Madrid and Chelsea prepare to face each other in the last 16 of the Champions League.

Alonso and Costa were team-mates at Stamford Bridge between the summer of 2016 and 2017 as they won the Premier League together under Antonio Conte, while Alonso was born in Madrid and started out his career at Atletico’s bitter rivals Real.

On hearing the draw Alonso posted on Instagram: ‘Back to my home city soon @championsleague’. Costa replied with the eyes emoji three times and the flame emoji, with Alonso firing back with the ‘crying with laughter’ emoji and two waving hands. 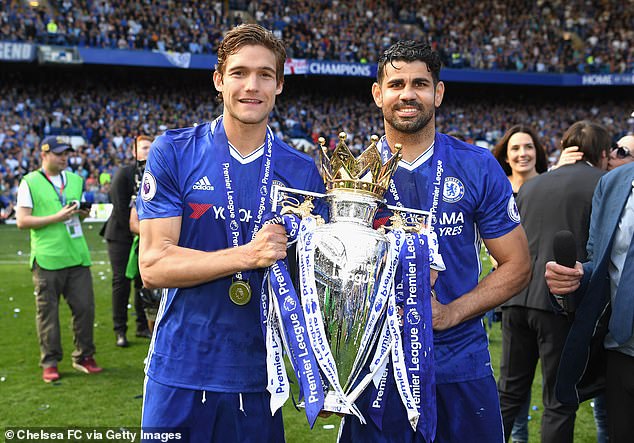 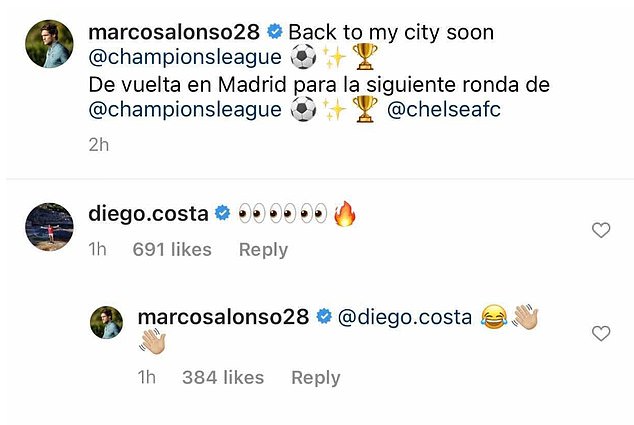 While Chelsea dropped to fifth in the Premier League after losing to Everton at the weekend, Atleti are second and are only behind LaLiga leaders Real Sociedad on goal difference with two games in hand on the side from San Sebastian.

They did however lose to 2-0 to Real Madrid at the weekend, with Casemiro scoring the winner before Jan Oblak’s own goal put the seal on the win.

Reacting to his side’s next European assignment, Chelsea boss Frank Lampard said: ‘I think most people will say it’s the toughest draw that we could have had when you go on current form in LaLiga, European experience, quality of team and play. Most people would say that.

‘But all draws are difficult in the Champions League. We have to have belief in ourselves. When that game comes round. We’re going to have to beat these sort of teams if you’re going to win the CL, so it is what it is.

‘I watched them knock Liverpool out last year, who are obviously a great team and have that experience and quality in the squad.

‘I think most people who certainly have said they are one of the toughest teams we could have drawn on paper. But we’ll have to turn up and do our job and be confident we can beat them.’

Manchester City face Borussia Monchengladbach, who are eighth in the Bundesliga, in the first round of the knockout phase, while Manchester United’s vanquishers RB Leipzig have the chance to knock out Liverpool. 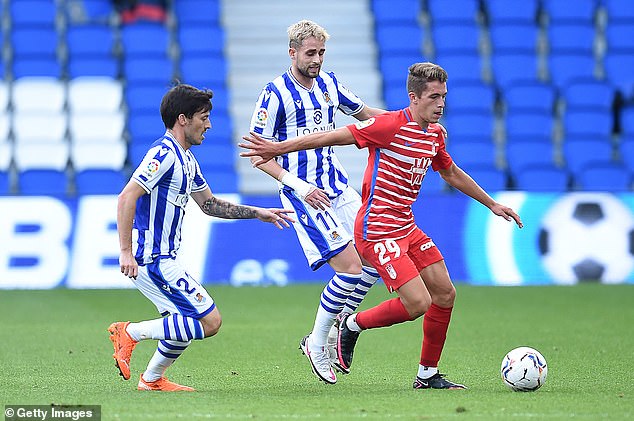 The highlight of the fixtures featuring non-English sides is Barcelona v Paris Saint-Germain, where the French side will be hoping to avoid a repeat of what happened four seasons ago, when they took a 4-0 first-leg lead only to embarrassingly relinquish their advantage as Barca won 6-1 at the Nou Camp, with Neymar scoring in the 88th and 91st minutes before Sergi Roberto’s 95th-minute winner brought the house down.

It will also be the first time the teams have met each other since Neymar switched clubs for a world-record transfer fee of £198million (€220m) in the summer of 2017.

Tags: Alonso, and, begin, Costa, Ga, mind
You may also like
Latest Posts