ALVISE CAGNAZZO: Roma are the only Serie A side that could move for Cristiano Ronaldo after his Man United exit… but he could upset the balance of Jose Mourinho’s side, and there is no guarantee that he’d improve the team’s misfiring attack

Cristiano Ronaldo’s time at Manchester United is up. Today he is a free player on the market, willing to give up some of his wages in order to prove to himself and the world that he is still a special player.

Ronaldo’s identity crisis has become a serious problem in the final part of his playing days. His extraordinary career has reached a fundamental intersection; the boundary between being a useful player and an indispensable one.

He still wants to be seen as the latter, but this was not going to happen under Erik ten Hag at United, leading to a painful separation between the player and the club. 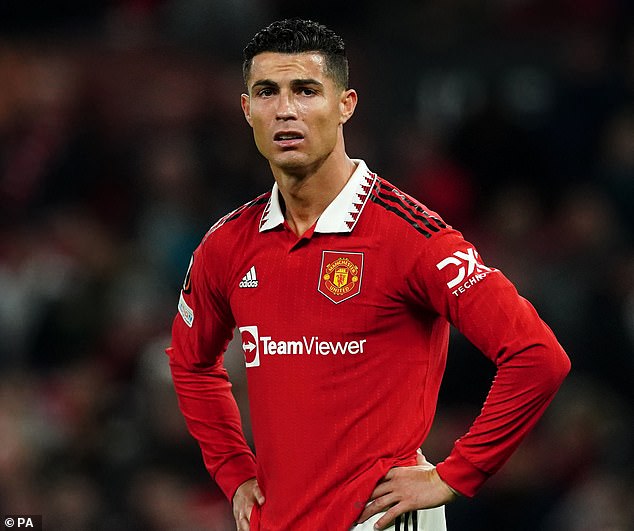 Ronaldo’s presence in any dressing room risks creating disagreements and tactical problems. The Portuguese star has become a lone figure who does not like confrontation with other players, a man who has lost his sense of balance by exceeding 500 million followers on Instagram.

Ronaldo’s real problem is his inability to hold back his selfishness, turning charisma into a poisonous potion that affects the rest of his team.

Rumours of a move to Roma have refused to go away, though, despite potential difficulties for the Serie A club due to the finances involved in the deal.

Perhaps it will remain an unspoken dream, yet Roma are the only Italian side that could potentially land Ronaldo, and it may be that no other club in Europe is capable of buying the 37-year-old right now.

Could Ronaldo and Mourinho work together again?

Ronaldo mentioned Jose Mourinho in his tell-all interview with Piers Morgan, claiming: ‘I have always remained myself and I have never had problems with great coaches like Jose Mourinho’.

Yet his words seem to be dictated only by his contempt for Ten Hag. Ronaldo is everyone’s friend, but he is also the enemy of anyone who dares to question his talent and his role in a team.

In Europe, there are few teams willing to invest in a player who lacks a sense of balance. In Serie A there is only one coach and one team willing to bet on him: Jose Mourinho and Roma. 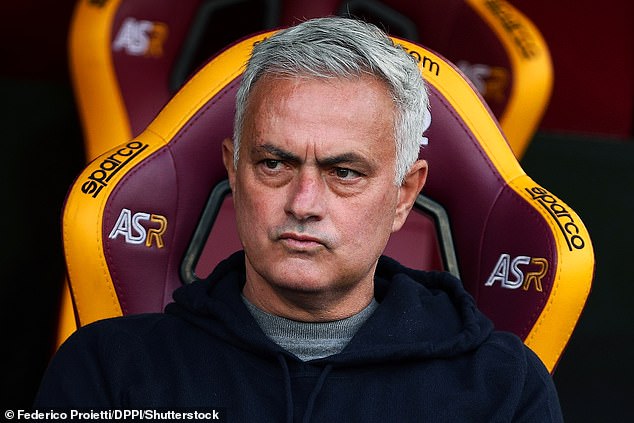 Jose Mourinho has worked with Ronaldo before, but could upset the balance of his side if he signs the Portuguese star

The Friedkin family have big ambitions and are slowly building an All Stars squad after signing Paulo Dybala, Georginio Wijnaldum and Nemanja Matic in the summer.

Bringing in Ronaldo would be a stunning transfer coup that would send the Eternal City into a tailspin, but it risks destroying the financial and technical assets that the team currently has in attack.

Mourinho would need to be ready to upset the balance of his team and this could be harmful. 4-2-3-1 and 4-3-3 would become the only formations with which Roma could try to make Dybala co-exist with Ronaldo, and this could leave Tammy Abraham and Andrea Belotti out in the cold. 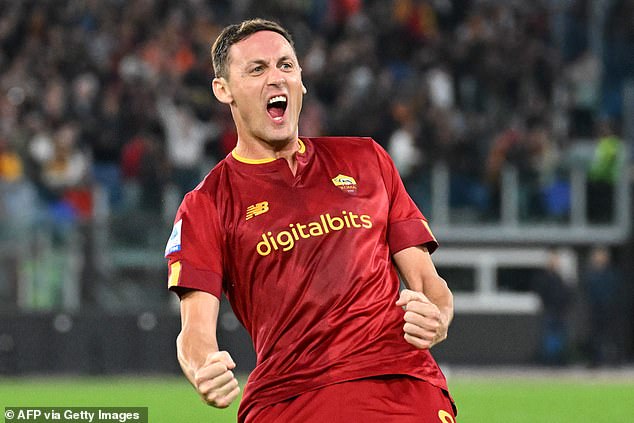 Roma made some high-profile signings in the summer, including Nemanja Matic

Roma need Ronaldo more than one might think because he is a unique star who would ignite the enthusiasm of the team.

Mourinho has a feeble attack which lacks charisma when compared with the other top Italian clubs – he would need a phenomenon like Ronaldo to be able to improve his attacking department qualitatively. But the problems with his arrival could get even worse.

Dybala, Abraham and Belotti have not delivered in the first part of the Serie A season. 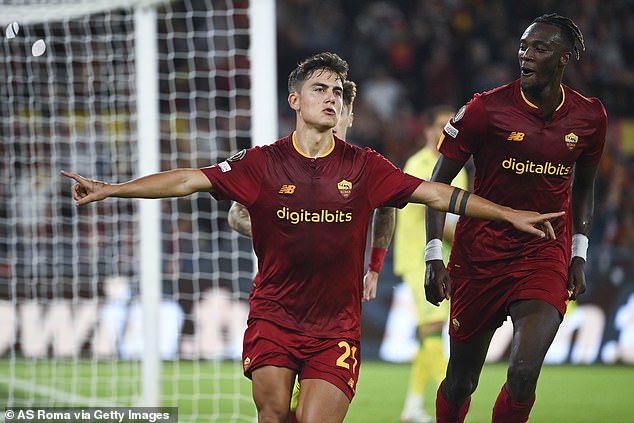 Paulo Dybala (left) struggled to click with Ronaldo when they were together at Juventus, while Tammy Abraham (right) has struggled at Roma this season

Roma have suffered from the lack of a reference in attack, with Abraham struggling to replicate his form of last season.

Mourinho has continued to demand more goals from the ex-Chelsea man, and Ronaldo’s arrival would crush Abraham’s chances of getting back to his best.

Dybala would also suffer from Ronaldo’s presence, as the same issues from their days at Juventus together would likely arise once more.

Belotti would find his first-team opportunities even more limited if Ronaldo joins Roma, given his underwhelming campaign so far season, and the fact that his contract is expiring next year.

Roma could benefit from adding Ronaldo to their squad, but clicking with the rest of the forwards could be a potential problem for Mourinho to deal with. 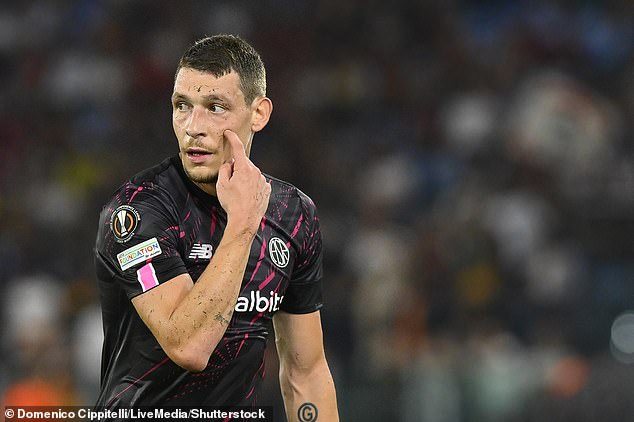