Amad could be in line for his full Manchester United debut following his first goal for the club last night in the Europa League draw with AC Milan. The Ivorian was summoned from the bench at the interval after Anthony Martial was forced off with a hip problem.

It was an opportunity that the teenage wonderkid, who was signed from Atalanta last October in a deal worth up to £37million, grasped with both hands.

He scored an improvised backwards header just five minutes after coming on to give United the lead.

His clever movement in behind was matched with a moment of brilliance as he put his name up in lights at Old Trafford.

More opportunities could come quickly for Amad, with United facing an injury crisis in attack. 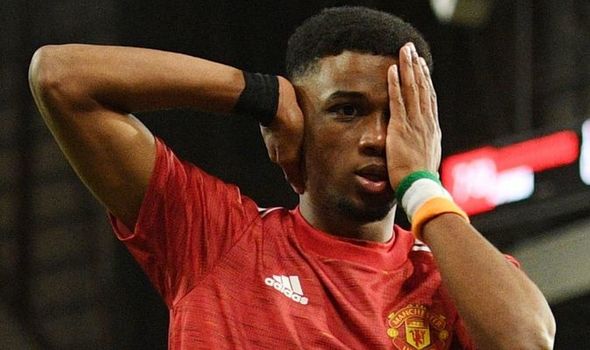 Ole Gunnar Solskjaer has confirmed that as many as six of his attacking players will miss the clash with the Hammers.

It means Amad looks set to start, while youngster Joe Hugill could be promoted to the first-team squad this weekend.

The 17-year-old striker has six goals to his name this season in five U18 Premier League matches.

The forward hit four goal and even gave up a penalty for Amad, who scored his second of the afternoon with a Panenka.

After the game, Solskjaer admitted that Hugill was knocking on the first-team door.

“We’re going to give him the time to settle in,” Solskjaer said on Amad. “If we go from that game [vs Liverpool], I’d pick Joe Hugill.

Behind the scenes, the club’s academy staff are already raving about his goalscoring instincts and believe he has what it takes to make the grade at United.

Since being appointed United boss, Solskjaer has needed no second invitation to throw the club’s youngsters in at the deep end.

On arguably his greatest night as United boss, the Norwegian unleashed Tahith Chong and Greenwood in the dramatic 3-1 Champions League comeback against PSG in March 2019, while James Garner and Angel Gomes were also involved.

Greenwood has come on leaps and bounds since then despite a disappointing campaign this term, having failed to build on last season’s goal tally of 17 in all competitions. 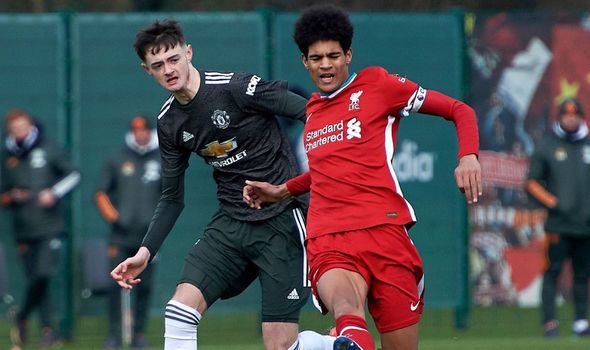 Shola Shoretire has also been part of the first-team picture in recent weeks, making his debut in the 3-1 win over Newcastle.

United are understood to be frustrated with Cavani’s fitness record of late and more opportunities could arise for Solskjaer’s young guns.

The Uruguayan has not featured since the 0-0 draw at Crystal Palace, which was his first game back from a muscle problem.

Meanwhile, Rashford is currently nursing an ankle injury that he sustained when tracking back in the 2-0 win at Manchester City.