Carlo Ancelotti has become the first manager to win the top-flight title in all of the ‘big five’ European leagues after Real Madrid claimed the La Liga trophy on Saturday.

The Italian had already won the Premier League, Serie ‘A’ in Italy, the German Bundesliga and Ligue 1 in France. 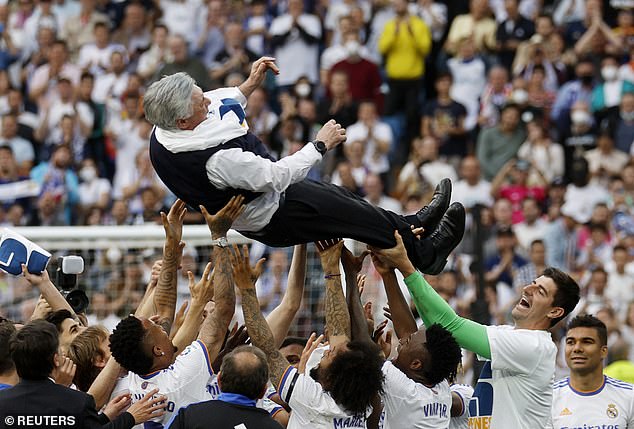 ‘A lot of emotion, we have met a challenge,’ Ancelotti said. ‘The season has been spectacular. Lots of consistency. I have to thank the players for their work and their attitude.

‘Today we have to celebrate, not talk. I want to celebrate. It fills me with pride to win in the five major leagues. I can say that I like what I do. It means I’ve done pretty well.’

Ancelotti lifted Serie ‘A’ with AC Milan back in 2004 – a year after guiding the Italian giants to Champions League glory – before he won the Premier League title with Chelsea six years later. 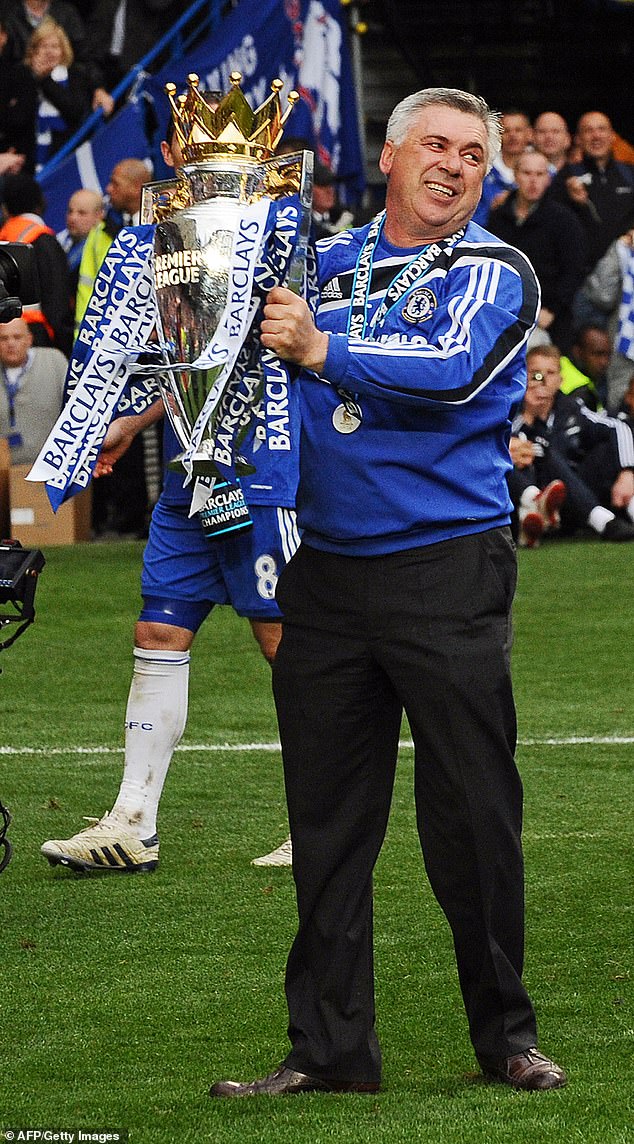 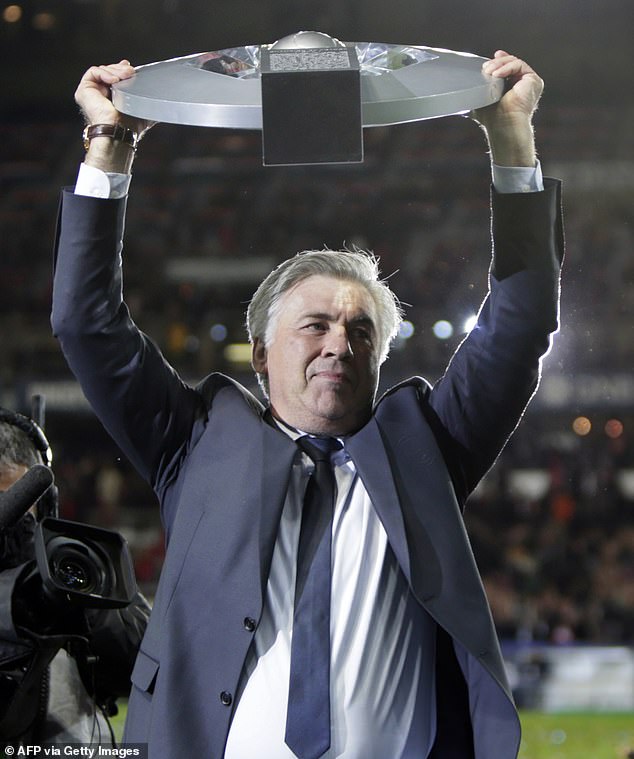 The Italian then went on to clinch the Ligue 1 crown with PSG in 2013 and the Bundesliga with Bayern Munich in the 2016-17 season.

The 62-year-old arrived for a second spell at Real last year knowing La Liga glory would propel him to a managerial record and his team delivered in style as the Spanish giants wrapped up the title with four games to go.

Real are 17 points clear of second-placed Sevilla, who were held to a 1-1 draw by Cadiz on Friday. 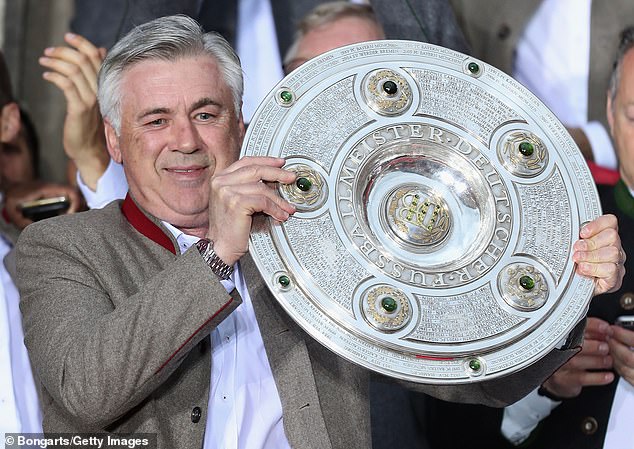 He is the also the oldest manager to win La Liga at 62 years and 325 days.

The La Liga title eluded the Italian coach during his first stint in Madrid, although he did win the famous ‘La Decima’ – the 10th European Cup in the club’s history – in 2014.