Henrikh Mkhitaryan thought he had given Roma the lead in the first half with a thunderous strike, only for the eagle-eyed referee to rule the goal out after spotting a handball from Tammy Abraham as the effort flew past the English striker.

The visitors looked like they were going to have to settle for a frustrating draw going into the latter stages of the match as Andriy Shevchenko’s Genoa frustrated their opponents in the new coach’s first game in charge. 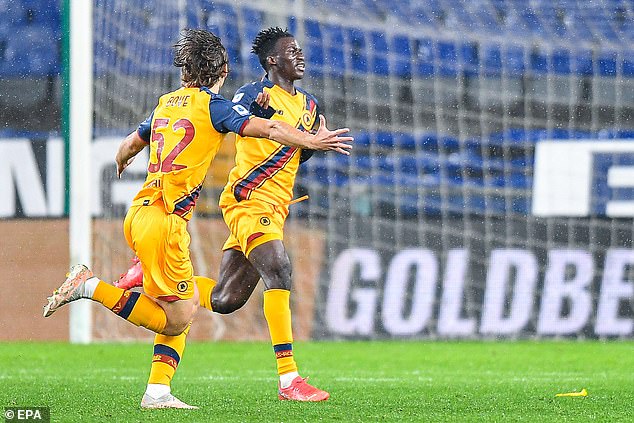 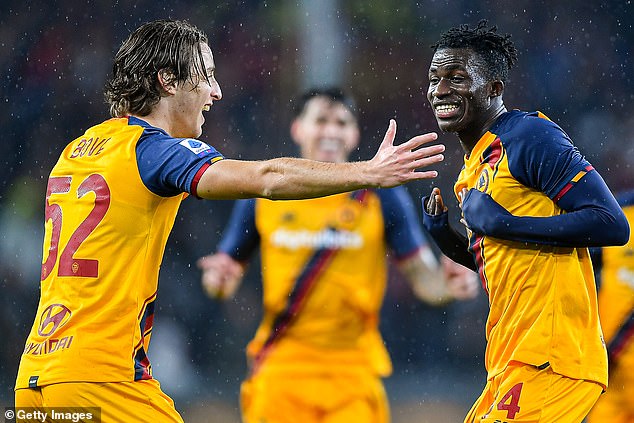 However, 18-year-old Afena-Gyan had other ideas and he scored in the 82nd minute to edge his side in front, running to celebrate with a jubilant Mourinho after finding the net, before curling a stoppage-time second to seal the win.

The victory, just Roma’s second in eight matches in all competitions, moved Mourinho’s men up to fifth in the standings, while Genoa stay 18th.

Afena-Gyan was delighted with his performance.

“Mourinho is a great person, a great manager and a great coach. He gives you the motivation to learn every day. I am very happy he is here,” he told DAZN. 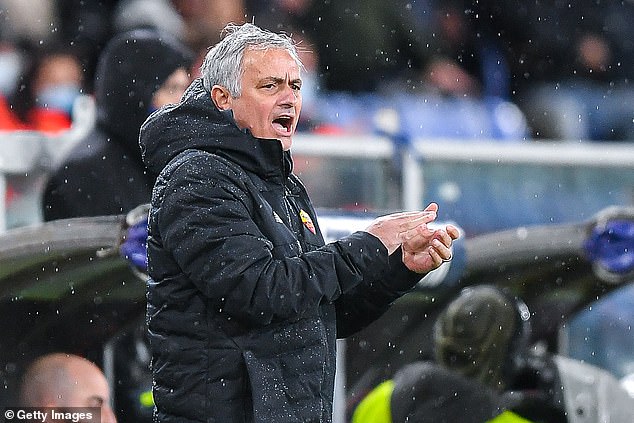 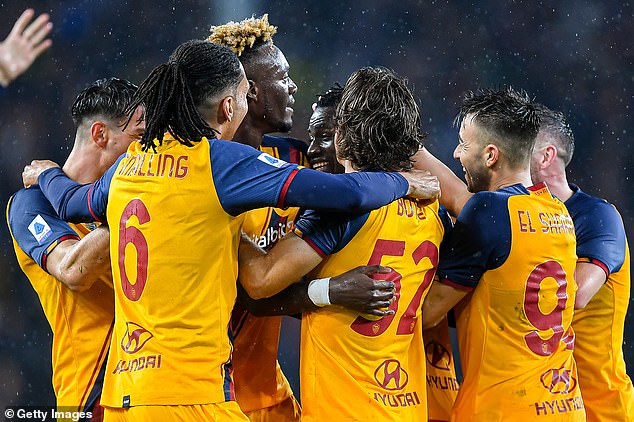 The 2-0 win lifted Roma up to fifth in Serie A, three points behind fourth-placed Atalanta 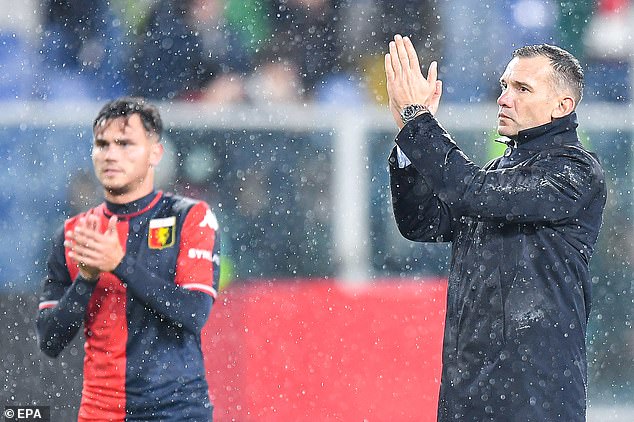 Mourinho explained why the youngster came to him to celebrate his opening goal.

“I promised him a very expensive pair of shoes, for 800 euros, and he came to me to make sure I didn’t forget,” he added.

“I really like his coldness, his physicality but above all his humility.