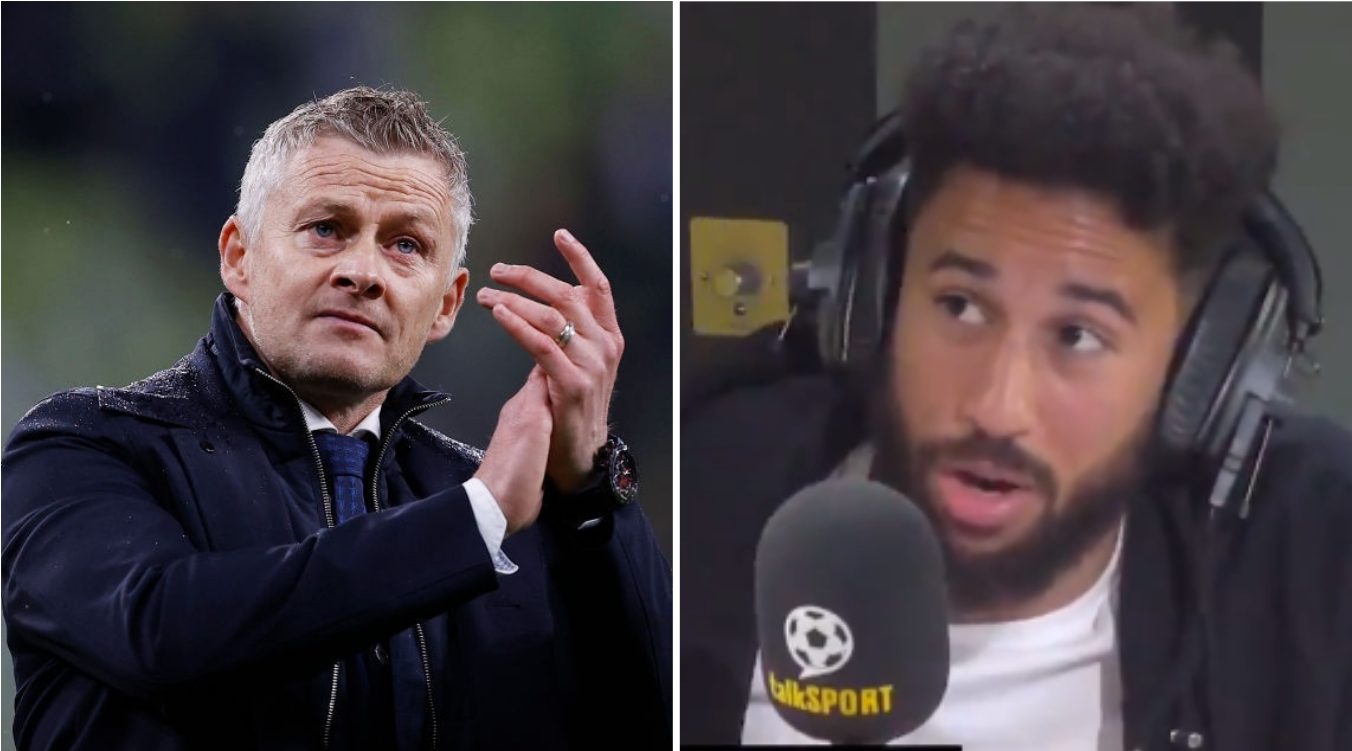 The Red Devils have turned their attentions to signing a new centre-back partner for club captain Harry Maguire after agreeing a deal with Borussia Dortmund to sign Jadon Sancho for £73million.

Varane, Pau Torres and Sergio Ramos have all been linked with moves to Old Trafford but United appear to be focusing on the France international Varane.

Having spent a decade at Real Madrid – where he has won four Champions Leagues and three La Liga titles – Varane is keen for a new challenge and Townsend believes he is ‘suited’ to the Premier League.

Manchester United have already had a number of bids for Varane rejected but are expected to return with an improved offer as they look to sign the World Cup winner.

‘If you look at Manchester United’s team, they are very top-heavy,’ Townsend told talkSPORT.

‘They have a lot of forward options and Jadon Sancho will give them another option but Varane, if he does come in, will solidify the back four.

‘He will give them extra strength, extra pace and somebody of his calibre is more suited to the Premier League.

‘He’s big, he’s strong, he is quick and I definitely think the Varane one takes them closer to where they want to be.’

Manchester United finished second in the Premier League last season and reached the Europa League final, and are ready to back Solskjaer with a number of new signings this summer.

But former France and Chelsea star Frank Leboeuf has questioned why Varane would want to join the Red Devils.

‘I like Varane he showed during the world cup of 2018 he was capable of leading the defence and doing a great job,’ he told ESPN.

‘But I’m sorry, we’re talking about Ramos and without Ramos Real Madrid’s defence wasn’t the same last season and Varane was leading that defence, so I still have some question marks.

‘That (Varane and Harry Maguire) could be a very good couple and they could work very well together because he’s an international player, he has experiences.