With the long-awaited arrival of Neil Lennon’s replacement finally confirmed, Celtic can move on from their season of discontent.

Ange Postecoglou’s appointment has come out of left-field, but became a necessity after drawn-out talks with former Bournemouth boss Eddie Howe eventually broke down.

Howe appeared to be a shoo-in, but Celtic quickly turned their attention to the 55-year-old former Australia head coach, who will immediately be in the spotlight as he tries to rebuild a broken squad, negotiate Champions League qualifiers and establish a foothold within Scottish football, all whilst trying to settle in Glasgow.

The pressure is on to lay the foundations for immediate success – but what needs to be done in the coming weeks to re-establish Celtic’s position at the top?

Handling the scrutiny of being Celtic boss

Glasgow is the ultimate football pressure cooker, like no other city in the UK with regards to the focus placed on its football stars. Postecoglou is unlikely to be afforded much goodwill from a support that has been rife with discontent for much of the past year.

Last season was a trying time for all football fans, locked out of grounds by the pandemic and denied their right to vent emotion, but Celtic’s demise on the pitch, although inside empty stadia, prompted some of their “supporters” to cause headlines of their own.

The shocking scenes of violence last November outside Celtic Park after a defeat to Ross County laid bare divisions between a vocal minority of Celtic’s fanbase and the club’s hierarchy. While some protested in person – at times breaking Covid-19 protocols in the process – Lennon, outgoing chief executive Peter Lawwell and majority shareholder Dermot Desmond have been in the last year subject to vitriolic criticism, particularly on social media platforms.

The initial likelihood of Howe’s arrival, together with his track record at Bournemouth, seemed to energise fans eager for a fresh start, but it is now Postecoglou who must make a quick impact.

Ultimately, only positive results will suffice. If Rangers streak ahead in the league in the autumn, or if Celtic fall short in Europe once more, the wrath of the masses will quickly envelop him.

In a wider perspective, this is an opportune moment for Celtic to reset. The obsession of reaching the fabled landmark of 10-in-a-row held the club back in recent years; after a season like no other, Postecoglou’s arrival, coupled with changes higher up, allow Celtic to take stock and then move forward with a more wholesome, less blinkered vision.

Incoming chief executive Dominic McKay joined Celtic early to help the massive rebuild on multiple fronts. Having surrendered the league title in meek fashion, many key figures from a glorious decade for Celtic are departing – or have already left. 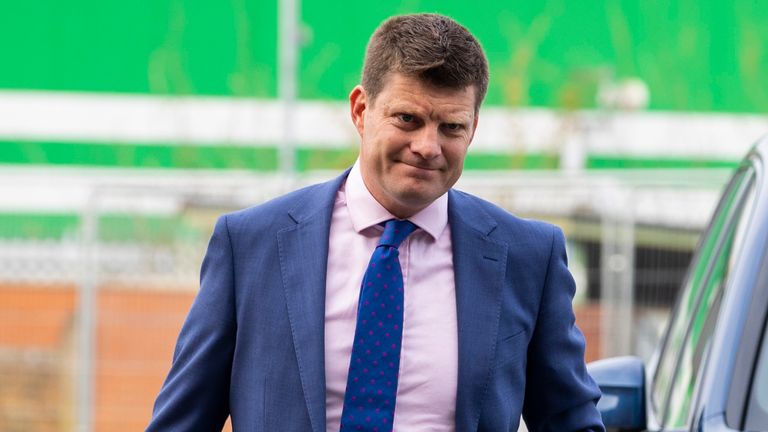 McKay’s decision to join the club almost three months early emphasised a desire from Celtic to get their house in order as soon as possible. Initially, he was not due to arrive until the start of July, shortly before Celtic’s new season begins with the Champions League qualifiers, which have become more hazardous with every passing year. Yet he has been involved since mid-April in the decision-making process around the managerial position, while meeting supporters groups and getting to grips with the complexities of running a football club.

The complete overhaul of Celtic’s entire football department is now beginning to crystallize. Neil Lennon’s exit in February was followed by that of head of football operations Nick Hammond in March, the man responsible for much of the recruitment over the last two seasons. 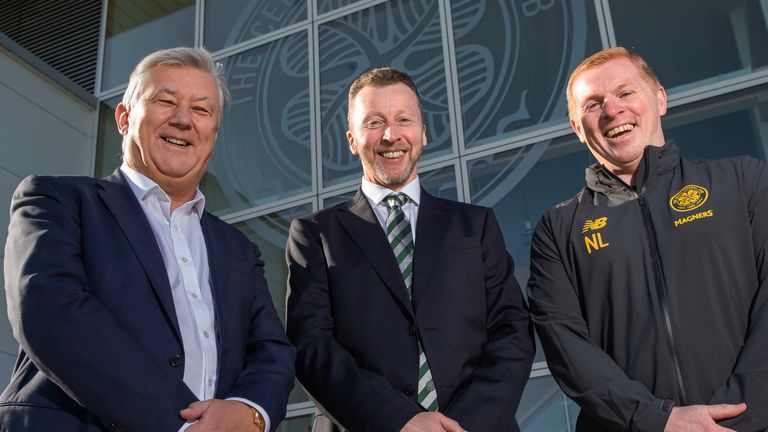 The position of sporting director still seems likely to be created, a role akin to that filled by Ross Wilson at Rangers. Bournemouth technical director Richard Hughes was tipped for a role alongside Howe, but Celtic’s board have always been intent on appointing their own figurehead, which is why Manchester City’s former Head of Football Partnerships Fergal Harkin was previously linked to the role.

Postecoglu’s lack of European experience will be a worry to Celtic fans, and at this stage it’s unclear who will take charge of recruitment, but the coaching setup also requires clarity.

Postecoglu may choose to inherit John Kennedy from the former coaching team, while former Rangers defender Kevin Muscat had briefly been linked with a return to Scottish football as an assistant coach. Whoever is lined up to support the new boss surely needs some knowledge of the Scottish game, and Celtic’s decidedly mixed recent record in the transfer market must improve to give Postecoglou a chance of success.

Celtic’s decidedly mixed recent record in the transfer market must improve to give Postecoglou a chance of success.

While Jeremie Frimpong was bought for just £300,000 from Man City and then sold to Bayer Leverkusen for more than £10m, more expensive arrivals such as Patryk Klimala and Albian Ajeti have disappointed. The ability to scout the lower leagues in England and foreign markets for undiscovered bargains, a once fruitful policy, faces its biggest test yet.

Celtic’s squad badly needs an injection of fresh capital and personnel, with some already heading out the door and others clearly keen to leave. Scott Brown’s departure to Aberdeen as a player-coach leaves a massive leadership gap that will probably never be filled. For all his advancing years and gradual decline, Brown’s influence in the Celtic dressing room and on the pitch was immeasurable.

Frimpong and Olivier Ntcham departed in the January window (though Ntcham is due back this summer), while Odsonne Edouard and Kristoffer Ajer may be the next to go in the coming weeks, if the price is right to cash in. Edouard is interesting Leicester, where he would be reunited with Brendan Rodgers, while Bayer Leverkusen are the latest club to chase Ajer.

Ryan Christie’s contract is running down with no sign he will extend it, and Callum McGregor is near the peak of his powers with suitors in England circling. If both play well for Scotland at the Euros, they will be in demand. Far from a gradual transition, the squad that won an “invincible” treble for Rodgers in 2016-2017 could soon be completely dismantled.

Celtic have three goalkeepers who have failed to shine, including one – Vasilis Barkas – who is threatening to be an expensive flop. The defence, suspect all season, requires a total rebuild. Ajer is itching to move on, Christopher Jullien is recovering from a serious injury and three loanees (Shane Duffy, Diego Laxalt and Jonjoe Kenny) have departed. Greg Taylor could be the long-term answer at left-back but at least four additions are required to establish some stability.

Options are stronger in the centre of midfield, where Ismaila Soro and David Turnbull have formed a positive young heartbeat for the future. McGregor’s future is uncertain: if he stays and inherits the captaincy from Brown, he could lead Celtic for the rest of his career, but the feeling persists he is ready to test himself at a higher level.

Nir Bitton and Tom Rogic both seem ready for a fresh start elsewhere, while reinforcements are required in the wide areas; loanee Mohamed Elyounoussi may not return, Mikey Johnston is yet to make a major breakthrough and James Forrest has only recently recovered from serious injury.

In attack, Klimala has departed for the MLS while Ajeti must prove quickly he can be a reliable replacement for Edouard – or be moved on at a loss. And what of Leigh Griffiths? A consistent goalscorer when sharp, he has been unable to reach full fitness since the start of the pandemic, and Celtic are yet to confirm if they are activating the option on his contract.

Celtic’s fixation on achieving “10-in-a-row” has been to the detriment of the club’s European ambitions. In 13 seasons under Martin O’Neill, Gordon Strachan and during Lennon’s first spell as manager, Celtic reached the Champions League group stages on eight occasions – and three times they progressed to the knockout stages. Since 2014, they’ve mixed with the elite of Europe just twice – under Rodgers – and failed to qualify both times.

Regression in Europe was perhaps inevitable due to the widening financial gulf between Celtic and Europe’s top clubs; the days of Barcelona and Manchester United being toppled in the group stages are now consigned to history. That does not excuse Celtic from failing to beat teams with smaller budgets; Malmo, Maribor, AEK Athens, Cluj and Ferencvaros have all claimed the Scottish champions’ scalp in qualifying in recent times. 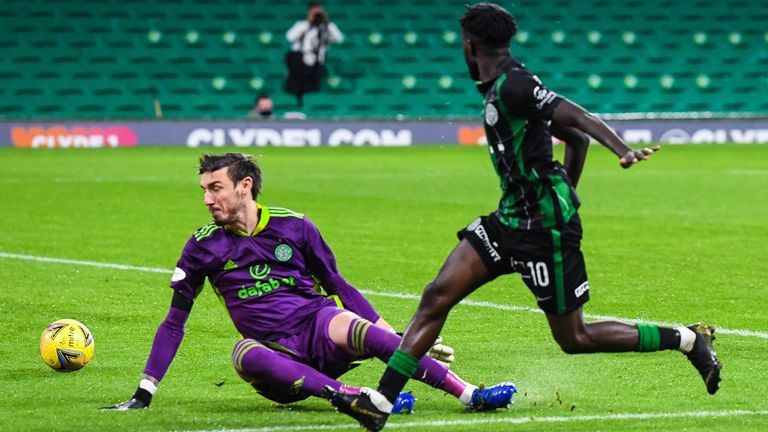 Celtic Park’s reputation as a European fortress is now a distant memory. The club have suffered some embarrassing recent defeats at home, the nadir being a 4-1 reversal to Sparta Prague in this season’s Europa League. While there have been some memorable European results, such as the 2019 double against Lazio, it has been a steady decline. Celtic’s inability to invest in the squad at the right time to enable Champions’ League group stage participation has become a recurring fault.

Even more galling is the impressive record in continental competition established across the city by Steven Gerrard. In three seasons of Europa League competition, Rangers have won or drawn every of their qualifying matches, and lost just six European games in total, making the knockout stages in each of the last two seasons. Postecoglou has never managed in Europe – but his first competitive games as Celtic manager will be crucial European qualifiers, where the “non-Champions” path is particularly demanding.

Scotland’s co-efficient has skyrocketed since Gerrard’s arrival, so much so that for the first time in more than a decade the top two in Scottish Premiership will both participate in next season’s Champions League qualifiers. Yet the biggest prize of all lies ahead – Scotland’s champions in 2021-2022 are almost certain to qualify directly for the group stages, and inherit a financial jackpot.

Celtic are fortunate to have this opportunity in front of them, ironically created by Rangers’ improvements, but with Gerrard’s side now at full speed, the stakes could not be higher for the new man coming in.

Tags: Ange, c, faces, Postecoglou, What
You may also like
Latest Posts