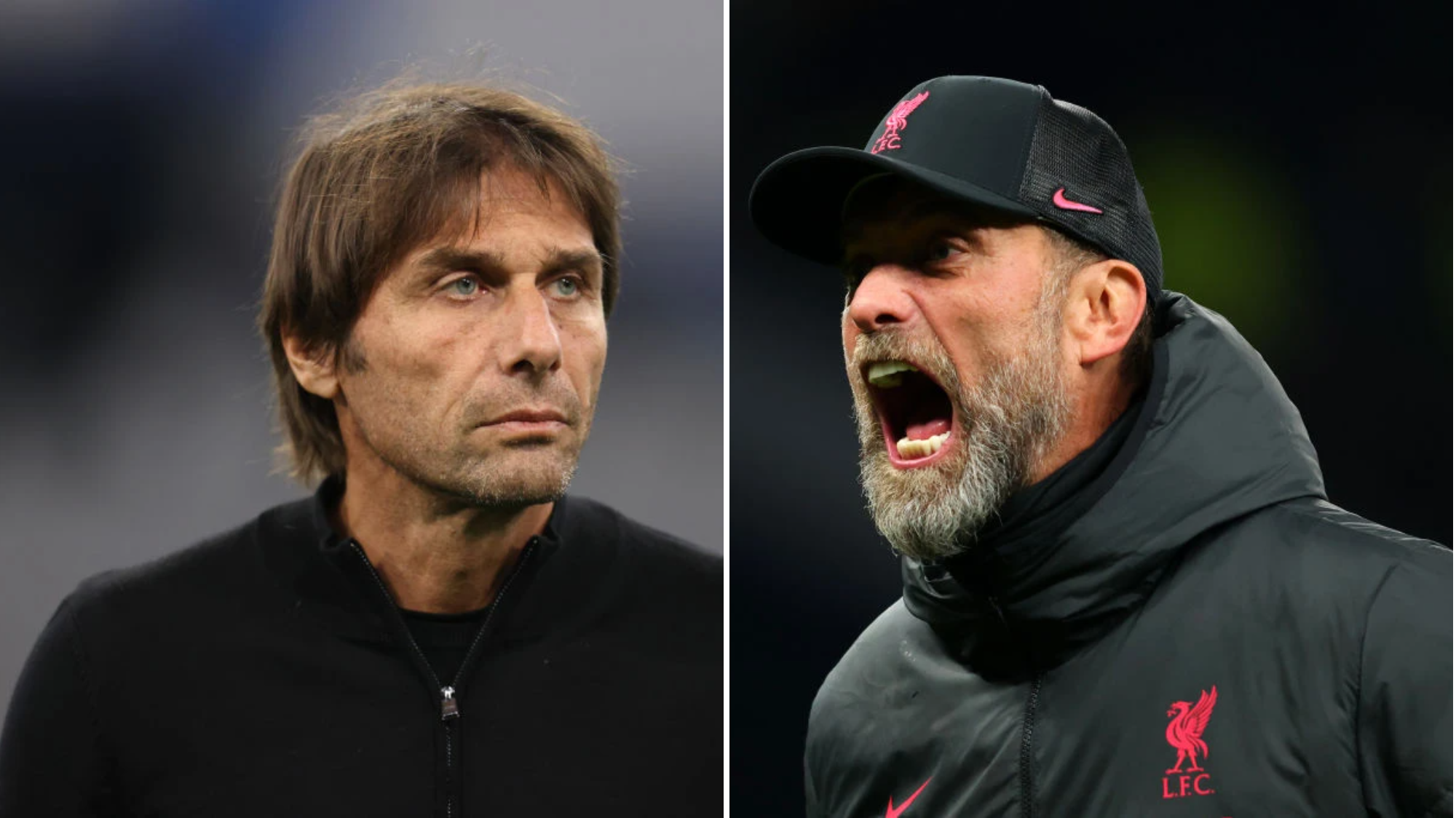 Antonio Conte has reignited his feud with Jurgen Klopp after Liverpool beat Tottenham on Sunday.

The Reds defeated Spurs 2-1 thanks to a first-half brace from Mohamed Salah, with Harry Kane pulling one back for the home side after the break.

It was a highly disappointing result for Tottenham who were hoping to get three points against an out-of-form Liverpool side, while Conte was aiming to get one over on Klopp after previous comments the German manager made.

Back in May, following a 1-1 draw between the two sides – which ultimately proved costly in Liverpool’s title campaign, Klopp slammed Conte’s brand of defensive football.

He said: ‘I am sorry, I am the wrong person to ask about because I don’t like this kind of football.

‘But that is my personal problem. I think they are world class and I think they should do more for the game.’

In the build-up to Sunday’s game, Conte said he held no grudge against his counterpart, but as he began his post-match press conference that no longer appeared to be the case.

“It is difficult to explain this type of game. For sure the performance was good. We are managing a situation with many, many injuries and we need to find new solutions.

“This type of performance against a team like Liverpool gives me satisfaction as it shows the hard work works.”