Antonio Conte says he expects captain Hugo Lloris to stay at Spurs after the French World Cup winner pulled off a key save in their 1-0 win at Watford.

Lloris, 35, is out of contract in the summer but talks are ongoing about a deal that would see him extend his stay in north London beyond a decade.

‘I am sure in a short time they can find a solution because he loves Tottenham and Tottenham loves him,’ said Conte. 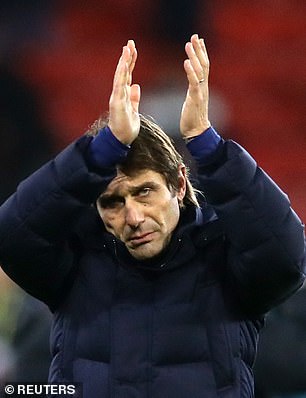 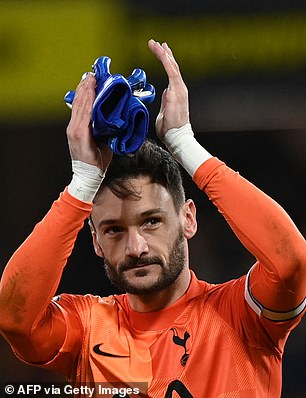 ‘Hugo today showed he is a top player and always focussed. For us he is very important.’

Lloris was largely unoccupied at Vicarage Road as Spurs dominated the hosts but still had to make a crucial save at 0-0 when he flung himself to his left to deny Josh King after 54 minutes.

‘For sure, you can see the level of the goalkeeper in these circumstances,’ added Conte.

‘We showed solidity so he didn’t have to make a save until that shot but he showed he stayed focussed. 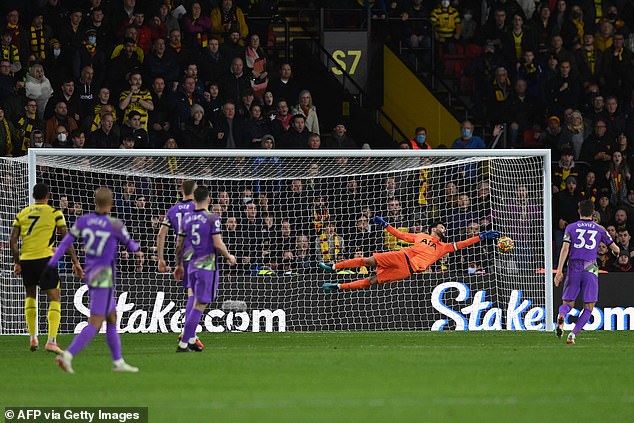 ‘The link between a goalkeeper and the rest of the team is very important. You need that connection when you defend high. The goalkeeper has to follow the game, not only staying on the line to make saves.

‘I have spoken to Hugo about it and he did very well.’

Conte is a hard taskmaster and even after five clean sheets in nine matches, he is demanding better from his players. 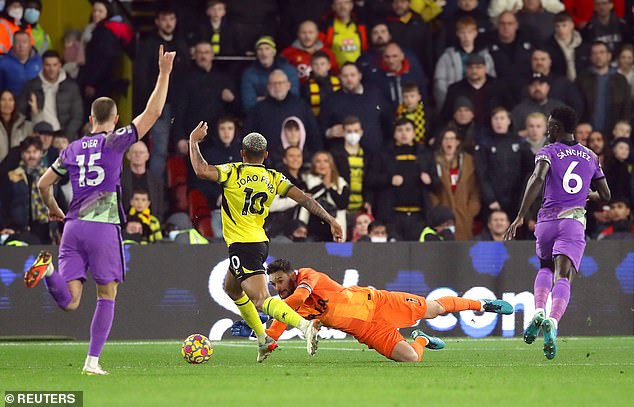 ‘We need to improve our crossing. When you play with this system it is important the wing-backs, are more effective.

‘But I understand the role demands a lot of energy. You are a winger when we have the ball and then a full-back when they have it.

‘I have seen great commitment from the players but we need to improve quality in many aspects. The final pass as well. But to play every few days is not easy.’