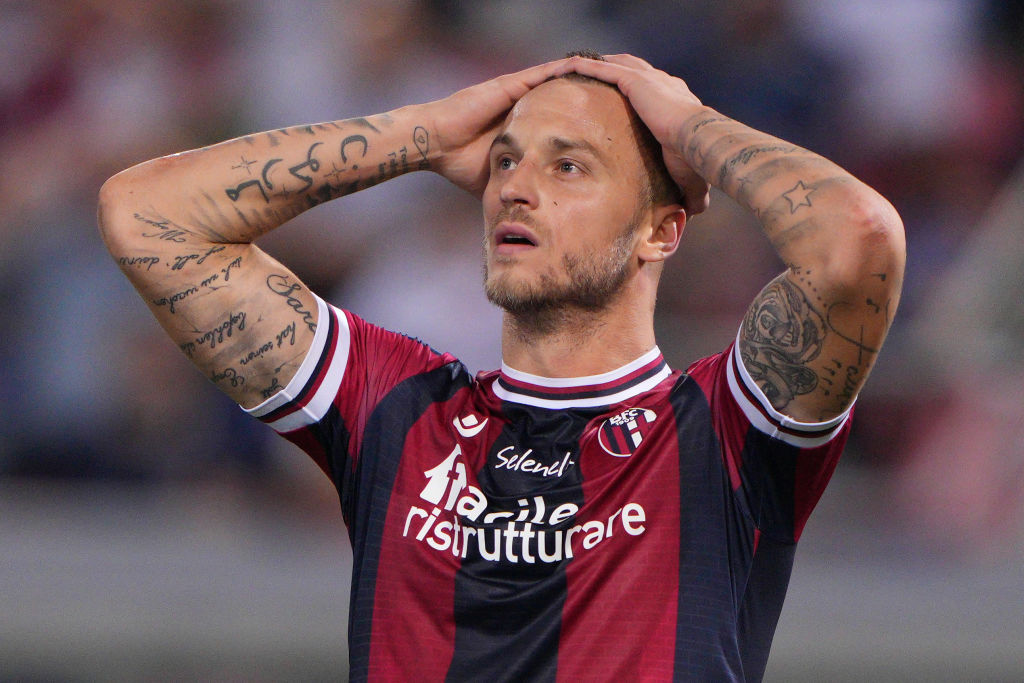 Marko Arnautovic’s brother and agent has effectively confirmed Manchester United’s approach for the veteran forward, who is considering a transfer request to secure a move to Old Trafford.

Earlier on Sunday, shock reports emerged linking the 33-year-old Bologna frontman with a £7million switch to United – where he would be reunited with FC Twente alumni Erik ten Hag and Steve McClaren.

That first offer is believed to have been rejected by the Serie A side, though Danijel Arnautovic – Marko’s brother and representative – is hopeful an agreement can be reached.

‘It is true that there is an offer from a well-known club,’ he told Austrian newspaper Kurier, not wanting to outright name United as the club in question. ‘I’m in contact with Bologna to see if that can be realised.’

Arnautovic, who formerly played for the likes of Stoke City and West Ham, netted 14 times in the Italian top-flight last season and had attracted interest from Juventus.

United are in need of cover and competition up top, with Ten Hag having been forced to field Christian Eriksen as a false nine in Sunday’s 2-1 home defeat to Brighton in his first competitive match in charge of the club.

Both Ten Hag and assistant coach McClaren know Arnautovic from their time at Twente – back then, the latter was head coach and the former was part of his backroom staff.

The Austrian forward, who played for the Eredivisie side from 2006 until 2010, is believed to have a good relationship with his old coaches and they feel they can rely on him to be a good squad player.

Although Bologna have rejected United’s first approach, The Telegraph report that the Red Devils’ hierarchy are confident an improved bid will be accepted.

Their hopes of landing the forward – who can play across the frontline – have also been boosted by his desire to be reunited with Ten Hag, with Arnautovic willing to hand in a transfer request if required in order to secure a dream return to the Premier League.

Ten Hag was asked about a potential move for Arnautovic after the Brighton defeat but refused to comment, saying: ‘I don’t go into names because I think in this pre-season maybe 250 players are linked to Manchester United.’