Manchester United chief exec Richard Arnold ‘steps in to convince Cristiano Ronaldo to WITHDRAW his request to leave’, with their star man having not spoken to Erik ten Hag for weeks… but with Thomas Tuchel not keen on him

Manchester United are pressing ahead with their plans to keep Cristiano Ronaldo at the club with Richard Arnold stepping up his efforts to ensure that happens.

The Red Devils were rocked on July 2 when it was detailed that Ronaldo had told the club that he wishes to leave this summer should they receive a suitable offer amid his concerns that United are not moving forward quickly enough.

The 37-year-old didn’t report for the start of his pre-season training last week after being granted permission due to ‘family reasons’ – and is not on their current tour of Thailand and Australia for that issue too. 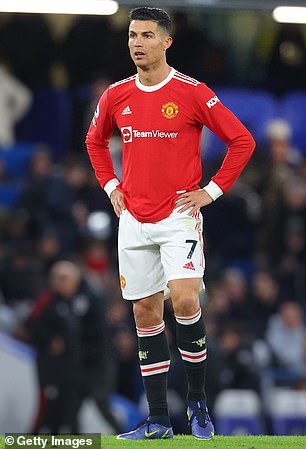 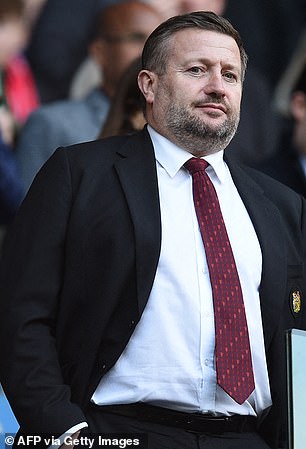 However, despite his stance and current no-show, United chief executive Richard Arnold is determined to persuade Ronaldo to make a U-turn – especially after Erik ten Hag publicly insisted that he is not for sale.

As reported by the Times, Arnold is said to have impressed Ronaldo’s camp in his handling of the situation – allowing him to speak to other clubs who have held an interest in him, most notably Chelsea. Bayern Munich and Napoli have also been linked as the forward’s next possible destiation.

In addition, Arnold – who replaced Ed Woodward in the role earlier this year – has also stressed Ronaldo’s importance to United and Ten Hag as he also looks to improve a squad that underwhelmed last season.

Chelsea and Napoli have expressed an interest but Ronaldo is understood to accept it will be difficult to find a Champions League club prepared to match his £500,000-a-week wages just a month before the new season starts, particularly given United’s stance.

Chelsea’s new owner Todd Boehly are keen on bringing the Portuguese superstar to Stamford Bridge, but Blues boss Thomas Tuchel is less so – dampening the chance of that deal happening.

Speaking at his first pre-match press conference ahead of Tuesday’s friendly against Liverpool in Bangkok, Ten Hag tackled the Ronaldo issue head-on and insisted the unsettled star is going nowhere.

‘We are planning for Cristiano Ronaldo for the season and that’s it. I’m looking forward to working with him. Cristiano is not for sale. He is in our plans and we want success together.’

Ten Hag talked to Ronaldo after he was appointed as United’s new manager but the two men haven’t spoken since the player’s desire to leave became public.

The Dutchman wasn’t able to say if Ronaldo will join his team-mates on the Australia leg of the tour.

‘I cannot tell (on Ronaldo joining tour) as absence I already explained and that is it for this moment,’ added the United boss. ‘He’s not with us and it’s due to personal issues.

‘I spoke with him before this issue came up. I had a conversation with him and I had a good talk. That is between Cristiano and me. What I can confirm is we had a really good conversation together. I didn’t speak to him after (the news).’

United already have to replace marquee players like Paul Pogba and Edinson Cavani, and can ill afford to be buying a replacement for Ronaldo with less than a month to go until the season starts.

While juggling the Ronaldo topic, Arnold is pressing ahead with efforts to sign Frenkie de Jong – the club’s No 1 summer target.

United chiefs John Murtough and Richard Arnold travelled to Barcelona on Monday and met Barca sporting director Jordi Cruyff, director of football Mateu Alemany and sports vice-president Rafa Yuste at the Triton Restaurante to thrash out an agreement on the price.

After the two clubs agreed a transfer fee for the Dutch midfielder – an initial £55million potentially rising to £72m – it is now up to De Jong to decide where his future lies.