Arsenal ace Ben White copied Theo Walcott’s iconic taunt of Tottenham fans on Saturday as the Gunners won the north London derby at the Emirates Stadium. The defender grabbed an assist during the match as he teed-up Thomas Partey for the opener as Arsenal ran out 3-1 winners.

Arsenal were in imperious form during the visit of their neighbours as Partey lashed home a stunning strike after 20 minutes as he hit White’s pass first time to curl the ball into the corner of the Hugo Lloris’ goal. Harry Kane equalised for Tottenham from the penalty spot seven minutes before the interval, before the hosts stunned their opponents in the second half.

Gabriel Jesus grabbed his side’s second four minutes after the break as he bundled the ball in from close range after Lloris had spilled Bukayo Saka’s shot. And after Emerson Royal had been sent off for the visitors following a reckless challenge of Gabriel Martinelli, Granit Xhaka put the game to bed as he stroked the ball into the net midway through the second period.

White started the game at right-back before making way for Takehiro Tomiyasu in the 89th minute. The former Brighton man walked past the Spurs fans as he left the pitch and clearly had a few jibes directed at him. And he took the opportunity to remind the Tottenham faithful how the match had panned out as he waved three fingers at them on one hand and one finger at them on his other hand to signal the 3-1 scoreline. 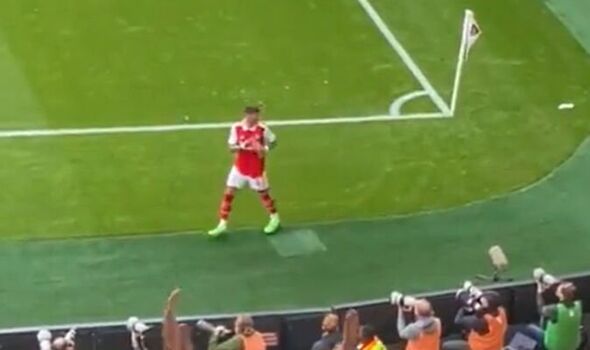 White’s cheeky actions were redolent of those of former Arsenal winger Theo Walcott, who spent 12 years at the Emirates Stadium. Walcott was named up front when the Gunners took on Spurs in the third round of the FA Cup in January 2014. And, despite the fact he didn’t find the back of the net during the game, the ex-England international helped his side progress to the fourth round courtesy of a 2-0 victory.

Walcott was forced to leave the pitch on a stretcher in the closing stages of the match. And as he left the pitch he, too, taunted the Tottenham fans as he signalled the scoreline at them with his fingers. And the Spurs faithful told him in no uncertain terms exactly what they thought of his actions. 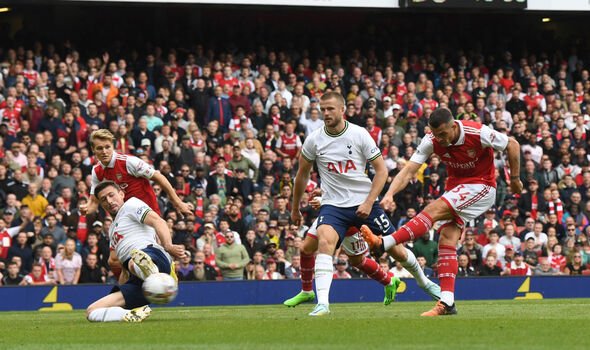 Arsenal’s latest win moved them four points clear of Manchester City at the top of the Premier League table. And following the showdown, manager Mikel Arteta said: “The players grabbed the game and deserved to win it. It was the whole team – starting from the back to front. They really connected today.

“I hope this will give them more belief that they can win at this level in the way we want them to play. We have connected with our supporters and when that happens it is a really powerful thing. We are focussing on what we are doing. This is a sign that we are going in the right direction. We need to maintain that now and go for it.” 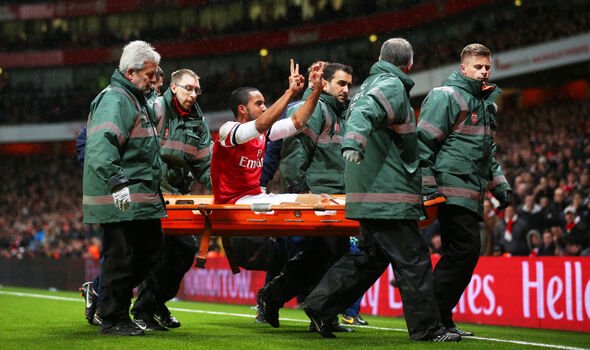