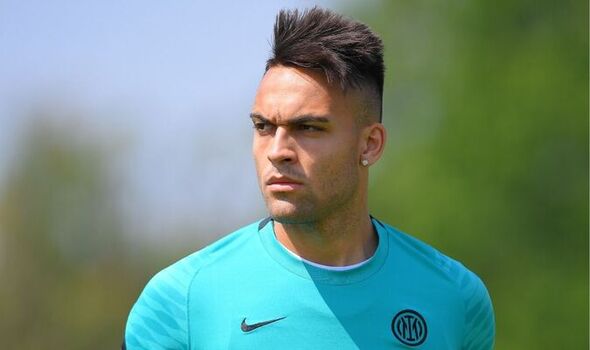 Lautaro Martinez is more than happy at Inter Milan and he will only leave the club should the Nerazzurri ask him to, according to reports in his native Argentina. The 24-year-old is currently on course to etch his name into San Siro folklore following his move to Italy from Racing Club back in 2018.

Martinez helped fire Inter to the Scudetto under Antonio Conte last season and there is still optimism his side could yet pip rivals AC Milan to this season’s title with just two games remaining.

But beyond that, the centre-forward is likely to be at the heart of more transfer speculation for the second successive summer.

Both Arsenal and Tottenham are thought to be open to signing Martinez, who is widely recognised as one of the most complete strikers in world football – particularly for his age.

But according to South American reporter Cesar Luis Merlo, Martinez is quite happy in his current surroundings for now.

It’s understood that he wants to stay put after signing a new long-term deal back in October.

Martinez is focused on finishing the season with silverware and beyond that, cementing his place as a starter for Argentina at the World Cup in Qatar.

The only way he could leave Inter is if the club decides that he should be sold.

That is not totally out of the equation either as Inter continue to combat financial struggles off the field.

Last summer the Italian champions were forced to offload star players Romelu Lukaku and Achraf Hakimi – two players who were key to Inter’s success under Conte.

Spurs had a £60m bid initially accepted by Inter, who later put the brakes on the deal.

Since then, Martinez has committed his future to Inter and following Lukaku’s departure, he’s considered to be their main man in attack.

Conte would like Spurs to back him if he is to stay for next season though and another striker is on the agenda.

Arsenal will also be in the market for a new No 9 and two are expected to arrive with Alexandre Lacazette and Eddie Nketiah set to follow Pierre-Emerick Aubameyang out the door.

Martinez is one of the names to have been internally discussed by the Gunners but there’s an appreciation he may be a difficult target to acquire.

Securing Champions League football – ahead of Tottenham – could prove integral to any push.