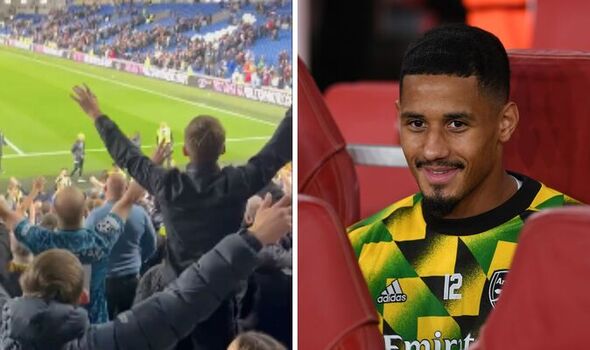 Arsenal fans have jumped on the defensive on social media by labelling Tottenham supporters “cringe” for allegedly stealing their catchy chant for William Saliba – although there is more to the story. Match-going Gunners have rewarded the Frenchman’s stunning start to the campaign with a popular song, inspired by 1960s American rock ‘n’ roll band ‘The Champs’ and their famous track Tequilla.

The Saliba chant really took off in their third Premier League match of the season when Arsenal ran out comfortable 3-0 winners at Bournemouth.

But now there is extra competition after Tottenham supporters copied the chant – replacing ‘Saliba’ with Bissouma.

However, Brighton supporters are understood to have sung the chant for Bissouma before his move to north London, damaging the allegations from Arsenal supporters.

Fulham fans have also been singing the catchy song to serenade summer signing Joao Palhinha in recent weeks – most notably in the 3-2 win at Nottingham Forest.

However, due to the rivalry between the north London sides, Arsenal supporters on social media took particular offence to Spurs fans singing their new Bissouma chant in the 1-0 win at Brighton on Saturday.

After the full-time whistle, it was blasted out from the away stand as the Mali international applauded the travelling faithful.

He was clearly delighted with the chant as he looks to form a strong relationship with his new club’s supporters.

Arsenal fans on Twitter were united in their disapproval of the developments, making their feelings known on the platform.

“Spurs fans singing the Saliba song, to ‘Bissouma’ have they no shame,” said @chrisjmiller88.

@DanColly added: “Think the Spuds fans enjoyed the Saliba song last week. But they sing it for Bissouma after clipping a cross straight out of play.”

“Spurs just lost the NLD, then robbed the Saliba song & replaced it with Bissouma – next level of shameless lol,” said @FrankyM2021.

A fourth fan @MercifulGamer found the Spurs song “cringe”, writing: “There’s no way Spurs fans have stolen the Saliba song and used it for Bissouma!!! What a cringe, freakish fan base. They want to be Arsenal so badly…” 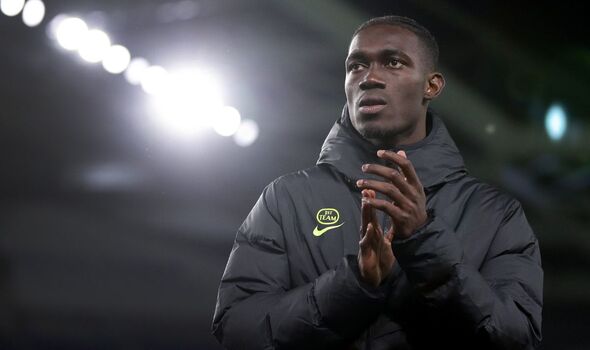 Tottenham fans on the app were keen to defend their ground, with many pointing out that it was Brighton who created the chant.

@bantandave posted: “Brighton made the song for Bissouma before Saliba played a minute for Arsenal.”

“‘The Saliba song’ – Bissouma had this about 3 years ago while he was at Brighton,” said @FuzzyCoyote.

@RajEcon wrote: “Brighton invented that song for Bissouma. That’s where you got the Saliba song from.”