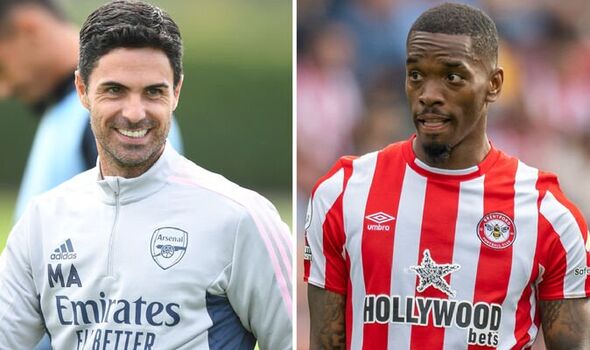 Mikel Arteta has dared Ivan Toney to tweet another spiky message before their two teams clash at the Community Stadium. The Arsenal manager used a post from the Brentford striker as inspiration ahead of the 2-1 win at the Emirates in February.

Now he says he is standing with his whiteboard marker poised just waiting for Ivan Toney to take to Twitter again. The Brentford striker is one of the men of the moment, having seen his hat-trick against Leeds last time out rewarded with a call up to the England squad to face Italy and Germany later this month.

But in Arteta’s mind, Toney was already making a name for himself over a year ago, when he posted a cheeky tweet after Brentford’s shock opening day win against Arsenal. The Amazon Prime documentary All or Nothing revealed that the comment was still bugging him when the two teams played the reverse fixture in February.

And he reminded his players of it by writing it on his display board just minutes before they headed out to secure a 2-1 win at the Emirates. “Before I go, because it’s still in my stomach and I have managed to keep it for four months, five months, six months,” said the Spanish coach, pointing to the tweet on the screen – ‘Nice kick about with the boys’.

“So today they play in our house, guys there is only one team on that f***ing pitch – and it’s us! We take that f***ing ball, we take the game, we go for it and let’s f***ing win this game!” Likewise, Arteta will have his social media team keeping their tabs on Toney’s accounts before Sunday’s lunchtime kick-off. 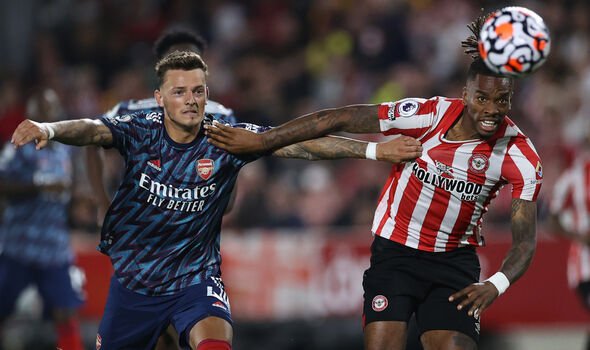 “I haven’t written the script for the pre-match message on Sunday, so if he has any messages he wants to post before then, I could always write them down,” Arteta smiled. Either way, Arteta says this time it will be men against men.

After five wins out of five in August, Arteta is determined the manager of the month award is not going to be a curse – last time he won in it in March, Arsenal lost their next three games and crashed out of Champions League contention. “I will send it back!” Arteta joked.

“No, let’s change it, so that the next one I can have it and enjoy having it and live without fears for the next few weeks. Let me be the one who can change the story!” Ben White has meanwhile been declared fully fit by Arteta, who insists his England snub by Gareth Southgate is purely a selection issue. 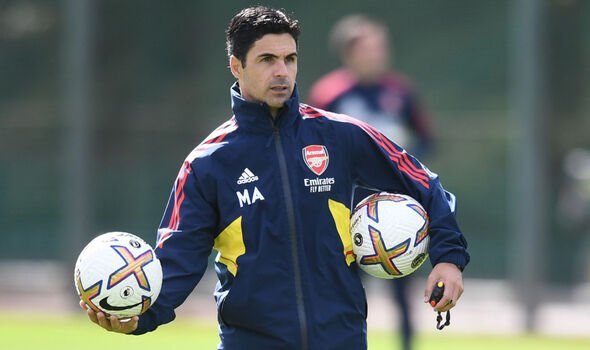 The £50million defender has been impressive in Arsenal’s table-topping start to the season but has again been overlooked in favour of Everton’s Conor Coady and struggling Manchester United skipper Harry Maguire.

Indeed, he has shown some of the versatility the England manager usually prizes by playing at right-back as well as in his usual centre-back position. “Yes, he is fit,” Arteta said. “He has played in both positions and he has been selected sometimes and not.

“I think to have a versatile player to play at that level in both positions of central defender and full back is something that in my opinion any manager wants. Especially when you go to a tournament where a lot of things can happen. But that’s Gareth’s decision and his coaching staff.

“Whenever he gets the call, he will be ready. Listen, Gareth picks the best squad that he believes is for now. The squad he picked for November is incredible. Anything we can do to help Ben, we are trying to do. I think Ben is giving a lot of reasons to be selected. That’s all we can do.”