Arsenal boss Mikel Arteta has been hailed for his “important” tactical decision that he made regarding Grant Xhaka, which paid off in Arsenal’s visit to Brentford on Saturday. William Saliba gave the Gunners the lead from a corner, and Gabriel Jesus then got their second after a sublime assist from the Swiss midfielder.

Arteta has deployed Xhaka in a more forward role this season, which former Tottenham midfielder Jamie Redknapp hailed ahead of the game. “I think they made a decision,” Redknapp told Sky Sports. “The amount of times I’ve watched Granit Xhaka lose the ball in his half trying to play out from the back, getting the ball on the pivot and they’ve conceded a goal.

“I think they’ve said ‘Listen, lets get him further up the pitch, get him as high away from his own goal as possible’, where he can effect the game in the box because he’s not got that pace in that area to get away from people. Teams would press him high up and he would find ourselves conceding the ball too often.

“This year he’s had a good start to the season, the fact the manager has him higher up the pitch, affecting the game more, it’s important. No [Martin] Odegaard is a massive blow, he’s like a manager on the pitch.” 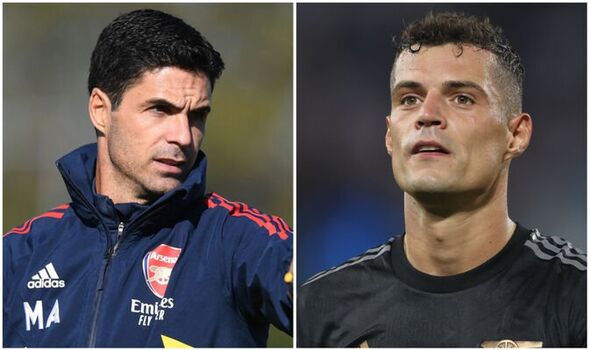 In a slick back-to-front passing move, the ball ended up with Xhaka on the edge of the box who clipped a cross towards Jesus as he powerfully headed past Brentford goalkeeper David Raya.

The 29-year-old, who captained the Gunners in Odegaard’s absence at the Brentford Community Stadium, recorded his third Premier League assist of the season as he eclipsed his tally from each of the past four campaigns. 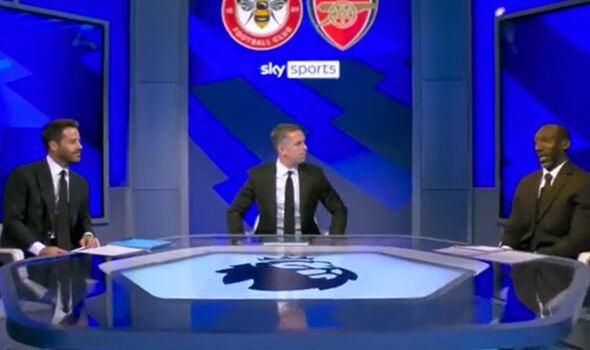 Saliba gave Arsenal the lead in the 17th minute with his second goal of the season as he headed home Bukayo Saka’s corner, before Jesus got his fourth league strike following his £45million summer move from Manchester City 11 minutes later.

Redknapp also highlighted that it was an important game for Fabio Vieira, who made his first league start since moving from Porto in the summer. “This is a big game for Vieira, they’ve paid big money for him, big chance,” Redknapp added.

“But not an easy game, they smother you in midfield, they press you, he’s not going to have a minute on the ball, they’ll move the ball quickly. We’ve seen it so often, Man United had problems there but he’s a talented player, it’s a tough one to go there, he’s got to adjust very quickly.”