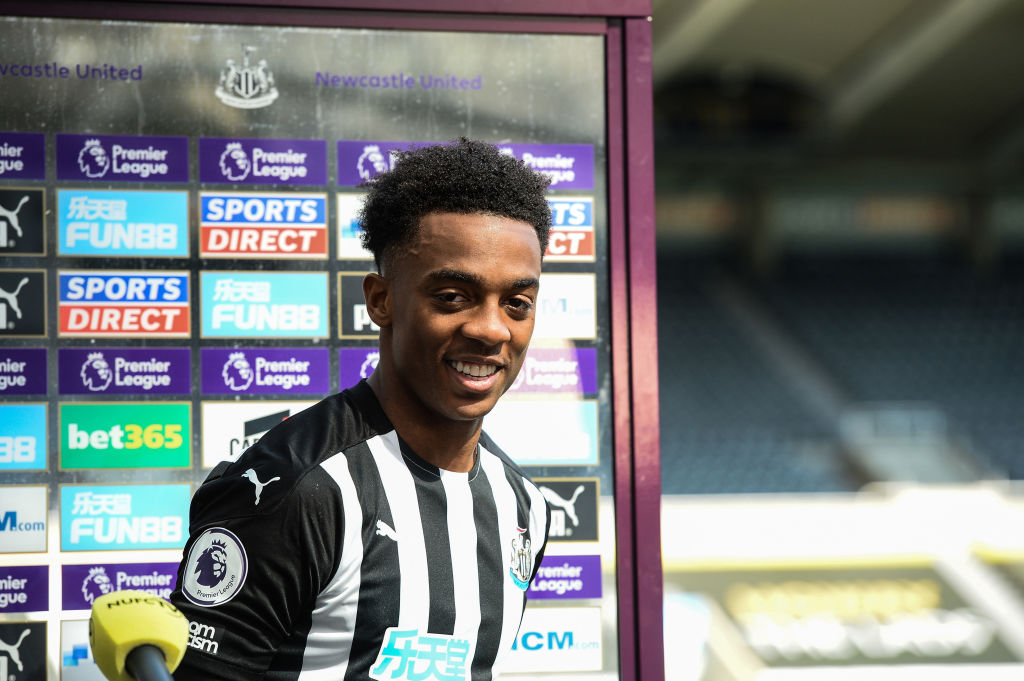 Mikel Arteta admitted it was a ‘difficult decision’ to let Joe Willock leave Arsenal on loan but feels the experience he’s gaining at Newcastle could prove vital.

Willock spent the first half of the season as part of the Arsenal squad before moving to the North East at the end of the January transfer window.

He’s impressed during his time at St James’, scoring four goals in 10 appearances.

Three of those goals have come off the bench in his last three matches, securing vital points against Spurs, West Ham and Liverpool.

Those goals could prove the difference between Newcastle remaining in the Premier League or not and Arteta feels the tough call to let him go has been justified.

‘It was a difficult decision to let him go because we really like the player, but he needed more game-time and needed this type of experience,’ said Arteta ahead of Arsenal’s trip to Newcastle.

‘He has stepped in at big moments for them and scored some crucial goals so that is really good news because it is great for his development.’

Willock is not eligible to face his parent club on Sunday but Newcastle manager Steve Bruce hopes both he and Arsenal will be convinced to let him spend next season on loan with the Magpies, too.

‘He doesn’t like being called that (super sub) by the way, and if we can get him for next year, he won’t be a super sub, he’ll be playing!

‘We are delighted for him. I’m pleased for Joe, he has the football world talking about him.’

‘That was key for him to show what he’s got. We’d love to keep him if we can.

‘That is obviously a conversation we have to have with Arsenal, with respect to them.