Mikel Arteta has hinted that William Saliba could be set to make his competitive debut against Crystal Palace on Friday night. Arsenal were criticised for sending the defender out on loan last season, but the manager feels he is already reaping the benefits from that decision.

Arsenal take on Patrick Vieira’s Palace at Selhurst Park on Friday, and they will be hoping to kick off their campaign in a far better manner than last season – when they lost 2-0 to Brentford. Arteta has welcomed five new signings to his squad this summer, leaving many questioning how his side will line up against the Eagles.

The likes of Gabriel Jesus and Oleksandr Zinchenko, both joining from Manchester City, are likely contenders to feature. Though many will be interested to see how Saliba will feature in Arteta’s plans given that Ben White and Gabriel formed a strong partnership last season.

Discussing how Saliba has adapted following a successful campaign on loan at Marseille, Arteta did hint that the 21-year-old is firmly in his plans. He said: “I am really happy in how he’s adapted. Obviously, it’s always something that you have to see, spending a year away from here in a completely different league. 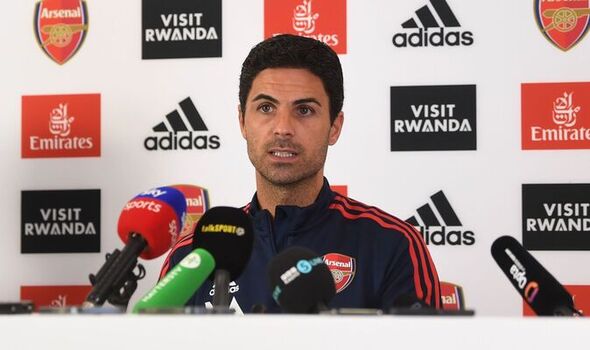 “But playing the amount of minutes that he played and the way you could see he was growing and developing, he gave us a lot of reasons that he could be the player that we need. And in the last few weeks, he’s given us every reason to believe that we made the right decision, loaning him for a year because he now looks ready to go.

“In our opinion, it’s not just my opinion, he needed that exposure. You don’t see players at 18 or 19 years old playing at their highest level in top clubs. It just doesn’t happen.” 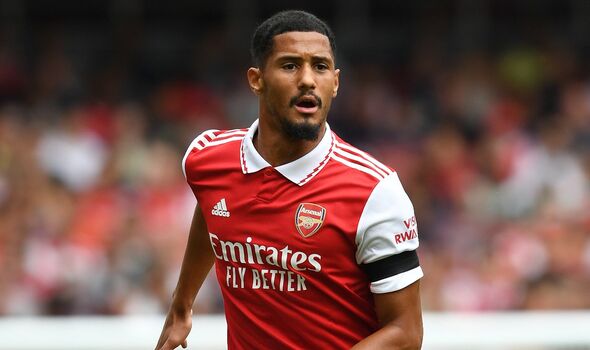 Arsenal have aspirations of going one better than last season and finishing in the top four at the very minimum, and Arteta will certainly feel that his new arrivals can help him achieve those goals. Jesus is hoping to solve their striker woes, and fans will be hoping that his seven goals in pre-season are a sign of what is to come from the Brazilian.

But the Emirates Stadium outfit are far from finished in the transfer window, with signing another midfielder – having already acquired the services of Fabio Vieira from FC Porto this summer – and a winger still a priority. PSV forward Cody Gakpo and West Ham’s Jarrod Bowen have both been tipped to be the ‘mystery winger’ that the club are pushing for, though it does not appear that anything is advanced in either of those pursuits at this stage.