Arsenal manager Mikel Arteta pointed out that his side are yet to match the exploits of Manchester City or Liverpool when asked whether the Gunners could mount a challenge for the Premier League title this season. The Spaniard oversaw an impressive 3-2 win over the Reds on Sunday to send Arsenal back to the top of the table.

For the first time in a while, Arsenal fans may have fancied their chances heading into a tie with Liverpool, who went close to an unprecedented quadruple last season. Their faith was shown to be well-placed early on as Gabriel Martinelli raced in behind to slot home within one minute.

Darwin Nunez’s response for Liverpool was cancelled out before half-time as Bukayo Saka restored the home side’s lead. After the break, a goal each from Roberto Firmino and Saka again completed the scoring as Arteta left with a 3-2 win and three more points.

When asked how the win will impact his players, he told Sky Sports: “That’s the word – more belief and confidence that we can compete and play at this level and actually win, which is the most important thing.

Arteta then addressed those who say that the Gunners are not yet ready to challenge for the Premier League title. “Man City and Liverpool are really strong,” he added. “They’ve shown that for five years and we haven’t done any of that.” 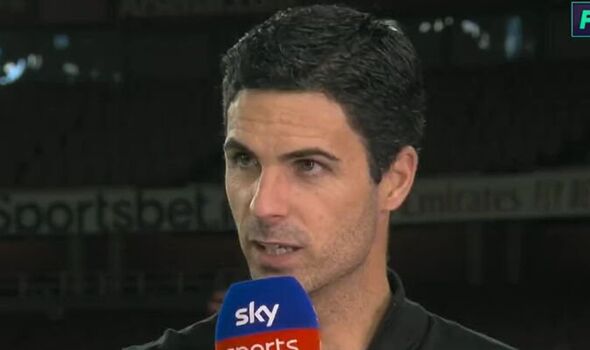