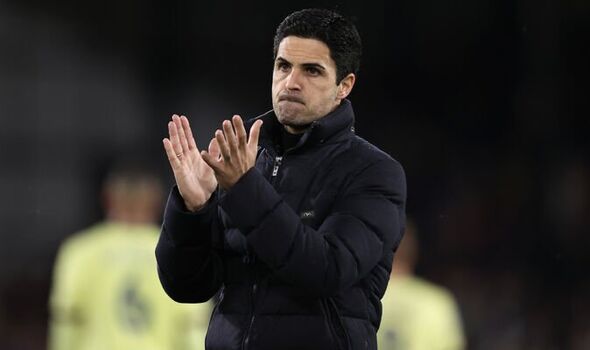 Arsenal boss Mikel Arteta has bemoaned the inexperience of his side, suggesting that they could be on par with the Premier League’s elite if they had ‘world-class’ stars. The Gunners suffered a third straight defeat as Southampton stunned the North Londoners at St. Mary’s.

Jan Bednarek scored the only goal for the Saints at the end of the first half. The Poland international then played a big part in keeping out an Arsenal side who had a staggering 23 shots and 76 percent possession.

Arteta was unable to call upon Alexandre Lacazette after the Frenchman tested positive for COVID-19. The forward has not scored from open play in over 20 hours of football though, and his team-mates have hardly had much more success in front of goal in recent weeks.

Arsenal have netted only twice in their last five Premier League outings, emphasising the need for some renewed quality in attack. Asked if an inability to take chances separated the Gunners from the likes of Manchester City, Liverpool and Chelsea, Arteta appeared to imply he needed ‘world-class’ players with more experience to compete with those clubs.

JUST IN: Four things learned as Arsenal beaten by Saints after Bednarak winner

He said: “It’s what we have. The players that we have haven’t done it in this league. When you have world class players who have done it in the league for ten years, I would probably say that. I am the first one to defend them, to support them, you see how they try. The only way to do it is to insist and what happened today might happen the next day or the next month.”

Lacazette and Eddie Nketiah are both out of contract at the end of the season. With Pierre-Emerick Aubameyang gone in January, Arteta will likely start next season with entirely new striking options.

Dusan Vlahovic opted against moving to the Emirates Stadium in the winter, instead joining Juventus from Fiorentina. Lille’s Jonathan David, Benfica’s Darwin Nunez and Napoli’s Victor Osimhen are widely-reported targets.

Arteta has the Premier League’s youngest average squad, with a redesigned transfer policy generally only targeting players aged under 24. But the Spaniard could desperately do with an experienced and clinical finisher up front.

Rivals Tottenham’s defeat by Brighton earlier on Saturday gave Arsenal a huge chance to win back fourth place and reignite their Champions League push. They ultimately failed to do so, although Arteta feels the game would have been won ‘very comfortably’ on another day.

“[It’s] difficult to explain because this is football, not basketball. Because any other sport you win the game very comfortably and you’re talking about different things. Difficult to explain but at the end of the day it’s decided in the boxes. They scored one goal, we didn’t,” the 40-year-old added.

“For the amount of time that we spent around the box it shows that we have a situation, we didn’t put them in the goal. Because they have an exceptional goalkeeper today and because we didn’t have enough quality and enough capacity to break them down when we had the numbers and the situations open to do so.”