Arsenal midfielder Lucas Torreira is in a brace after being stretchered off in the FA Cup win over Portsmouth on Monday night. The Gunners were 2-0 winners at Fratton Park against their League One opponents but Torreira’s injury blighted a comfortable evening for the Gunners.

The Uruguayan didn’t last 15 minutes on the south coast after a strong challenge from James Bolton left the 24-year-old in a heap on the turf.

Torreira was holding his right leg and visibly in pain and had to be taken off on a stretcher and given oxygen by Arsenal’s medical staff before being replaced by Dani Ceballos.

The concerning nature of his knock overshadowed an otherwise stress-free evening for Arsenal, as they booked their spot in the quarter finals of the competition.

Arsenal boss Mikel Arteta told BT Sport post-match: “Lucas was very sore and is in a brace. He will be assessed in a few days and then we will know more.” 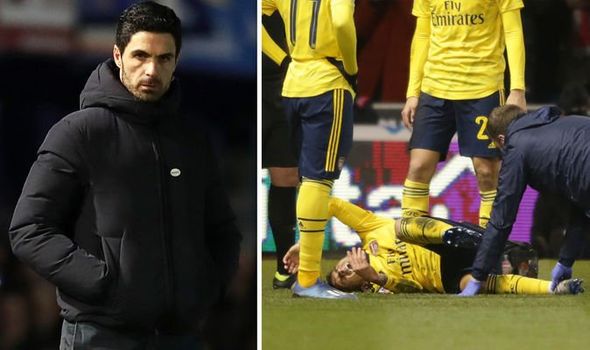 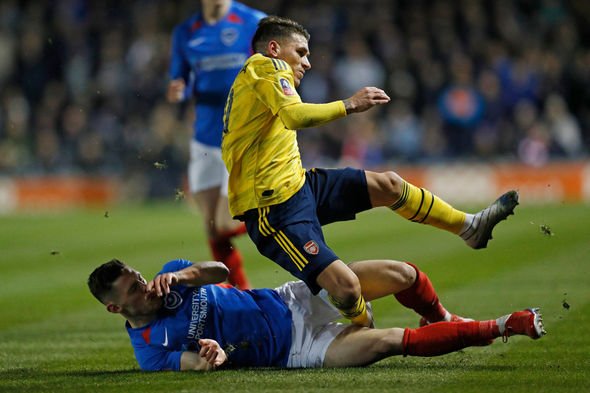 Having not suffered defeat to Pompey since 1958, Arsenal rarely appeared in danger of being on the end of an upset – despite some moments of threat from the hosts in the first half.

The home team only had one shot on target throughout the 90 minutes and just 26 per cent of the possession with Arsenal dominant and deserving of their victory.

Reiss Nelson set up both goals, crossing in for defender Sokratis Papastathopoulos – once again being situated at right-back – to side-foot a volley beyond Alex Bass in goal.

Nelson was the provider again after the break with Arsenal in cruise control in the second 45, firing into Eddie Nketiah to control and poke into the roof of the net at close range. 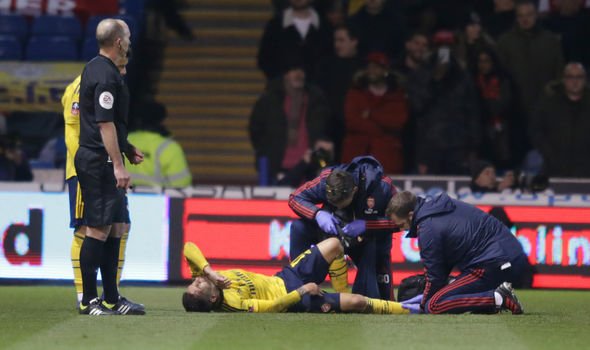 That was enough for 13-time FA Cup winners Arsenal to seal their spot in the last eight and Arteta added: “It’s a difficult place to come but I have faith in these kids.

“They always respond and I always knew they would do that.

“They have to learn from the difficult moments and manage them but they have the talent and desire and look how hard they work.

“The clean sheet is really important and we defended set-pieces much better.

“We have pace in a few players up front. Reiss [Nelson] is a special player and can eliminate players one on one.

“He’s been out for a while but he’s back now and he showed what he’s capable of doing.

“I’m really enjoying working with this group of players. It’s a process. 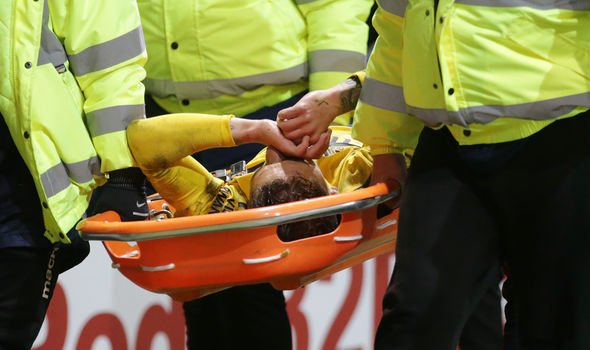 “I know everything has to be today or yesterday but in football it doesn’t happen like this.

“I’m seeing a lot of things I’m happy with but there is a lot of room to improve.”

Torreira told his father post match, as reported ESPN Uruguay, that he was “fine” and “can move” his ankle despite being taken off.

He was seen leaving the stadium on crutches after what was his first start since the end of January.

Arsenal will learn their FA Cup quarter-final opponents on Wednesday night as they seek a return to Wembley.

Tottenham, Manchester United, Manchester City and one of Chelsea or Liverpool – who play each other at Stamford Bridge on Tuesday night – will seek to join Arteta and co. in the last eight.