Arsenal boss Mikel Arteta remained coy when quizzed on Pierre-Emerick Aubameyang’s absence from the side after Sunday’s north London derby, but hailed the 31-year-old as an ‘incredible guy’ and one of the club’s most important players. The striker was surprisingly dropped in place of Alexandre Lacazette for the visit of Spurs, with Arteta’s decision paying off after the Frenchman scored the winning goal from the penalty spot.

Erik Lamela had given Spurs an early lead with an outrageous rabona goal that successfully bypassed a crowd of Arsenal defenders and goalkeeper Bernd Leno, before Martin Odegaard equalised shortly before half-time.

The result was decided after the interval when Lacazette was felled inside the area, before the 29-year-old stepped up to convert the resulting spot-kick and steal all three points for the hosts.

Tottenham’s hopes of rescuing a point were diminished when Lamela was dismissed after receiving his second yellow card during the closing stages.

Arteta was asked to elaborate on his decision to drop Aubameyang at full-time, after the Spaniard had brushed away pre-match speculation before kick-off.

He issued another vague response, stressing that he would not discuss internal matters in detail, but claimed that the Gunners skipper remains a hugely important player for his side which suggests that he could be in line to regain his starting spot in the weeks to come.

JUST IN: Pierre-Emerick Aubameyang may have made Arsenal’s mind up on transfer 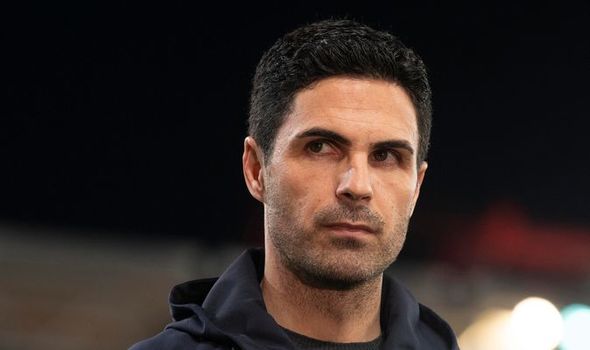 “He is an incredible guy and one of the most important players in the team,” Arteta told Sky Sports. “He is our captain and these things happen.

“We have lots going on in our lives and people finding it hard with the restrictions. I will never tell anything that happens in the dressing room.”

Tags: Aubameyang, autoplay_video, Mike
You may also like
Latest Posts