Mikel Arteta was unsure about Pierre-Emerick Aubameyang’s commitment before he took charge of Arsenal but he is now fully convinced the striker is the man to fire his side back into the top four.

Aubameyang has been linked with a move away from the Emirates Stadium this summer after a turbulent season in north London.

Arteta is attempting to add some stability after returning to Arsenal from Manchester City and he guided his side to a 3-2 win over Everton this afternoon.

Dominic Calvert-Lewin scored inside the first minute to hand the Toffees a shock lead but Eddie Nketiah levelled midway through the first half.

Gabon international Aubameyang then netted a brace, either side of Richardson’s equaliser to ensure the Gunners moved to within seven points of the Champions League places.

However, it was not just Aubameyang’s emphatic finishes in from of goal which impressed Arteta. 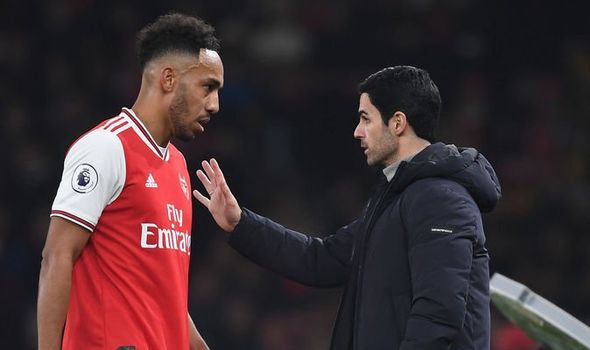 “It was an incredible amount of work Aubameyang was doing,” the Spaniard said.

“Before I took over I had my questions about him but he showed his commitment.

“I wanted him to show if he wanted to do it and do it physically.

“Aubameyang is our most important player, no doubt the impact he has in this team. We will have to convince him to stay with us.

“Winning three games in seven games. Sure it is my best week.”

Arteta continued his praise for the forward in his press conference as he pleaded with the 30-year-old to stay with his side.

“I’m so happy with Aubameyang because he scores important goals,” he added.

“He is a superb player and deserves to be liked by other teams. Hopefully we can persuade him to stay and feel very much part of what we are trying to build here.”

Arteta also highlighted several other positives from his side’s win.

He said: “The game was difficult right from the start after conceding in the first minute. For 60 to 65 minutes we were really dominant. Physically it was demanding. 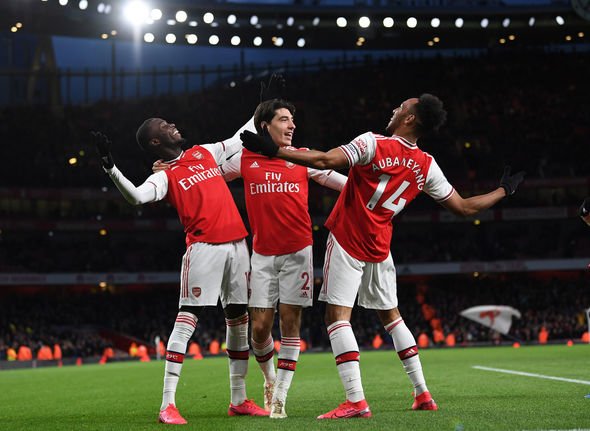 “I was very pleased with Bukayo Saka’s assist, but he needs to improve in aspects of the game. He needs to know areas he needs to play in the pitch.

“The players kept going. They are now enjoying working together. All the front players – the way they worked together was tremendous.

“I tried to convince the players that this is the only way to compete at the highest level. The atmosphere is really good.

“Aubameyang has been really good again – goals, positioning… and also his defensive display.”