Arsenal ace Alexandre Lacazette has implored Gunners chiefs to keep hold of strike partner Pierre-Emerick Aubameyang and insists avoiding losing him in the summer transfer window is “really important”. Gabon international Aubameyang has a little over 12 months remaining on his contract with the north London club.

Arsenal’s hierarchy have been firm in their stance that they will not allow players to run down their contracts and leave for nothing – giving them a decision to make should Aubameyang refuse a new deal.

The 19-goal frontman, who is the joint-top goalscorer in the Premier League with 17 top-flight strikes this term, has been linked with the likes of Barcelona and Inter Milan and would pique interest from across Europe should his services become available.

But Mikel Arteta will be desperate not to lose the 30-year-old given how vital he is to the Arsenal team.

Arsenal have struggled this season, sitting ninth with only eight wins from 27 Premier League matches. Aubameyang has directly contributed to 50 per cent of their goals, his goals and assists helping them pick up 25 of their 37 points. 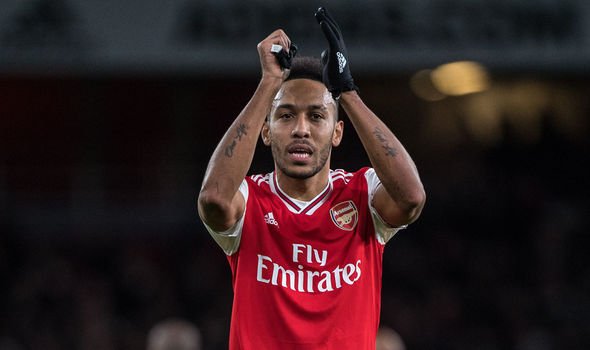 And Lacazette, who has encounter his own woes in front of goal in the current campaign with just eight in 24 across all competitions, insists Arsenal simply cannot afford to lose Aubameyang.

The former Borussia Dortmund forward has scored 60 goals and laid on 13 assists in his 95 appearances for the club since a then-club-record £56million switch in January 2018.

“It’s really important,” Lacazette said ahead of Thursday night’s Europa League round of 32 second leg against Olympiakos when asked how key it is that Arsenal keep Aubameyang.

“He’s one of the or maybe the best this season for the club so obviously I hope he is going to stay for the club.” 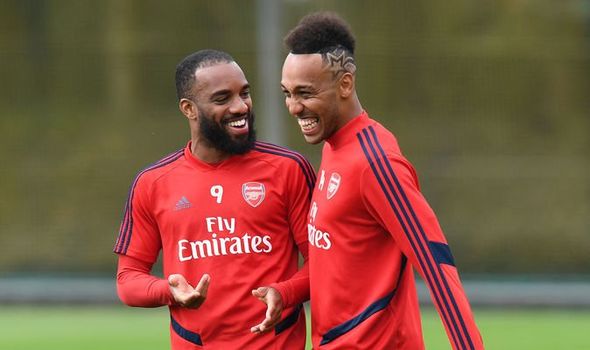 “I think people should talk more about Auba and what he is doing in the game because he is more than a goalscorer, he is working a lot for the team defensively and making space for the other striker – Eddie [Nketiah] or me.

“I think if we start to win more trophies, people will talk more about what he is doing for the team.”

Lacazette’s comments come after Sky Sports pundit and Manchester United legend Gary Neville hailed Aubameyang as “world class” as he called for the former African Footballer of the Year to receive greater acclaim for his efforts.

“I think the doubts have got to be removed now on Aubameyang,” Neville said. “I feel he doesn’t get appreciated anywhere as near as much as he should do.

“I think it’s getting to the point now where you could argue that he is the top goalscorer in the Premier League over the last couple of seasons.

“He’s one of the best players we’ve got in the Premier League, but for some reason he doesn’t quite get the credit and the plaudits that others get. 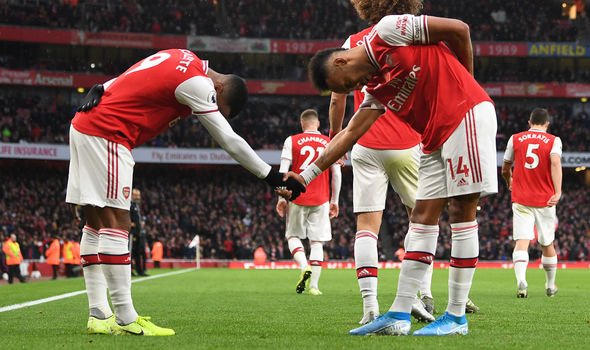 “I think even Marcus Rashford and Anthony Martial get more air time than him because of the Manchester United link but his quality performances are at the highest level.

“We’re all guilty of it but I think he’s been absolutely sensational, and he now needs to be given the credit he deserves.

“I don’t know why that is, but we’re all guilty of it. I think he’s been absolutely sensational, and I think now’s the time for us all to start recognising the quality and the brilliance of this player.

“He fights for the team, he’s always there, and for me, he’s everything you would want in a football player.”

Arsenal boss Arteta has made it clear he has no plans to lose Aubameyang, but admits the rest of the team must rise to his level to ensure he does not feel like he needs to move elsewhere to fulfil his ambitions.

“We have to try to support him and try to give him everything as a club so that he feels fulfilled here. That is the challenge we have.

“He needs to feel fulfilled, when he does that, we show appreciation too. Unfortunately, we are not that good that we can allow players not to do that [just score and not work].”