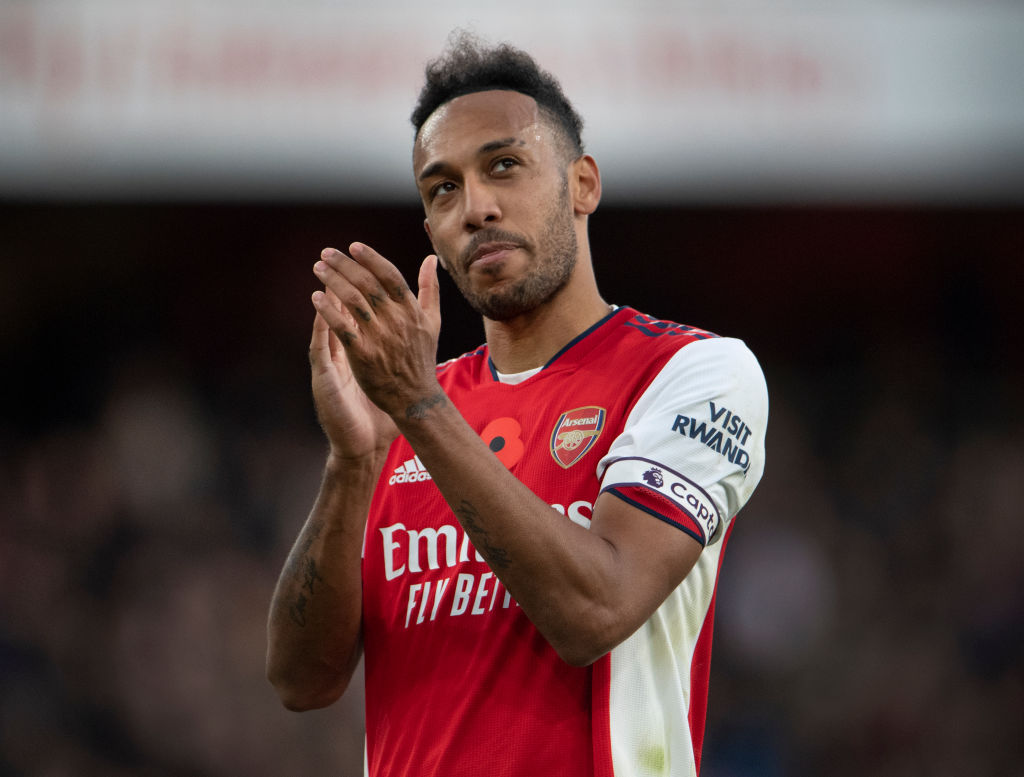 Arsenal have finally confirmed Pierre-Emerick Aubameyang’s exit ‘by mutual agreement’ with the Gunners having terminated his contract to allow him to sign for Barcelona on a free transfer.

The Gabon international flew to Catalunya on Monday to try and push through a loan move to the Spanish giants, though the deal appeared to be in doubt when Arsenal refused to subsidise his wages.

But, late in the day, Arsenal agreed to let Aubameyang leave for nothing and ripped up his contract prior to the transfer deadline, giving Barcelona time to complete the deal after the close of the window.

Although he has not yet been officially unveiled or registered by his new club, Aubameyang was spotted taking part in training with Barca on Tuesday.

A statement from Arsenal late on Tuesday evening confirmed: ‘Pierre-Emerick Aubameyang has left the club by mutual agreement.

‘We wish Auba all the best for the next chapter in his career and thank him for his contribution to the club.’

The 32-year-old spent four years at the Emirates, joining in January 2018 when Arsene Wenger was still in charge, and scored 92 goals in 163 appearances for the north London club.