Arsenal star David Luiz has been told he must accept Mikel Arteta’s conditions over playing-time if he wants a new contract, that will also make him a coach. The former Chelsea star will see his terms expire at the end of the season.

Arsenal star Luiz has been told he must accept a lesser role in the first-team as a new contract is prepared before the end of the season.

The new deal will also see the Brazilian become a player/coach as he looks to the next chapter of his career.

Turning 34 in April, the centre-back will see his current terms expire at the end of the campaign.

It means he will be free to leave in the summer, though it would appear all parties are looking to continue his time at the Emirates. 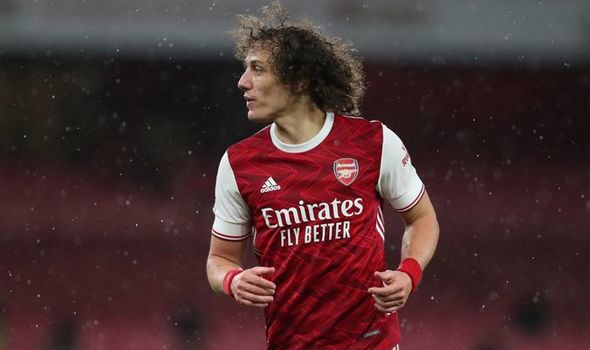 Luiz has been an important player for Arteta, both on and off the pitch, with him being the most experienced player in the dressing room.

During his illustrious career, he has won countless trophies with the likes of Chelsea and Paris St-Germain, including the Champions League.

And Arteta wants to see what the defender can do in a coaching role and a befitting contract is being drawn up.

However, according to Football London, that would require him to accept a lesser role in the first-team.

Arsenal are eyeing a new centre-back in the upcoming transfer window to boost the squad, despite the signing of Gabriel Magalhaes last year.

There is also the highly-rated William Saliba still within the ranks, who has been impressing the club since his move to Nice on loan in January.

Other options include Rob Holding, who has been solid throughout the season, as well as Pablo Mari – though injuries have not been kind to the former Flamengo star.