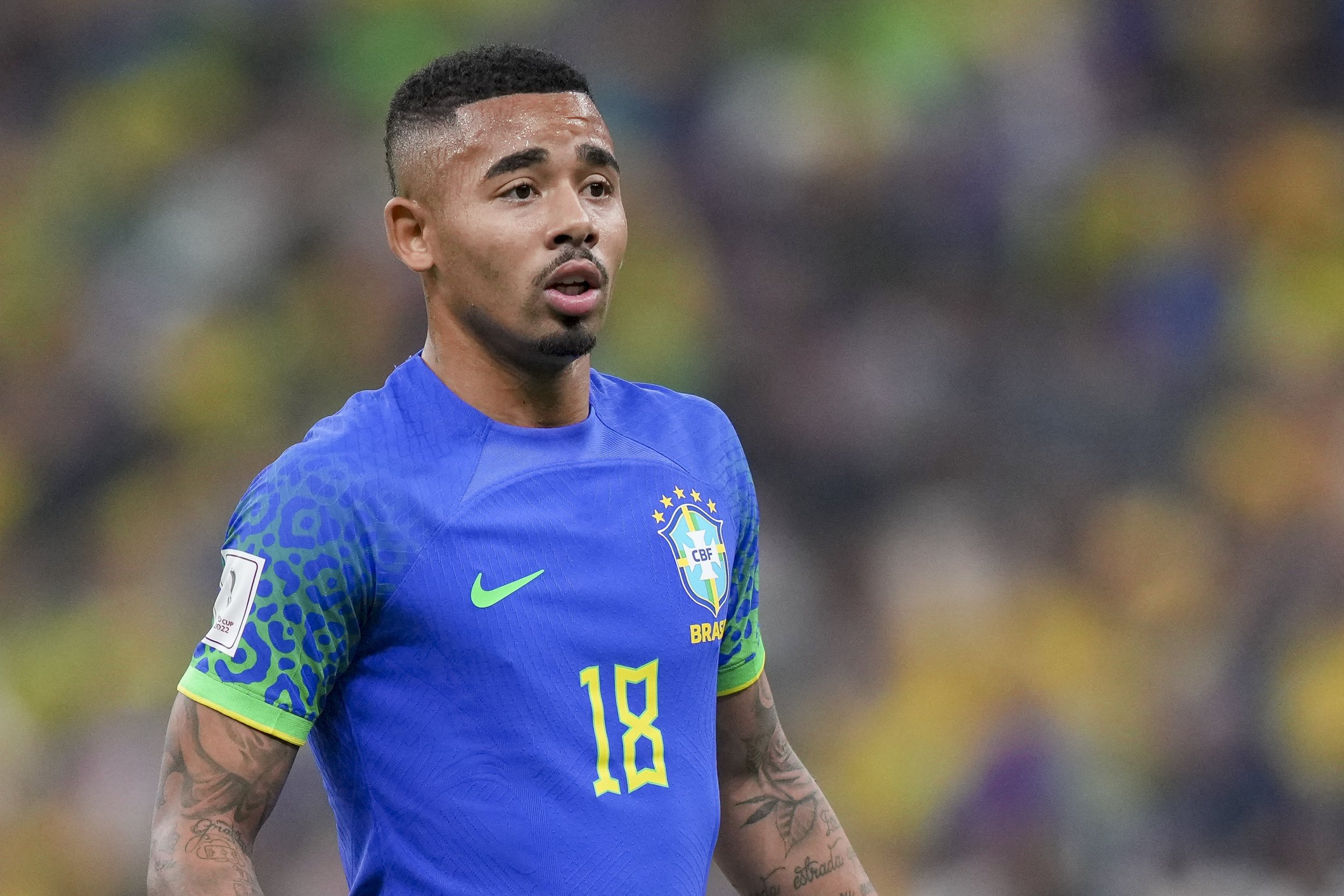 Arsenal striker Gabriel Jesus will undergo knee surgery and is expected to be sidelined for at least three months, according to reports in Brazil.

Jesus’ World Cup campaign has been cut short after he suffered a knee problem during Brazil’s 1-0 defeat to Cameroon on Friday.

The 25-year-old underwent an MRI scan on Saturday, and Brazilian TV network SporTV reported later that evening that the injury is worse than initially feared as he requires surgery to repair the damage.

Jesus is due to return to London on Sunday afternoon to begin his recovery and is set to be absent for a minimum of three months of Arsenal’s season, which puts his earliest return date in March 2023.

The injury leaves Mikel Arteta short of attacking options as Arsenal prepare for the second part of their Premier League campaign.

Arteta’s side resume their Premier League campaign on Boxing Day as they host West Ham at the Emirates Stadium.

Jesus, meanwhile, hit the ground running at Arsenal following his £45 million move from City in the summer, with five goals and five assists in 14 league appearances.

The injury to Jesus means Arteta is left with Eddie Nketiah as his only fit senior striker who is currently available. Gabriel Martinelli could also be another option but the 21-year-old primarily plays out wide.

Brazil will also be forced to navigate the remainder of the World Cup with Alex Telles after he also suffered a knee injury which has ruled him out of the tournament.

A statement from the Brazilian FA read: ‘As announced by the Brazilian FA after the game against Cameroon, players Alex Telles and Gabriel Jesus underwent tests on Saturday morning. Accompanied by the Brazilian National Team doctor, Rodrigo Lasmar, they underwent an MRI on the right knee that confirmed the injuries and the impossibility of recovery in time to participate in the FIFA World Cup Qatar 2022.

‘The coordinator of the Brazilian National Team, Juninho Paulista, is in contact with the sports directors of Arsenal and Sevilla to define whether Alex Telles and Gabriel Jesus remain with the squad in Doha to continue the treatment or return to their clubs.’