Arsenal star Wiliam Saliba starred for his club’s Under-21s in the Papa John’s Trophy against Gillingham after winning on penalties following a 1-1 draw. The Frenchman signed for the Gunners last summer but was allowed to stay with Saint-Etienne on loan for the season. He returned to Arsenal in the summer but has yet to make a senior appearance under Mikel Arteta.

The Frenchman made a rare outing for his club – albeit in the Under-21s team in the controversial competition.

Saliba has yet to make an appearance for the senior side despite being signed in the summer of 2019 for a fee of around £30m.

He was allowed to stay at Saint-Etienne to continue his development and he returned to north London this summer. 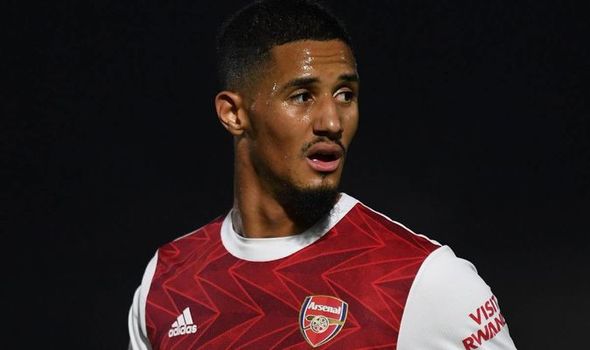 Against Gillingham, he showed his class – especially through his range of passing which had fans wishing he was a part of the first-team.

Catalin Cirjan opened the scoring for the Gunners until Trae Coyle – bizarrely on loan from Arsenal – netted the equaliser.

It took the match to penalties, where Cirjan grabbed the winning spot-kick with a cheeky Panenka chip.

But it was Saliba that caught the attention of fans, with many praising the 19-year-old for his special performance.

“Gabriel and Saliba together in defence would be lit,” another wrote.

And this fan said: “Gabriel Martinelli and William Saliba starting every week for my club. Nothing else. I’m starving.” 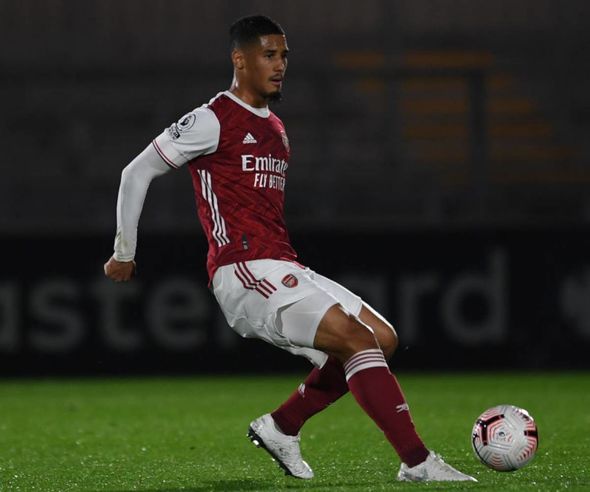 While a fourth posted: “Saliba pretty decent in the first half. A couple of Luizesque long range passes & a couple that went astray. Looks strong in the challenge.”

“Is that Saliba or Mbappe Im watching I can’t tell the difference,” this fan said after a brilliant pass.

Saliba is not in the Europa League squad in a bizarre oversight from Mikel Arteta, who admitted he is not happy with the situation.

“I feel really bad for William Saliba,” Arteta explained. “Because we had so many central defenders, we decided to leave him out of the squad which was really hurtful for me to do.

“I was hoping that Pablo would be back in two weeks but he had a setback and then we don’t have Pablo and we don’t have William when he’s fit and available to play.

“But when you make those decisions, you can’t always think about every possible outcome.”

Tags: Arsenal, autoplay_video, Sports
You may also like
Latest Posts