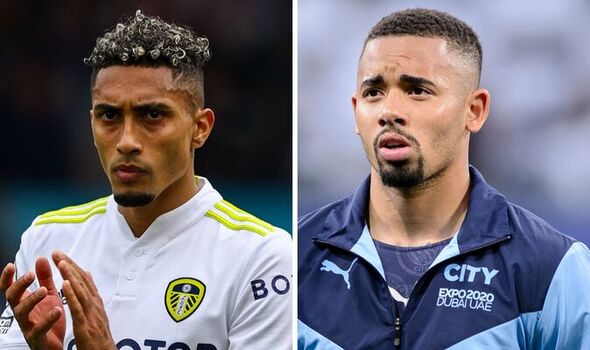 Arsenal will reportedly be given a free run at signing Gabriel Jesus this summer with Tottenham now out of the race, but it won’t be the same situation for Raphinha’s signature. Arsenal have already secured Eddie Nketiah’s long-term future with the young English forward rewarded with a bumper new deal this month.

But the Gunners remain desperate to add more firepower to their attack having lost both Alexandre Lacazette and Pierre-Emerick Aubameyang in the space of six months. No replacement for Aubameyang was signed in January and that may have ultimately proved costly at the end of the season as Arsenal missed out on a top four finish.

Mikel Arteta wants to bring a striker with Premier League experience and Jesus appears to be the club’s top target. City are seemingly willing to listen to offers with a host of clubs showing an interest.

Tottenham had reportedly made enquiries for the Brazilian, but the Evening Standard now claim they have retracted their interest. That now leaves Arsenal as the strong favourites to bring in Jesus, although City still value their forward around £50million. 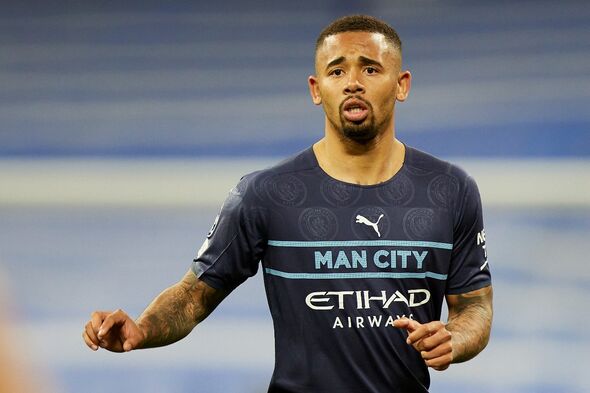 The Gunners have also made their interest in Raphinha clear by lodging an opening bid to Leeds. The offer was said to be rejected instantly with Leeds demanding around £65m and Arsenal’s bid falling far short of that asking price.

But, while Tottenham are no longer interested in stealing Jesus from the clutches of Arsenal, they are reportedly one of a few clubs set to challenge their north London rivals for Raphinha. Antonio Conte is said to want to bolster his attacking options and provide more competition for Dejan Kulusevski, Son Heung-min and Harry Kane.

Raphinha is now one of two options Tottenham are looking at, along with Everton forward Richarlison. Raphinha played a huge role in helping Leeds avoid relegation last season and looks set to leave this summer.

While a number of Premier League clubs are showing an interest in the winger, Barcelona is said to be his preferred destination. The 25-year-old scored 11 goals last season while also providing three assists.

Only Bukayo Saka and Emile Smith Rowe reached double digits for Arsenal in the league last season with Martin Odegaard their second top-scorer with seven goals.