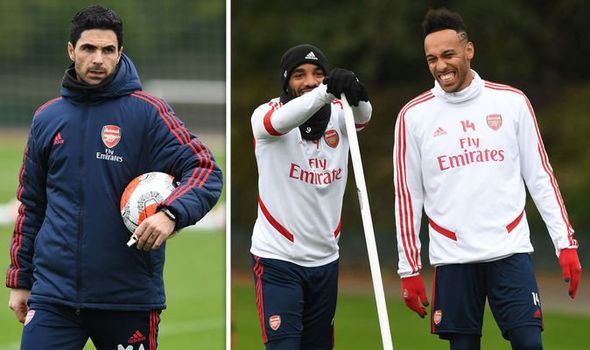 Arsenal have issued tailored individual training programmes to their first-team squad and even sent gym equipment to some of their homes as they bid to keep their players fit and ready throughout their period of isolation.

The Gunners broke the news on Thursday night that Mikel Arteta had tested positive for the coronavirus.

As a result, Arsenal’s facilities were closed and deep cleaned with players ordered to remain at home for a period of two weeks from Tuesday March 10 onwards.

They confirmed in a statement those expected to stay in isolation were “the full first-team squad and coaching staff as well as a small number of people from our Hale End Academy”.

Their self-isolation will come to an end on Tuesday March 24, with the Premier League season currently scheduled to return 11 days after that on Saturday April 4 – though that could change. And in order to ensure they remain fully fit, Arteta’s squad have been sent equipment to ensure they can continue working out at home, according to the Daily Mirror.

Most of the players have home gyms but those without such facilities, or without the proper equipment to suit their respective plans, have been helped out by the north London outfit.

Arteta said on Twitter on Friday: “Thanks for your words and support. Feeling better already. We’re all facing a huge & unprecedented challenge.

“Everyone’s health is all that matters right now. Protect each other by following the guidelines & we’ll come through this together.

Meanwhile his wife Lorena said on Instagram: “Under the circumstances that we are right now, I felt the responsibility of sharing our situation.

“I want to say thank you to everyone who sent good vibes, texts, emails and calls, really it’s been overwhelming.

“I understand as well that you want to know what’s going on.

“My husband is feeling fine, he is well. It’s true that he had symptoms of the virus but the symptoms would have never stopped him from going to work in a normal situation.

“He would have just taken an ibuprofen or paracetamol and he would have gone to work so really, it’s nothing major.

“Some temperatures, some headaches but that’s it. That’s his experience. My kids and I are perfectly well. 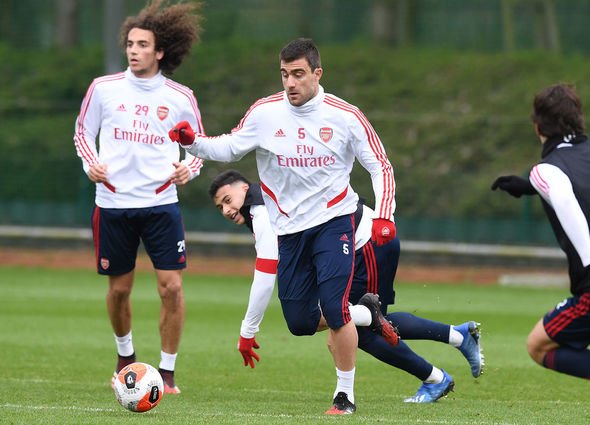 “Apparently the virus is not lethal. It could be for a certain amount of people but the majority are going to go through it with mild symptoms.

“Maybe some people have more symptoms than others but it won’t be anything really bad.”

And Arsenal back-up goalkeeper Emiliano Martinez has spoken out about being in isolation, with the club also said to be ensuring their players keep to their strict diets.

“We had contact with him the day before and shook his hand normally, and the next day he tested positive.

“We are not allowed to leave the house; it is a government regulation.

“They gave us a diet from the club, but we are not allowed to leave the house.

“Only the supermarkets are open, but there’s no hygiene products. The schools and transport are slowly closing, and by Monday everything will be cancelled.”

COVID-19, as the World Health Organisation have dubbed the pandemic, has killed over 6,500 people worldwide and confirmed cases surpassed 170,000 on Sunday.