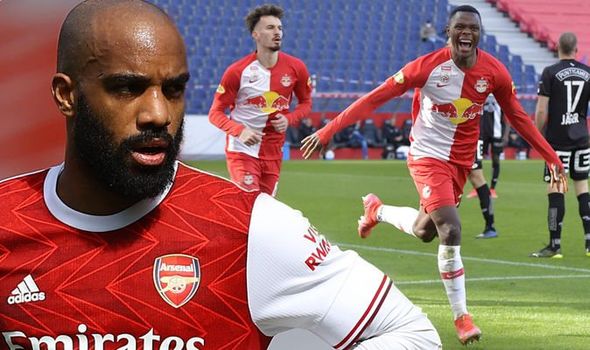 Arsenal have decisions to make this summer, not least regarding the future of Alexandre Lacazette. Lacazette, who turns 30 next month, is out of contract in 2022. Arsenal need to either hand him a new contract or sell him on in the next window to avoid losing him for free.

But while his output in front of goal has improved this season, the Gunners will be wary of extending Lacazette’s deal given the drop-off in Pierre-Emerick Aubameyang’s form since his new contract last summer.

The France international has 13 Premier League goals this season, with 17 goals and three assists across all competitions putting him four direct goal involvements ahead of any of his team-mates.

Yet Arsenal have been stung by big-money extensions twice, with Aubameyang and Mesut Ozil both different players after signing new deals, and they may instead look to freshen up their options up top this summer.

Celtic’s Odsonne Edouard is one player long linked, and would cost around £25million per some reports, but there is another even cheaper option, also mentioned in connection with the north Londoners and also with Manchester United, Chelsea and Liverpool. 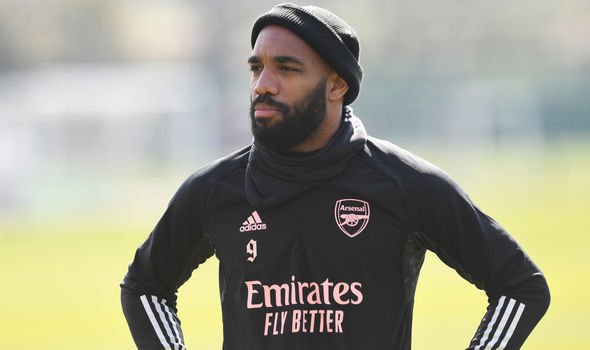 That’s Red Bull Salzburg’s Patson Daka, who has 31 goals and 10 assists in 36 appearances for the Austrian Bundesliga leaders in the current campaign.

It’s not a one-off season for the Zambia international, either, given he produced 27 goals and 12 assists in 45 games last term.

At just 22, Daka’s goalscoring record deserves acclaim, and his former strike partner Erling Haaland has proven with Borussia Dortmund that just because Austria is not a major league does not mean those goals cannot be taken to the higher divisions.

Daka is profiting from the fact the Salzburg attack is built around him and he averages an enormous amount of shots per game for his current employers, which would not be sustainable in some Premier League teams.

He would need to be the starting centre-forward and the focal point of the team – and with Lacazette potentially gone and Aubameyang better out wide, Arsenal could give him that role. 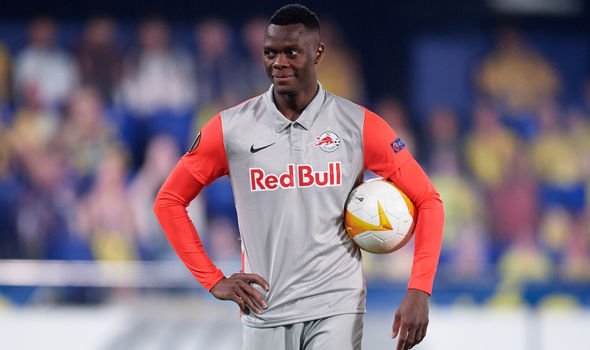 The African would offer some of the same qualities as Edouard, if not more given his wide skillset, but at an even cheaper price, with it thought £17million could be enough to prise him from Salzburg.

Dortmund paid £18m for Haaland, by contrast, and his value has since increased at least sevenfold. There’s plenty to suggestion time in the Premier League would see Daka quickly establish himself as a player worth at least double what Salzburg would sell him for, if not triple.

A tall, fast and strong clinical finisher who has plenty of pace but is also cute and clever with his movement and positioning, Daka also works hard defensively. Everything about his profile suggests he will be one of the next big successes off the Salzburg production line.

There’s plenty to suggest he could be an excellent leading man in an Arteta team and he has a more polished game than Eddie Nketiah or Folarin Balogun, for all of the latter’s promise.

Best of all, at £17m – given Lacazette would surely fetch a higher fee if he’s to move on – Daka could be signed even if Spotify CEO Daniel Ek fails in his £2billion takeover attempt. 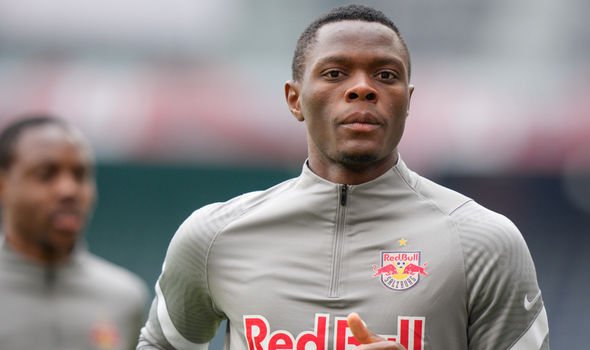 Though Salzburg have been in the Champions League group stages the past two seasons thanks to winning in the play-off round both years, there’s no hiding that the Premier League is a step-up in standard to Austria’s top tier.

And the chance to display his talents at a higher level, at a club the standing of Arsenal despite their on-pitch underperformance in recent years, would surely appeal.

An attack with Daka consisting of the likes of Bukayo Saka, Nicolas Pepe – beginning to show his best form at the Emirates – Gabriel Martinelli, Emile Smith Rowe, and of course Aubameyang, is one to get excited about. Even more so if Martin Odegaard is signed on another loan deal, or even permanently.

Daka is a player who simply has to be on Arsenal’s radar if they sell Lacazette and they’re serious about upgrading their front-line in the chase of regular Champions League football once more.

Tags: a, Arsenal transfer news, Sports
You may also like
Latest Posts