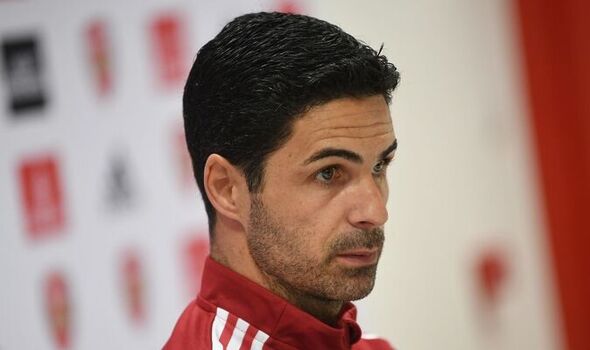 Arsenal are targeting at least two new recruits at centre-forward this summer and the Gunners have now set their sights on both Gabriel Jesus and Tammy Abraham, who have worked their way towards the top of the club’s transfer shortlist. Plenty of new faces are due to arrive at the Emirates Stadium before the start of the 2022/23 campaign but signing attacking reinforcements will be the priority for Edu, with both Alexandre Lacazette and Eddie Nketiah expected to depart upon the expiry of their contracts.

While the latter has impressed in recent victories over Chelsea and Manchester United, he wants assurances of regular game time, something that Arteta cannot promise.

Now a deal for Jesus is already in the works with Edu already leading negotiations with the player’s agent.

The Manchester City forward showcased his quality on his side’s 5-1 demolition of Watford on Saturday by netting an impressive four goals.

While there have been no club-to-club discussions as of yet, City are expected to offload Jesus at the end of the season, when he will only have one year remaining on his contract.

Roma forward Abraham, who has 24 goals in 46 outings in all competitions this season, is also on Arsenal’s radar.

He was briefly considered last summer when Chelsea boss Thomas Tuchel decided to place him up for sale but Arsenal decided against the deal.

They were no longer monitoring him as of January and Abraham was not considered part of their thinking when they explored a winter deal for Dusan Vlahovic.

However, now he is firmly in their sights and there is talk a £50m proposal could be on the agenda.

The Gunners’ held private talks with his agent back in January, when they were told a mid-season deal was not viable.

Arsenal are still in the hunt for Nunez but fear his inflated £67m price-tag could be slightly out of their reach following his recent performances in the Champions League.

Napoli’s Victor Osimhen is also among the options discussed by Arsenal but he too would cost a lucrative fee close to £70m.

It’s unclear whether Arsenal would be prepared to go that big on a new No 9 given that other areas of their squad are also in need of improvement.

Dominic Calvert-Lewin also remains a potential option, although his stock has plummeted following a dismal season with Everton.

Should the Toffees fail to beat the drop, the England international could be available at a cut-price.

Jonathan David of Lille also remains a firm option and he will definitely leave last season’s Ligue 1 champions at the end of the season.