Mikel Arteta has reportedly decided against a move for Julian Draxler because the German was a former target under Arsene Wenger. It’s alleged that the current Arsenal boss wants to put his own stamp on the club including in the transfer market, as he looks to lead the Gunners towards an exciting future.

Arsenal are unlikely to spend this month unless they’re able to free up some cash through sales.

The club are set to see Sokratis Papastathopoulos and Mesut Ozil depart with the latter closing in on a move to Fenerbahce.

Sokratis’ has held talks with both Genoa and Real Betis but favours a move to the La Liga club where he would reunite with former Borussia Dortmund centre-back partner Marc Bartra.

Arteta is open to the idea of adding more productivity to his ranks behind the strikers. 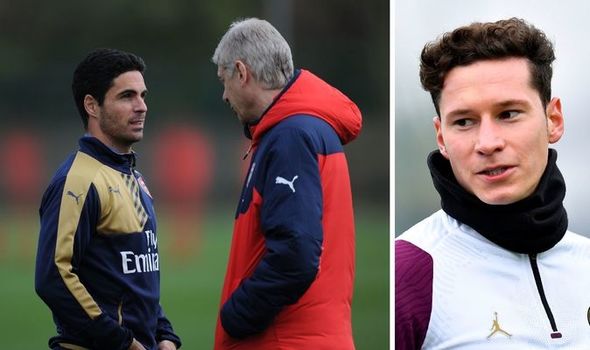 Dominik Szoboszlai was a target before he sealed a move to RB Leipzig.

Now Julian Brandt has emerged as an option but Dortmund are not willing to weaken their squad this month.

That’s where Draxler comes into play, after emerging as a potential alternative to Brandt.

The Paris Saint-Germain midfielder is out of contract this summer but Mauricio Pochettino’s side would be open to letting him leave this month.

However, according to Eurosport, Arteta has now decided he doesn’t want to pursue a move for Draxler because he was a former target of Wenger.

The report claims that Arteta wants to lead the club into a new direction as he looks to put his own mark on Arsenal’s history.

It’s feared that the chance to sign Draxler, a deal which nearly happened in 2014 and 2017, has now been and gone.

Following several years in the cold at PSG, a move back to Germany looks to be on the cards despite interest from Leeds.

Arsenal first took interest in Draxler back in 2014 during his time at Schalke.

The now 27-year-old then moved onto Wolfsburg before being linked with a switch to north London once again. 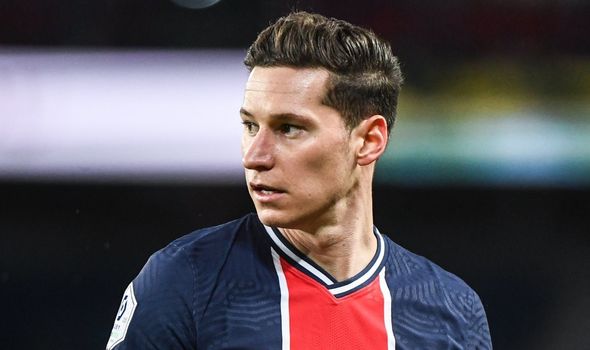 Wenger made no attempts to hide his admiration for the player during his time in charge of Arsenal.

“It will be very interesting to follow what Draxler does, from Germany, he is still a very young player,” he said back in 2016.

Ultimately though, besides his availability, Draxler is no longer the kind of acquisition that Arsenal require as they look to close the gap on the rest of the Big Six.

Arsenal icon Wenger, who left the club in 2018, recently issued his support for Arteta and revealed he’d be willing to help in any way he can.

He told the Men In Blazers podcast: ‘If I’m needed, I will help them. But I don’t expect that, no.”