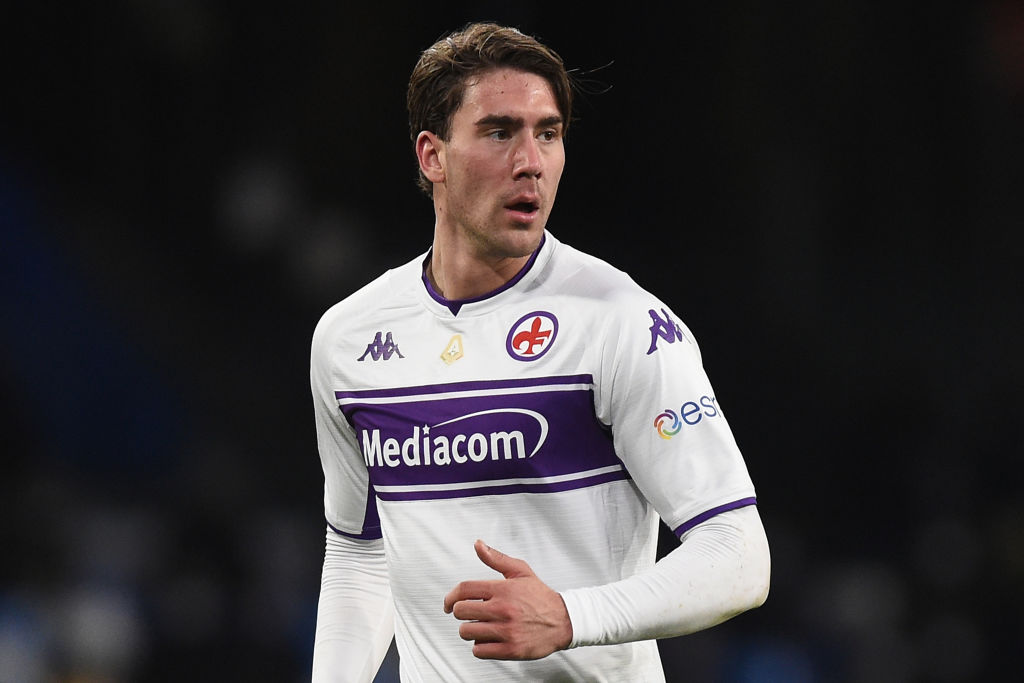 Arsenal have made a £50million offer for Fiorentina striker Dusan Vlahovic and with Lucas Torreira included as part of the deal.

The Gunners are eager to bring in an established centre forward with the in-form Serbian at the top of their transfer list.

The 21-year-old is on the radar of a number of Europe’s elite clubs but Arsenal are hoping to beat them to the punch and bring him to the Emirates this month.

Fiorentina are demanding €75m for the striker and are reportedly demanding for most of that that fee be paid up front.

According to Corriere Della Sera, Arsenal have now made an offer of €60m (£50m) plus Torreria, who is currently on a season-long loan at La Viola.

The report claims the offer will be one that Fiorentina will find ‘particularly attractive’ with their hopes of getting Vlahovic to sign a new contract at the club fading quickly.

The striker has 18 months left on his contract with already fears at the club he could run down his current deal and leave for nothing in 2023.

Torreira meanwhile has been a regular in the starting XI at the Tuscan club since joining on a season-long loan in August.

Arsenal are eager to bring in an established centre forward with Pierre-Emerick Aubameyang’s future at the club looking bleak having been stripped of the captaincy in December.

Alexandre Lacazette and Eddie Nketiah both appear set to leave the club when their contracts expire at the end of the season.

Everton’s Dominic Calvert-Lewin and Real Sociedad’s Alexander Isak have also been linked with Arsenal this winter, but Vlahovic is the club’s primary target.