Lightning does strike twice! Arsenal’s ‘leaked third kit for next season set to feature eye-catching zig-zag design inspired by the 1990s’ – with blast from the past mirroring the days of Ian Wright and Dennis Bergkamp

Arsenal’s fortunes on the field may be continuing to worsen – but the club will once again make waves away from it thanks to another eye-catching shirt design.

The latest concept, revealed by the usually-reliable FootyHeadlines, has revealed a jagged lightning inspiration for the third jersey set to be sported next season.

With their current players failing to dazzle, the Arsenal fanbase may be grateful for the welcome, and sensational, blast from the past. 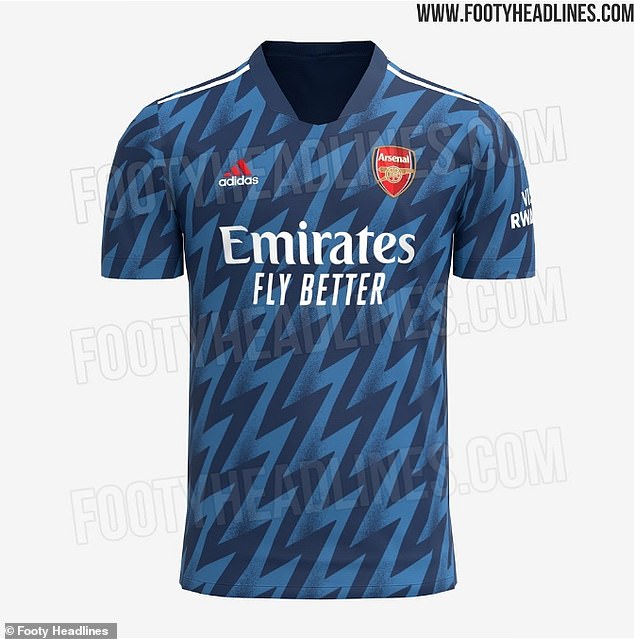 The top, designed by Adidas, is predominantly blue and has been rounded off in style by a shade of turquoise and red and white logos.

It mirrors the memorable ‘Blue Lightning’ away kits released by Nike, and worn by an array of swashbuckling big names, between 1994 and 1996.

The zig-zag pattern is subject to change, however, and the collar design, as shown in the concepts, may also look different on the final product. 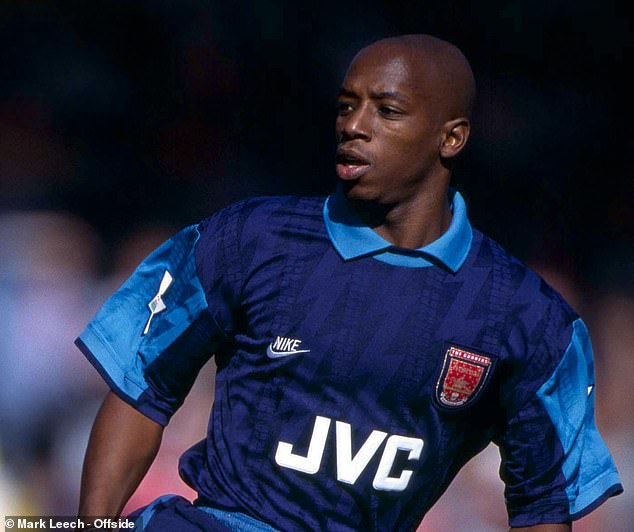 Those keen to snap up the jersey will be forced to wait until August 2021, though, with the official launch expected to take place then.

As a result, it may still be a number of months until any sneak previews of the actual top are shown to potential buyers.

Dennis Bergkamp and Ian Wright are just two Arsenal players to have pulled on the radical design, which has provided inspiration for the upcoming strip, in the 90s.

But the first campaign the ‘Blue Lightning’ pattern was rolled out was arguably Arsenal’s most frustrating in a decade. 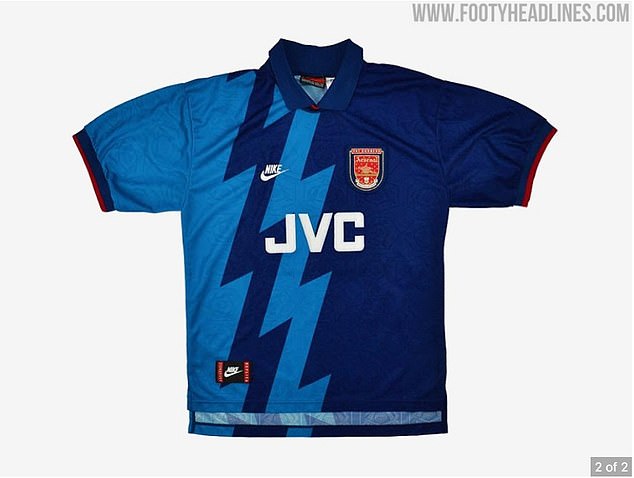 The Nike design from the 90s, named ‘Blue Lighting’, is tipped to make a welcome comeback 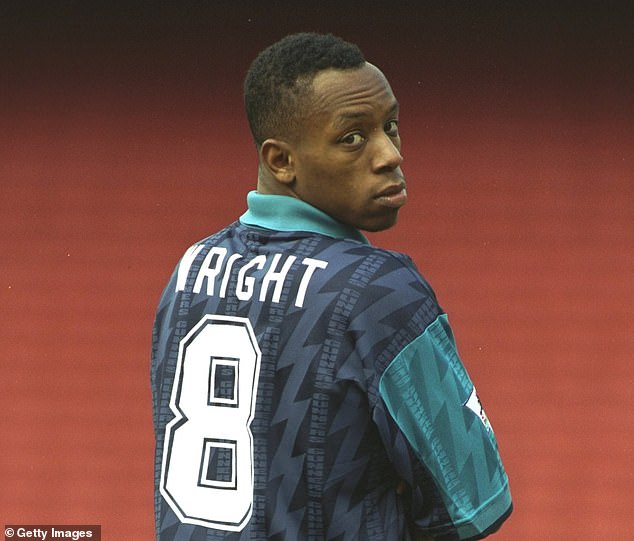 Ian Wright, pictured in 1994, is seen wearing one of the designs which have inspired Adidas

George Graham, the long-serving and highly-successful man at the helm, was sacked – and his assistant Stewart Houston endured a dire time after replacing him.

The following campaign was only a marginal improvement. Once again, Arsenal failed to challenge for the title and were left without silverware.