Arsenal transfer chief Edu reportedly sees Achraf Hakimi as the ideal replacement for Hector Bellerin this summer and he may be able to fix two issues in Mikel Arteta’s squad. Inter’s owners, Suning Holdings Group, are supposedly set for big changes this summer as they look to balance the books.

It is claimed that they’re looking to scale back their involvement in the club having already shut down Chinese Super League side Jiangsu FC.

And reports have suggested that could mean selling off some of their star assets in the summer.

Milan Skriniar, Ivan Perisic, Christian Eriksen and Lautaro Martinez have all been linked with moves away from the San Siro.

Arsenal are keen to take advantage of Inter’s position this summer as well, with the Daily Telegraph claiming Arsenal are keeping tabs on Hakimi. 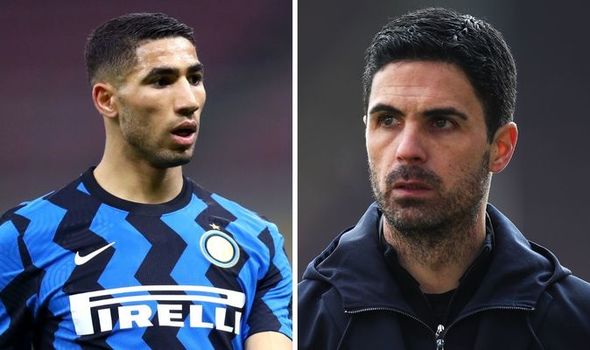 There have been numerous reports suggesting that Bellerin’s time at the Emirates is coming to an end.

And Arteta will want a ready-made replacement to come in and take his place.

Hakimi is seen as the ideal option to replace Bellerin this summer, with a deal expected to cost in the region of £40million.

The 22-year-old came through the ranks at Real Madrid but struggled to break into the first-team squad on a regular basis.

He was initially loaned out to Borussia Dortmund for two seasons where he showed his versatility across the back line with his ability to also play on the left-side of defence.

Hakimi was then pushed further forward to play as a right winger and showed his creative side to rack up a number of assists.

Inter moved quickly to snap up Hakimi last summer after Real indicated that they weren’t interested in keeping the Morocco international at the Bernabeu.

The Serie A side have made no secret that they want Hakimi to have a long future at the club, but their precarious financial position could give Arsenal hope of striking a deal.

If Hakimi does join, then Arteta will have one of the world’s most promising talents who is able to play in a number of positions. 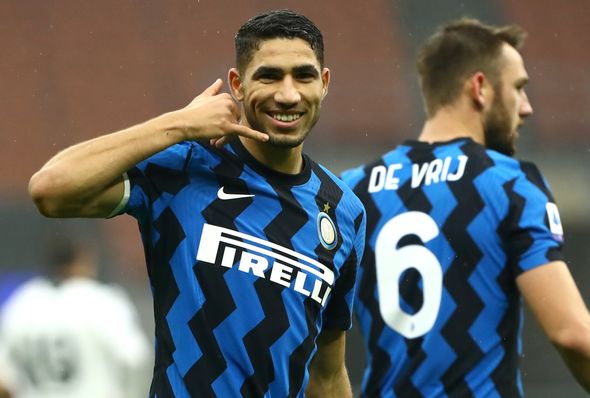 The Arsenal boss has been torn between Bellerin and Cedric Soares this season, suggesting neither player has done enough to convince him.

But there has also been a lack of creativity further up the field which Hakimi could help with.

He has predominantly played further forward in his first season at Inter and has already scored six goals as well as providing six assists.

The only Arsenal player to manage more than his six assists this season is Bukayo Saka.

Nicolas Pepe and Willian have struggled to impress this campaign and Hakimi could well fill in further up the pitch to give Arteta another dimension going forward.