Arsenal may have confirmed William Saliba’s shirt number for the upcoming season. The Gunners’ official website allows supporters to buy shirts with Saliba’s name and number on the back. 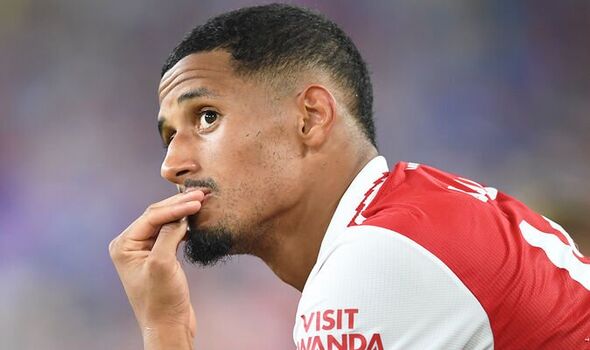 The defender is back at Arsenal following his successful loan at Marseille last season. He is set to be a part of Mikel Arteta’s squad and could finally make his first competitive appearance for the club.

Saliba was handed the No 4 shirt ahead of the 2020/21 season at Arsenal. But that jersey was nabbed by Ben White last summer following his arrival from Brighton.

No 2 looked to be a good bet for Saliba upon his return from Marseille as it was the number he wore at the Ligue 1 club. Hector Bellerin currently wears the No 2 but is expected to leave again before the end of the window. 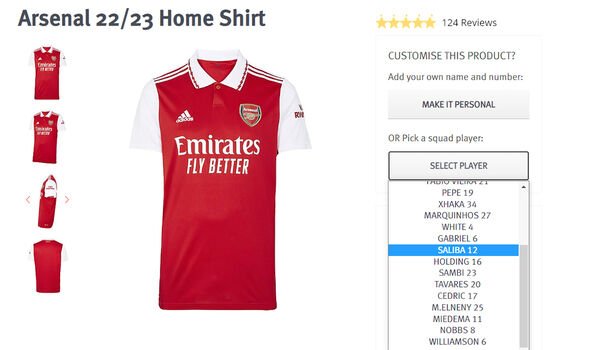 However, it appears Saliba will instead wear the No 12. The Arsenal Direct website is now giving supporters the opportunity to buy the club’s shirts for this season with Saliba 12 on the back.

The Frenchman and his new number are listed on the dropdown menu of the squad players available to personalise your shirt with. Saliba has worn the No 12 during pre-season training and in the friendly win over Everton in Baltimore at the weekend.

That often doesn’t mean a lot in terms of what number a player will wear officially when the season begins. But on this occasion it appears a decision has been made on Saliba.

Willian and Stephan Lichsteiner were the last two players to wear the No 12 for Arsenal. Saliba will be hoping to be more successful than the duo, with Lauren, Olivier Giroud, and briefly Thierry Henry, previous occupants.

Saliba’s performances for Marseille earned him a first call-up to the France squad and also his first caps under Dider Deschamps. He was happy with the season in Ligue 1 but wants to continue to push on this term.

He said: “I had a good season last season. We finished second in the table and I had some good moments and learned a lot, and I hope this season will be better than that.

“I was very proud [to win the Ligue 1 Young Player of the Year award] because the league has a lot of good young players, so it’s good for me but I want more.”