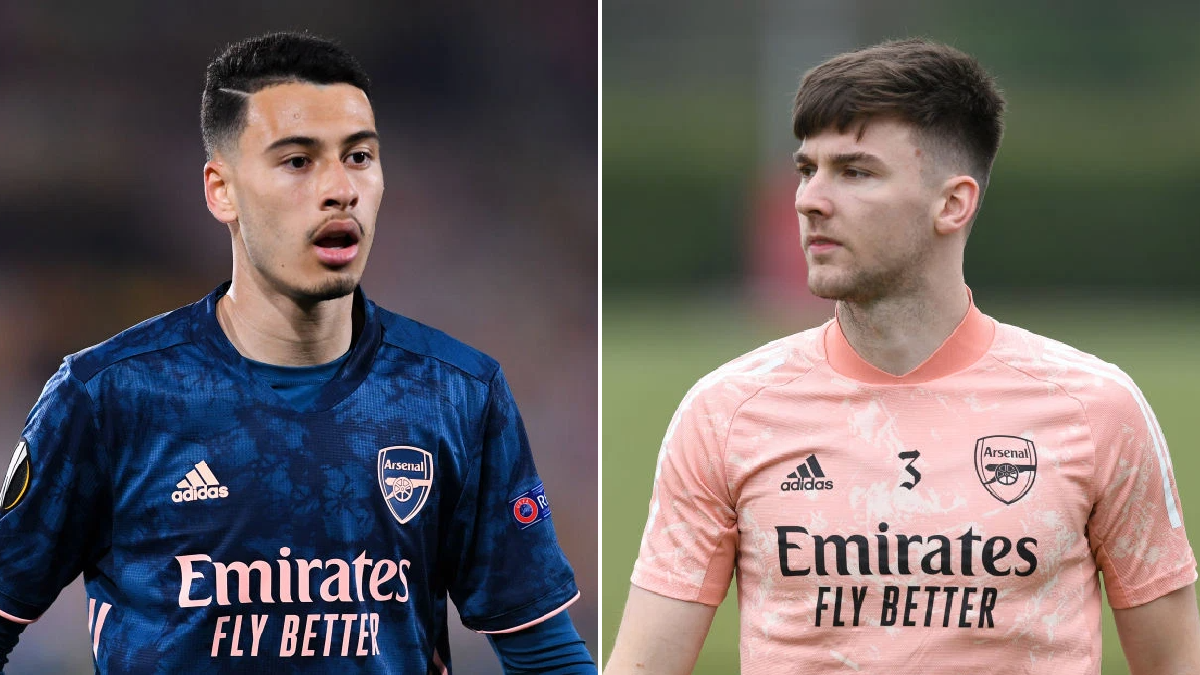 Mikel Arteta has suggested Arsenal teammates Gabriel Martinelli and Kieran Tierney need to work on their connection down the left flank and says his performance against Newcastle was aided by Granit Xhaka’s presence at left-back.

The Gunners picked up a confidence-boosting 2-0 victory at St James’ Park on Sunday, with Mohamed Elneny giving the side a very early lead before Pierre-Emerick acrobatically tucked home an excellent cross from Martinelli to wrap up all three points.

The Brazilian teenager has come back into the fold in recent weeks, having gone seven straight Premier League games without making an appearance, with fans eager for him to be involved more.

Curiously, Martinelli’s return to the team – starting three of the last four league matches – has coincided with the absence of left-back Tierney, who has been sidelined for each of those games.

And now Arteta has suggested that one of the reasons he has not played Martinelli more often has been down to a lack of connection and relationship between the 19-year-old and his Scottish teammate, with the youngster benefiting from playing with Xhaka.

Asked if Aubameyang was one of the ‘connections’ Arteta has been looking for Martinelli to forge, the Arsenal boss replied: ‘Yeah it is a connection there. I think having Granit behind him helps him in a way because he’s more in the line, in the last line, on the left when he is more comfortable.

‘With Kieran it’s a little bit different. Those relationships we have to feel.’

On Martinelli’s performance, Arteta continued: ‘Gabi is improving every week. I think he’s taking his minutes in the right way and he’s developing in the way that we all believe he can.

‘Today he had an assist, it was in an important moment, and he had some good moments off the left and as well trying to play him as a nine as well.’

‘But it happens. This debate is always happening when you don’t win. If it is not him, it will be someone else. If it’s not Gabi, it will be Lacazette, if it’s not him it will be Willian, or Pepe. So it’s part of it.’

Asked if he views Martinelli as a left winger or striker in the long term, Arteta added: ‘Time will tell but I’d like to develop him in both positions because I think he’s got the potential to do both.’

Tierney has been sidelined and is yet to return to training, with Arteta saying that both the left-back and Alexandre Lacazette are not expected to play against Villarreal on Thursday: ‘Well they haven’t trained with the team yet so I think that’s unlikely to happen.’