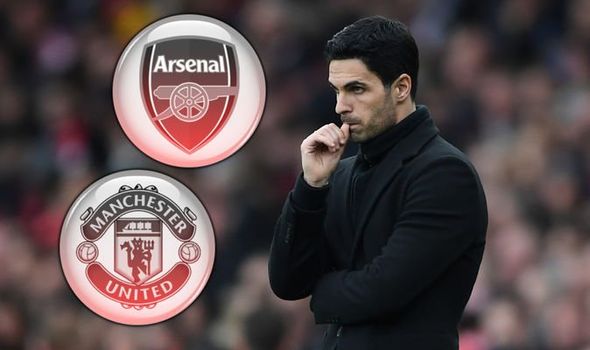 Pierre-Emerick Aubameyang’s future is a hot topic which looks unlikely to be solved for the foreseeable future. The striker has a little over 12 months left on his current Arsenal contract and appears unlikely to pen an extension.

Barcelona have apparently identified Aubameyang as their back-up option if they cannot land Lautaro Martinez from Inter Milan, the Argentine representing a younger but costlier option.

Meanwhile, Inter are said to see the Gabon international as their top target should Martinez be prised away from San Siro by the Catalan club.

But there is another club supposedly in the equation, with some reports claiming Manchester United are weighing up a £50million bid for Aubameyang.

The player’s Gunners future is highly dependent on their Champions League status, with the north London club eight points adrift of fourth place having played one match less than their rivals before the season was paused due to the coronavirus pandemic. 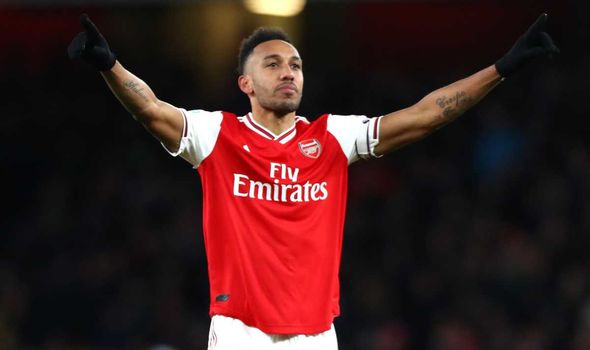 With at least another month until the Premier League resumes, there is every chance Arsenal may benefit from the break to put together a run of form that sees them clinch a spot in next season’s competition.

But in all likelihood, Arsenal will miss out on the top four (or five, dependent on Manchester City’s two-year UEFA ban) for a fourth straight season and will then be presented with a major decision to make on Aubameyang.

Arsenal chiefs have explicitly said since Aaron Ramsey’s Bosman departure to Juventus last summer that they will no longer allow their prized assets to leave for nothing and that those entering the final two years of their contracts will be sold.

That’s because Arsenal have been stung on several occasions by players running down deals and exiting for either way below their market value or without the club able to recoup even a single penny (see here: Ramsey, Jack Wilshere, Sol Campbell, Santi Cazorla, Robert Pires etc).

One example of the former, meanwhile, was when captain Robin van Persie, fresh off a 30-goal season in the league, announced he would not be signing a new contract in July 2012.

About to enter the final 12 months of his existing deal, Arsenal sold the Dutchman to Manchester United for £24million. He would go on to score 26 top-flight goals in 2012-13, adding 15 assists, as the Red Devils won their 20th title.

Injuries restricted him to 12 goals in 21 league games the following year and then 10 in 27 in 2014-15, before he left for Fenerbahce in the summer after a three-year stint at Old Trafford.

And while the prospect of losing Aubameyang without recouping any money for their most talented and most valuable player is a frightening one for Arsenal, should the choice be to sell Aubameyang to United or lose him for nothing in 2021 – the decision must be the latter.

Aubameyang is at a similar stage of his career to Van Persie, needing more silverware to back up his goalscoring brilliance.

The Netherlands striker was 29 when he joined United while Arsenal’s current talisman is nearly 31 and is without a league title or a European trophy to his name.

A move to United, then, might appeal. They sit fifth in the league right now, three points off fourth, on the back of a strong run of form and appear on an upwards curve. 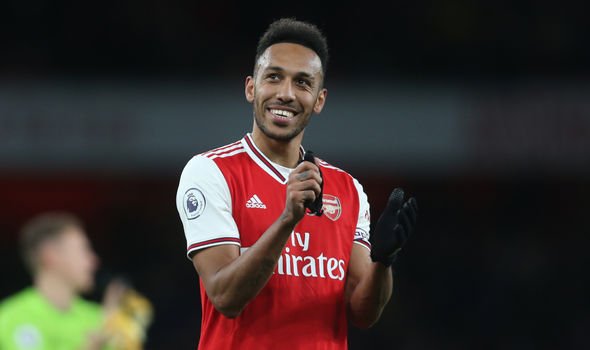 That’s partly thanks to January signing Bruno Fernandes, who has given Ole Gunnar Solskjaer’s side a brand new dimension offensively.

Gifting them such a potent frontman such as Aubameyang would improve their side tenfold and add at least another 15 to 20 goals on top of their current output. If they were to make other smart additions, it might even go some way to bridging the gap to Liverpool and Manchester City.

That would clearly see Arsenal shoot themselves in the foot massively in the top-four race – and would likely negate the benefit of Mikel Arteta having an extra £50m or so to spend on his own team.

Even with that money, on top of however much might be already available to the Spaniard, replacing Aubameyang’s goals would be immensely difficult. They have directly won Arsenal 16 of their 40 points in the league this term.

In the circumstance that it’s Aubameyang to United or nothing, Paul Merson’s stance on the player’s future is the one for the club to take.

They then must keep Aubameyang for an extra year, even against his will, and hope his goal-getting abilities in an improved team under Arteta, perhaps with a new-and-improved midfield, can fire Arsenal back into the top four.

Of course, Aubameyang being able to leave on a free in 2021 opens up the probability of him still joining a Premier League club ahead of the 2021-22 campaign but given he would then be 32, the bulk of his best form is then behind him and any switch to a rival would surely be far less damaging.

There is every possibility that either Barca or Inter stump up the cash that it would take for Arsenal to sell Aubameyang this summer.

But if they don’t, Arsenal must not make the same mistake they made with Van Persie or Arteta’s task of ending their Champions League absence will only get even harder.

Tags: a, Arsenal transfer news, Sports
You may also like
Latest Posts