Arsenal: Folarin Balogun reacts to making his debut for the club

Mikel Arteta has told Folarin Balogun ‘the hard work starts here’ after the teenage striker ended months of speculation by signing a new Arsenal contract. The 19-year-old had been linked with Premier League rivals Liverpool among other clubs amid fears he could leave for free in the summer transfer window – but he has now committed to the Gunners until 2025.

Balogun has impressed during his limited first-team appearances this season – averaging a goal every 63 minutes during Arsenal’s run to the Europa League semi-finals.

But with the likes of Pierre-Emerick Aubameyang, Alexandre Lacazette, Eddie Nketiah and Gabriel Martinelli all seemingly ahead of him in the Emirates pecking order, it looked as though the Gunners could lose him for nothing amid interest from clubs across the UK and Europe.

Arsenal’s attacking struggles were laid bare during their defeat to Everton last Friday, when Nketiah struggled to make the desired impact with both Aubameyang and Lacazette unavailable.

And Balogun – known by his team-mates as ‘Flo’ – will now hope he can force his way into Arteta’s plans after signing a new four-year deal with the club he has been at since he was eight years old.

JUST IN: Who is Daniel Ek? The Spotify billionaire who wants to buy Arsenal 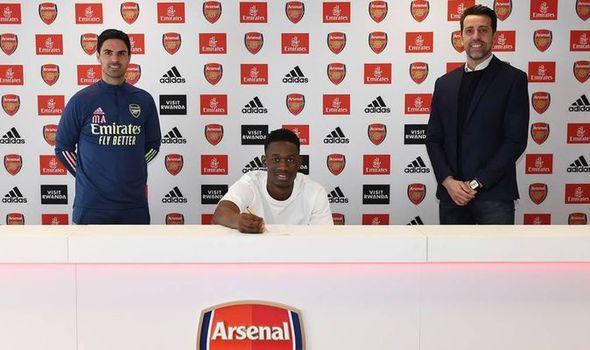 As Arsenal announced the news of Balogun’s new deal, Arteta told the club’s official website: “We have been extremely impressed with Flo this season.

“He has continually shown his natural ability in many training sessions with us and we have been equally impressed with his early integration into the first-team squad on matchdays.

“He has given us glimpses with the performances and of course with his two goals already for the first team. The hard work starts here for Flo and we are all looking forward to supporting and working with him in the years to come.”

Technical director Edu said of the New York-born forward: “It’s great that Flo will continue to be with us.

“He is a very promising young talent and has already shown so much quality in his performances. We are all looking forward to working with him during his continued development in the coming years.” 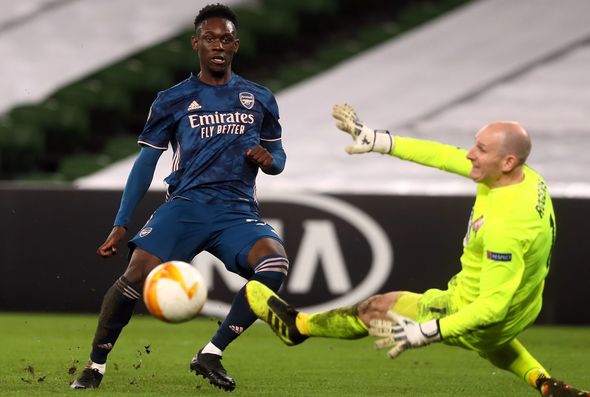 It is understood that assurances over game time were the biggest factor in contract negotiations.

It is here that Mikel Arteta and Edu reportedly played a key role in convincing Balogun that Arsenal was the best place for him continue his development, according to Football London.

“Just trying to, first of all understand, why he got to the point that he was really thinking about leaving the football club after being raise here and the feelings that he has built towards the club,” said Arteta when asked to explain how the club had convinced the England under-20 international to change his mind.

“Once you understand the position of him try to explain what you want to do, how involved he’s going to be in the project and how.

“And then get the full commitment from the club and support and Edu, who I think has done an incredible job as well.”