Former Arsenal striker Kevin Campbell has warned his former side that there may be better alternatives to signing Chelsea forward Timo Werner. The German looks set to leave Stamford Bridge this summer following the addition of Raheem Sterling and has claimed that he would be “happy anywhere” following rumours of a move elsewhere.

The Gunners have been linked with Werner alongside Newcastle and RB Leipzig, and are on the lookout for another forward option this summer after their failed attempts to prize Raphinha away from Leeds, but Campbell believes there are two players Edu and Mikel Arteta should consider ahead of the Chelsea man.

“You could say his [Werner’s] finishing hasn’t been great and that he has lost a lot of confidence,” Campbell told Football Insider. “But do you know what, whenever he plays he works hard and stretches the pitch. Whether he is playing striker or wide, he knows how to stretch the pitch.

“He is a thorn in the side of the opposition. It would not surprise me if Arsenal are interested in him. But I think they have bigger priorities for those wide forward slots. I would rather we move for a [Leroy] Sane or a [Cody] Gakpo. They fit the profile better for me.” 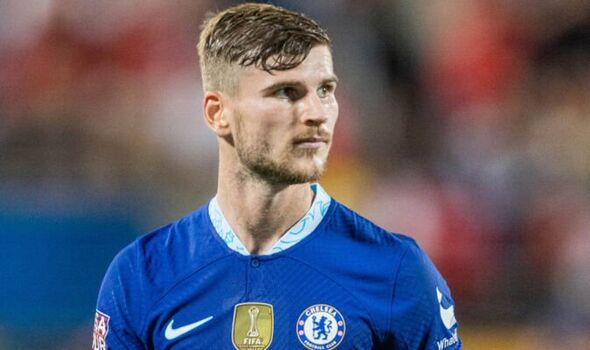 Arsenal reportedly do “admire” Bayern Munich winger Sane, as CBS reporter Ben Jacobs claimed that the Gunners looked into the former Manchester City man before they attempted to sign Raphinha. “The Sane links were prior to Raphinha and I think that Arsenal gathered quite quickly,” Jacobs told GiveMeSport. “When they turned their attention to Raphinha, that it’s going to be tough to get Sane to move away from Bayern. I think Bayern’s preference is still to try and keep Sane, so that one is going to be a challenge, but it’s obvious they admire the player.”

PSV winger Gakpo has also admitted that he “likes” Arsenal amid reports linking the Dutchman with a move to the Emirates. “The Premier League is a big league,” Gakpo told The Sun. “Virgil van Dijk plays there with Liverpool so I like to watch them. 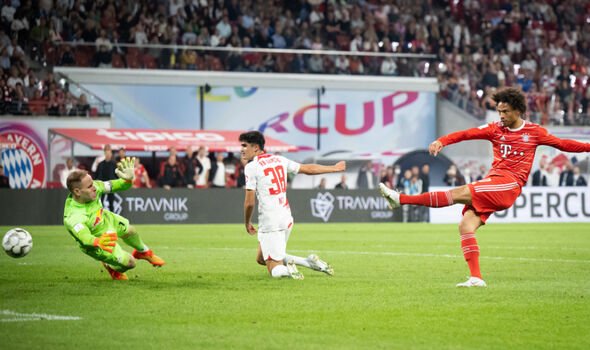 “We are not the same kind of league but I think we try to look at the Prem and learn about it. Everybody wants to play one time in the Prem. I don’t favour one team but I like Arsenal a lot. I looked up to [Thierry] Henry when I was younger because he was a tall guy who played on the wing.”

However, it does appear that the 23-year-old has ambitions of playing in the Champions League, which could dent Arsenal’s hopes of potentially signing the wide man after being pipped to a top four place by north London rivals Tottenham last season.

“If I can make a step to a team who plays in the Champions League every season, of course it is my dream,” Gakpo added. “But I still have a contract and there is a new coach coming in — but maybe there comes a club I cannot say no to.”