Arsenal will look to tie down Emile Smith Rowe to a new long-term contract after securing the future of Folarin Balogun, according to reports.

The midfielder, who is contracted at the club until 2023, has become a key part of Mikel Arteta’s side this season with five goals and seven assists in 31 appearances across all competitions.

According to The Athletic, the Gunners have begun talks over an extension and are confident the 20-year-old will committ his long-term future to the club. 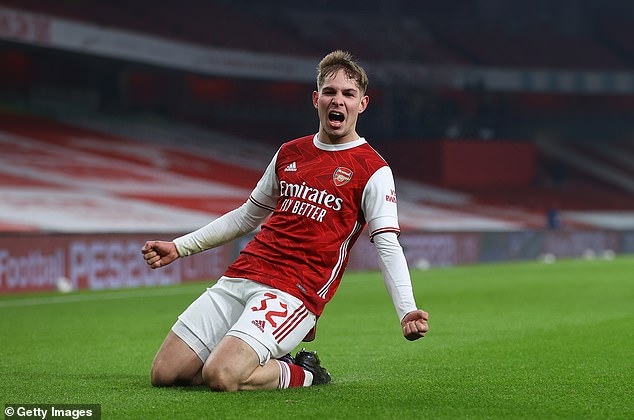 Sportsmail reported in January that the youngster was set to be offered a £40,000-per-week deal after his impressive performances.

Arteta was full of praise for Smith Rowe and Saka after the pair played a starring role in Arsenal’s victory over Slavia Prague in the Europa League earlier this month. 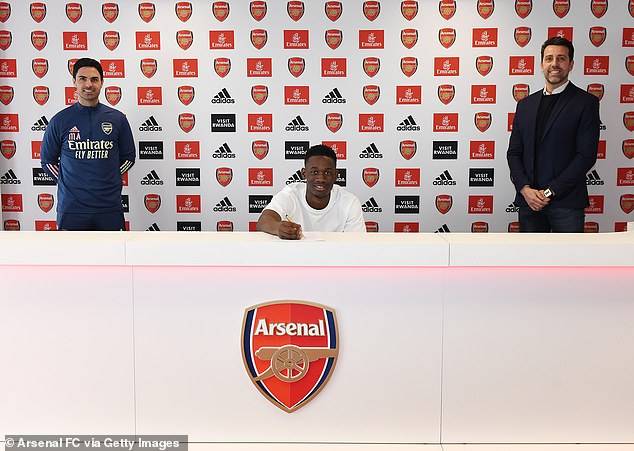 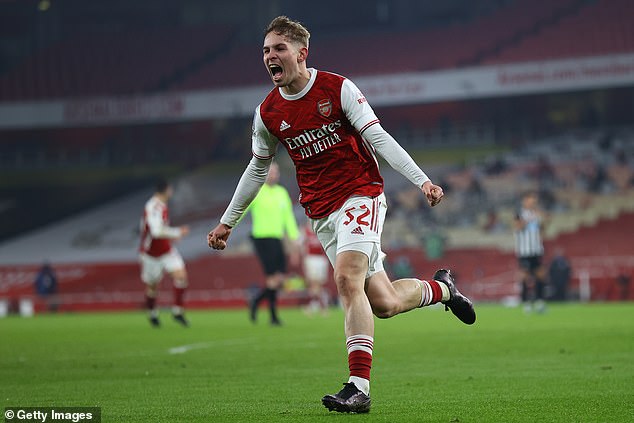 ‘How they behave, the passion and the commitment they have for the club. And then how much they like to play football.

‘You have to let them express themselves, and give them certain frameworks to work in and some ideas on how they can exploit their qualities. Then it is up to them and I thought both of them were really good today.’

Smith Rowe made his first-team debut in 2018 before being sent out on loan to RB Leipzig and Huddersfield.

Since returning from his spell with the Championship club last season, he has cemented a regular place in the senior squad and has drawn praise for his eye-catching performances.